‘He’s quite a lot of people’s favourite player’: Takehiro Tomiyasu is likened to Arsenal icons Lee Dixon and Lauren by Kevin Campbell as he praises toughness of Japan international

Takehiro Tomiyasu has been praised for his toughness and likened to Arsenal icons of past decades.

The Japan international arrived from Bologna in the summer and went straight into Mikel Arteta’s starting line-up for the 1-0 victory over Norwich.

He has missed just one league match since then – the 5-0 victory over the same opponents at Carrow Road last month – and his displays have drawn praise from all quarters.

His no-nonsense approach has won him several admirers, including former Arsenal striker Kevin Campbell, who has compared the right back with former players Lee Dixon and Lauren.

‘I think his toughness and his relentless nature is how Lee Dixon used to play and he’s a bit like Lauren, Lauren was tough, he could play and he was tough,’ Campbell told the Highbury Squad Youtube channel. 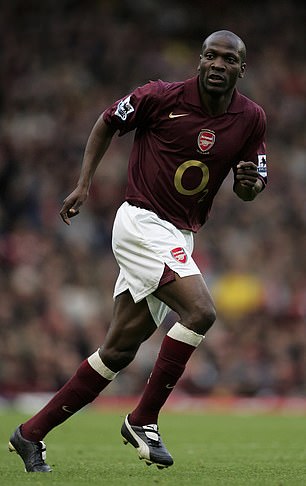 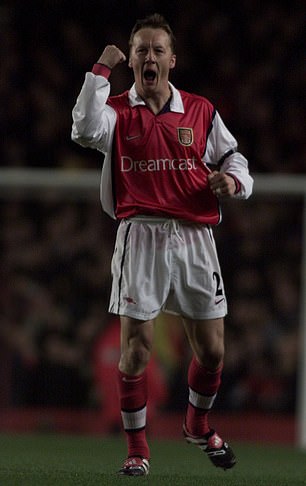 ‘Tomiyasu has a bit of different spice to him as well, because aerially, he’s dominant.

‘We hit him sometimes at goal kicks because he’s aerially dominant. At that back-stick where we’ve had so many problems in the past, we don’t seem to have those problems anymore. I think he’s quite a lot of people’s favourite player.’

Arsenal were due in Carabao Cup action this week, however, their semi-final first-leg clash with Liverpool was postponed due to a Covid outbreak in the Reds camp.

Instead, Arteta’s men are now preparing for a clash with Nottingham Forest in the FA Cup on Sunday evening.