‘The Benitez factor is a HUGE problem for them’: Everton manager has got ‘real issues’ which will ‘grow and grow and grow’, insists Chris Sutton after their third straight defeat at Wolves

Chris Sutton is fearing for Rafa Benitez after his Everton side slipped to a third-straight defeat, accusing the Toffees of only ‘turning up’ for 45 minutes.

Benitez’s men have just a 2-0 win over rock-bottom Norwich to show from their last six matches, and their performance at Molineux on Monday night continued a worrying trend.

Everton are missing key men Dominic Calvert-Lewin, Abdoulaye Doucoure and Yerry Mina and are struggling to cope, especially in a turgid first-half. 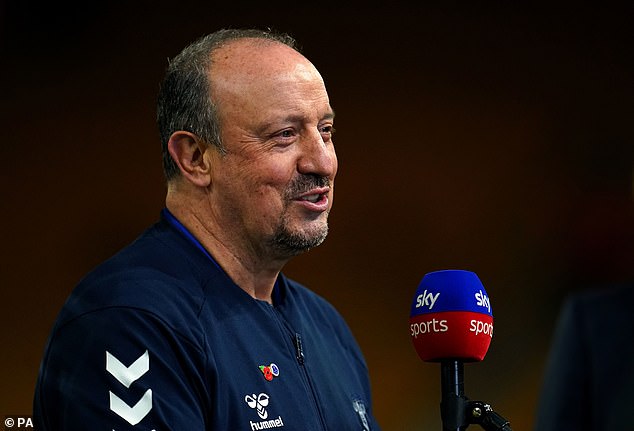 ‘This is now three defeats on the spin for Benitez. You can’t expect to turn up for 45 minutes and win a game at this level,’ Sutton said on BBC 5 Live.

‘Everton have got key players out like Calvert-Lewin and Doucoure. They look short in midfield. They were better in the second half but they’ve got problems and the Benitez factor is a huge problem for them. A lot of fans didn’t want him.

‘In the first half they came with very little intent. He’s got real issues. 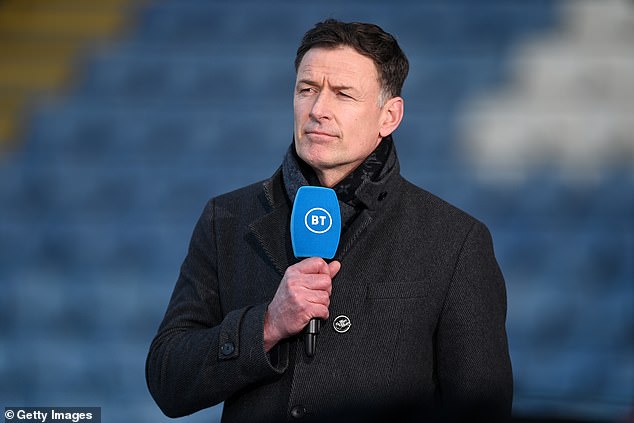 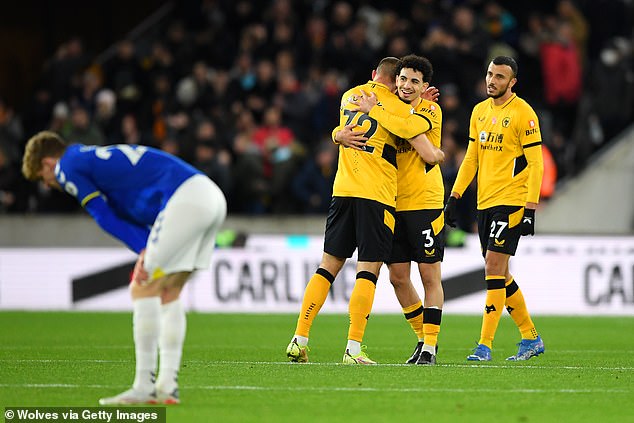 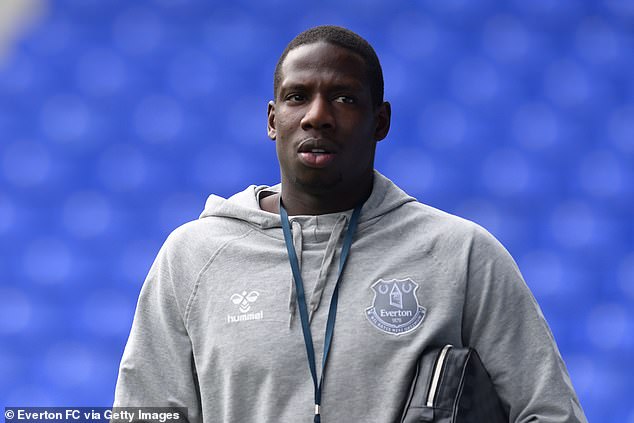 As an Anfield icon Benitez’s appointment was faced with initial disgust from some Everton fans but following a lightning start to the season that talk was binned.

Benitez insists he’s received a overwhelmingly positive reception from the Goodison faithful but he must get result flowing again to avoid his Liverpool stint getting more mentions around the ground.

The Toffees face a brutal run of fixtures amid their injury troubles, with manger-less Spurs up next on Sunday. Manchester City, Liverpool, Arsenal and Chelsea all await in their next seven games.