We have witnessed some brilliant cameo appearances down the years, but can you name a better super-sub than Ajax youth team goalkeeper Daan Reiziger?

With Ajax locked at 0-0 against Atletico Madrid in the UEFA Youth League and with the contest heading to a penalty shootout, the Eredivisie youth side opted for a late change that would end up making all the difference.

Manager John Heitinga substituted Reiziger on in the 93rd minute just for the penalty shootout and it more than paid off as his heroics sent Ajax through to the quarter finals of the competition. 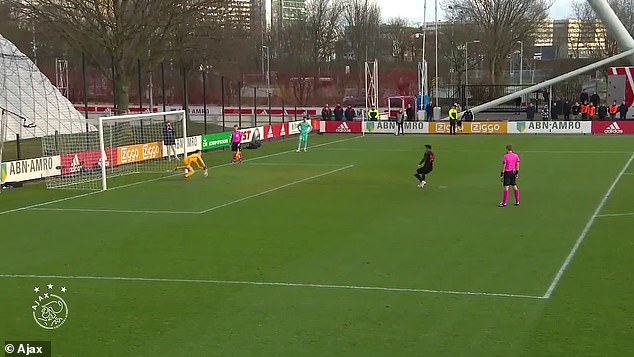 Reiziger ended up remarkably saving three penalties before scoring the winner with an emphatic finish into the top right corner as the club’s chief executive Edwin van der Sar watched on alongside Daley Blind and Donny van de Beek.

And the man of the moment savoured the special occasion by imitating Cristiano Ronaldo’s iconic celebration before his team-mates mobbed him following their 6-5 shootout victory. 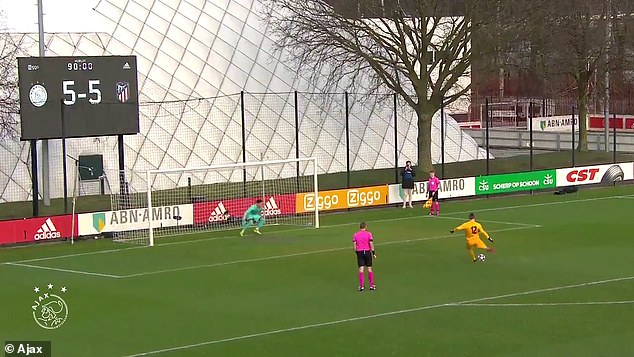 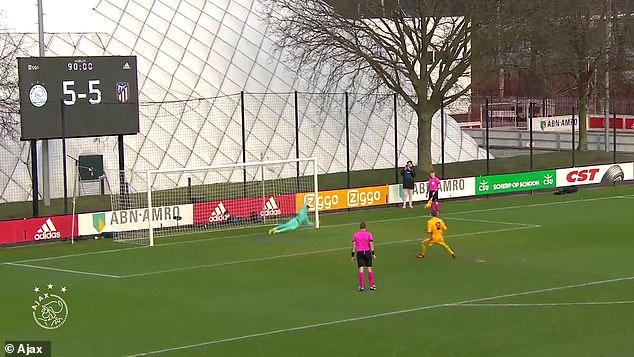 Then Holland coach Louis van Gaal took the unusual step of replacing Jasper Cillessen with another goalkeeper, Krul, as they were approaching penalties in the quarter final.

And it couldn’t have worked out any better as Krul saved two spot-kicks as Holland went on to win 4-3 on penalties.

Ajax will now face the winner of Red Star Belgrade or FC Midtjylland in the quarter finals in two weeks time. 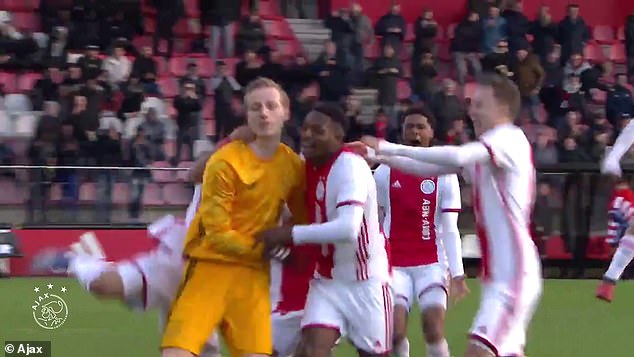 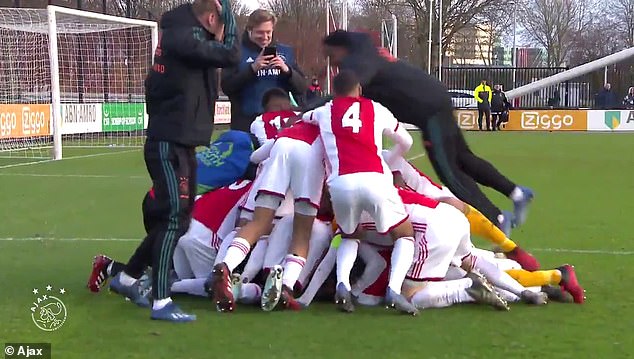