Steven Naismith pulls out of the running to become St Mirren’s new manager after former Scotland and Everton striker was unable to reach an agreement, with Stephen Robinson now set to seal a SPFL return

Steven Naismith has pulled out of the running to be the next manager of St Mirren.

And the withdrawal of the Tynecastle under-18s coach has cleared the way for former Motherwell boss Stephen Robinson to seal a surprise return to the SPFL as Saints boss.

Jim Goodwin left the Paisley club to join Aberdeen over the weekend.

And Hearts gave former Rangers, Everton and Scotland attacker permission to hold talks with the Saints hierachy. With the two sides unable to reach an agreement he will now stay in his current post.

Aberdeen player-coach Scott Brown was another St Mirren wanted to speak to.

In a shock move, however, the appointment of 47-year-old Robinson is set to be rubber stamped at a board meeting tonight.

Bookmakers firm mcBookie now closed the book on the Morecambe boss Robinson returning to Scotland after a flurry of bets on the Northern Irishman this morning. 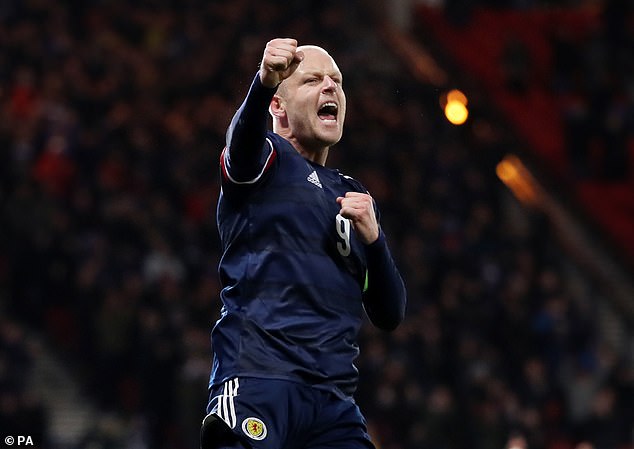 Motherwell boss for three years until he resigned in 2020, the 47-year-old only joined the League One side in the summer.

A McBookie.com spokesman said: ‘Stephen Robinson was an outsider at 10/1 and he was backed into odds-on after a flurry of bets on him and we suspended the market.

‘Some punters seem to think the St Mirren job is his, but he would to be persuaded to leave Morecambe and return to Scotland again.’

‘Morecambe FC can confirm that we have been approached by Scottish Premiership side St. Mirren to speak to manager Stephen Robinson in relation to their managerial vacancy.

‘The Club has reluctantly granted St. Mirren permission to speak to Stephen regarding the position.

‘We hope for a swift resolution to this matter.’