‘Last time I checked, it isn’t a no-contact sport’: Steven Gerrard tells Arsenal’s Bukayo Saka to toughen up after complaining about fouls in Aston Villa clash… and says injuries come ‘on the back of earning a living in English football’

Steven Gerrard shifted a little uncomfortably in his seat. Maybe it was the tone of the question or just the metal screws in his hips.

The Aston Villa boss had just been informed of Bukayo Saka’s post-match TV interview in which the Arsenal match-winner revealed that he asked referee Andy Madley for a ‘bit more protection when the opposition is trying to kick me’.

‘He said we were too rough? They didn’t commit any fouls today?’ replied Gerrard incredulously, perhaps already aware Arsenal had edged the foul count 14-13. 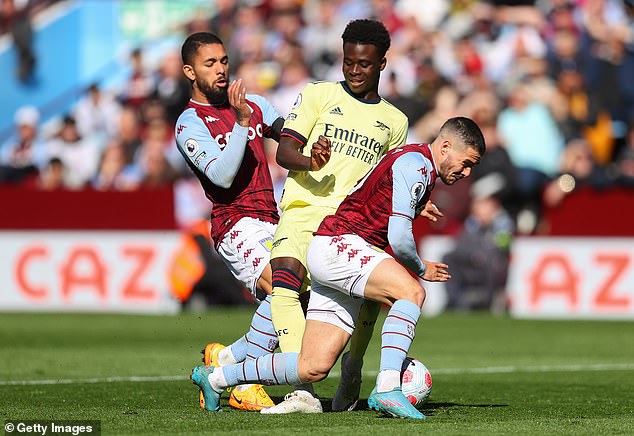 Gerrard is not a man to go to in search of sympathy on these matters. He was full-blooded as a player and expects the same from his team as a manager.

‘The last time I checked, it isn’t a no-contact sport. I think tackles are allowed, physicality is allowed, aggression is allowed.

‘He (Saka) is a good player, an outstanding talent. I love him. But he can’t complain about that side of it. That’s football.

‘I’m sitting here now with screws in my hips. I’ve had about 16 operations. I’m struggling to go to the gym at the moment. That’s all on the back of earning a living in English football. He’ll learn and he’ll learn quick.’

In defence of Gerrard and Villa, Saka (right) was only fouled three times in the 69 minutes he was on the pitch. This hardly constitutes a campaign of violence.

Yes, Tyrone Mings caught him with his follow-through when he won the ball in the 32nd minute, leaving Saka needing treatment for a cut on his right ankle.

But there was no malice in Mings’ sliding tackle despite a yellow card from Madley, and there was no need for the melee that followed.

It wasn’t anything that will stop Saka reporting for international duty this week or sharing a dinner table with his England team-mate Mings. 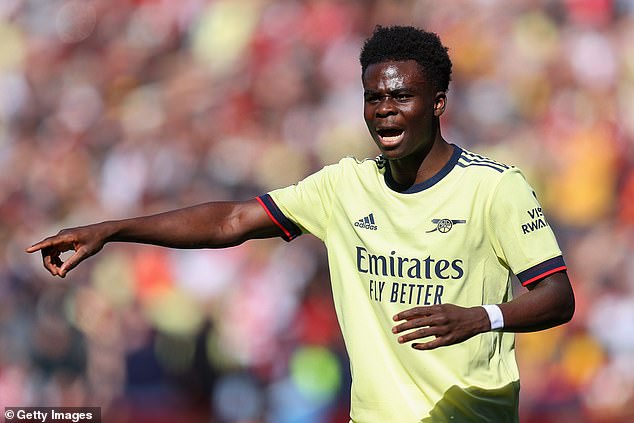 The two other fouls on the 20-year-old winger came from veteran Ashley Young, who probably felt he had little choice when faced with such a challenging opponent. Saka was excellent again here.

The first infringement resulted in Arsenal’s goal as Saka took a quick free-kick with Cedric Soares wide on the right, then popped up on the edge of the box moments later to fire home.

It was Saka’s seventh goal in his last 11 league games and Arsenal’s 2,000th in the competition. 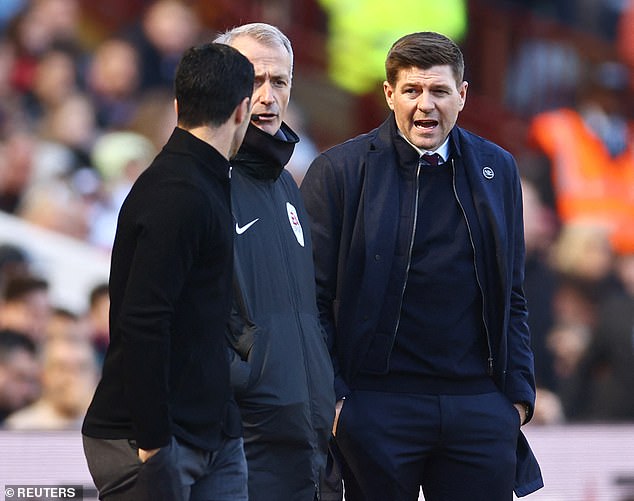 A deserved victory tightened the Gunners’ grip on fourth place.

It felt significant and their players stayed out on the pitch long after the final whistle to celebrate in the sunshine with supporters chanting their new song about being back in the Champions League and ‘Super Mik Arteta’.

‘You see the way they celebrated at the end? It was like they’d won the league,’ sniffed Young.

Related posts:
Previous Post: England eye quick runs and wickets – look ahead to day five of the second Test against West Indies
Next Post: A decade on from the competitive 2012 season as F1 enters a new era