Jurgen Klopp labelled Antonio Conte ‘the Pep Guardiola of Turin’, while the Spurs boss loves his Liverpool counterpart’s ‘passion’… the box-office managers have always held each other in high regard as they get set to reunite on the touchline today

The box-office bosses meet for the first time in more than three-and-a-half years following the Italian’s stint abroad.

The pair have only met each other on four occasions and it’s honours even heading into a highly-anticipated fifth episode. 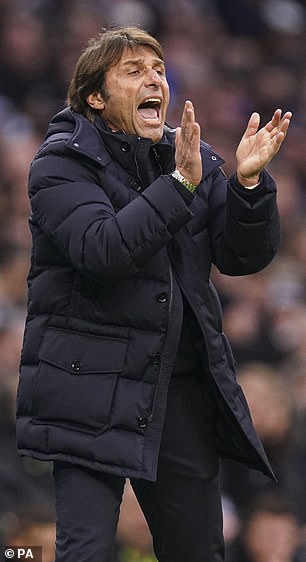 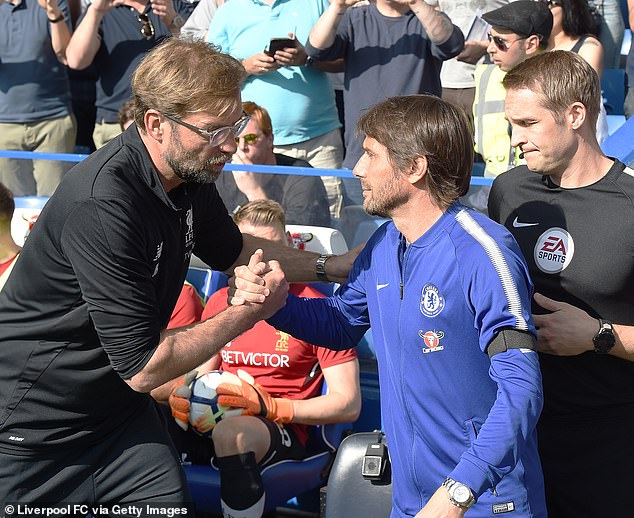 Nothing other than the utmost respect has been shown between the illustrious managers ever since they prowled the same touchline.

Tasked with returning Chelsea back to the summit of England, Conte arrived at Chelsea in the summer of 2016 following a short stint as Italy boss.

He dipped into the national football scene following a trophy-laden spell at Serie A giants Juventus.

His exploits in Turin sent out a message and caught the attention of Blues chiefs, while they did not go under Klopp’s radar.

‘The most important thing is he’s a great manager, a very successful manager,’ Klopp said ahead of their first encounter five years ago.

‘The Pep Guardiola of Turin – he created their special kind of play. Very successful with the Italian national team [too].’ 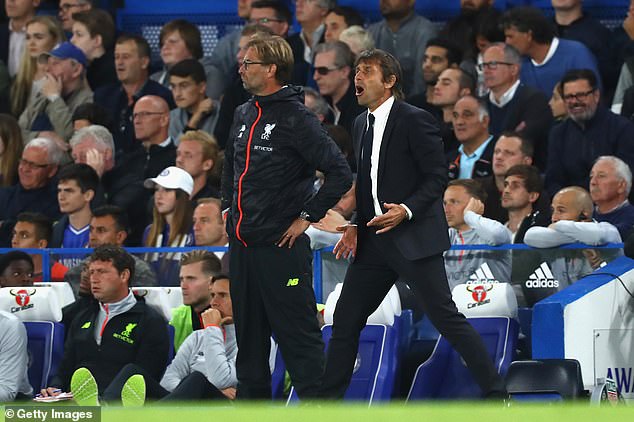 The charm offensive worked as Klopp’s Reds handed Conte his first defeat as Chelsea boss with goals from Dejan Lovren and Jordan Henderson sealing a 2-1 win at Stamford Bridge.

Conte was equally as effusive when discussing Klopp, saying: ‘Jurgen Klopp is a good manager, one of the best in the world. He’s showing his capacity to be a great manager.’

In the reverse fixture four months later their sides shared the spoils as Georginio Wijnaldum cancelled out David Luiz’s opener.

Nevertheless, Conte masterminded the Blues to Premier League glory in his debut campaign in England – a feat that neither Manchester City boss Guardiola or Klopp were able to achieve. 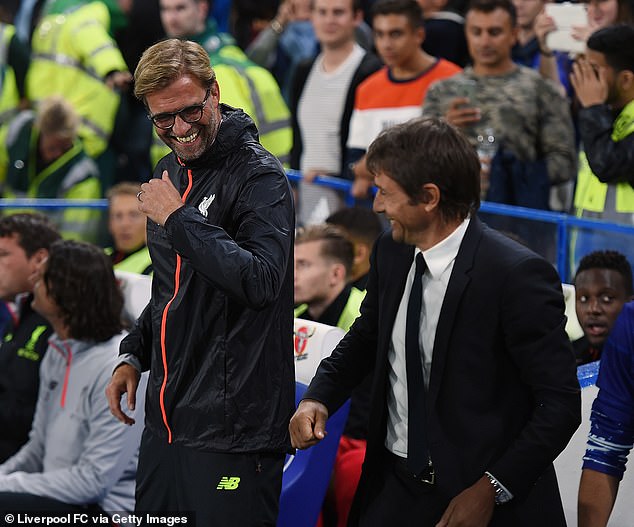 ‘At Chelsea, I won the Premier League in the first year and the FA Cup in the second year,’ the former Inter Milan boss said in February last year.

‘Klopp hasn’t won anything yet in England after four years and Guardiola didn’t win anything in his first year.’

Conte’s Chelsea were unable to defend the Premier League title in the 2017-18 season as Guardiola’s City side ran away with it, but he did finally get one over the Merseyside boss.

After a 1-1 draw at Anfield earlier in the term, Olivier Giroud scored the only goal as Conte’s Blues defeated Liverpool at the back end of the season.

The former Blues boss expressed his admiration for his counterpart ahead of their fourth meeting.

‘We are talking about a coach who shows at every moment a great passion for football,’ he said. 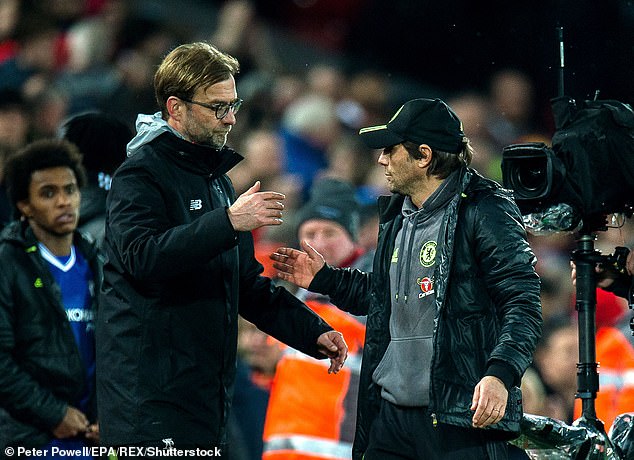 ‘It’s important not to change your behaviour or your characteristics, otherwise you are a fake person.’

Conte’s Tottenham are unbeaten in the league since he succeeded Nuno Espirito Santo, winning their last three while Klopp’s Reds juggernaut is showing no signs of relenting.

Spurs have not played for two weeks following a coronavirus outbreak in their camp while Virgil van Dijk, Fabinho and Curtis Jones all missed Liverpool’s 3-1 win over Newcastle on Thursday after registering suspected positive Covid-19 tests.

Both share a similar style by cutting energetic and demanding figures from the dugout and have always held in each other in high esteem.

Since their latest clash in May 2018 Klopp has guided Liverpool to Champions League and Premier League success while Conte won his fourth Serie A title earlier this year.

The appreciation levels between the two will only have increased.