Gareth Southgate has postponed contract talks with the FA until England’s World Cup qualification campaign is over – and stressed his future is not a distraction.

The England manager, who is nearing five years in the job, has 14 months remaining on his current terms but the FA want to tie him down to a new deal running to the 2024 European Championship in Germany.

The governing body made it clear during this summer’s Euros that they want Southgate to continue leading the most exciting group of young players in a generation, and believe he will be the man who lands England’s first trophy since 1966.

FA chief executive Mark Bullingham and technical director John McDermott will lead the talks when they take place but Southgate – whose team face Poland in Warsaw next – insists there is no hurry. Furthermore, he says his players are not flustered, either.

When asked if the squad had been talking about his contract situation, Southgate said with a smile: ‘I would have thought they couldn’t care less!

‘They aren’t bothered who the manager is at club or country. One comes, one goes. They get on with it. 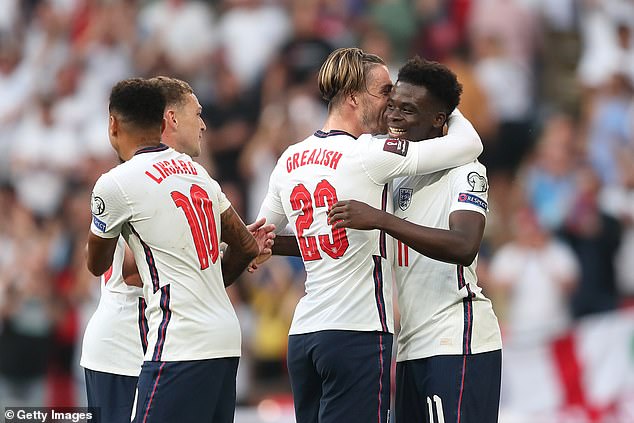 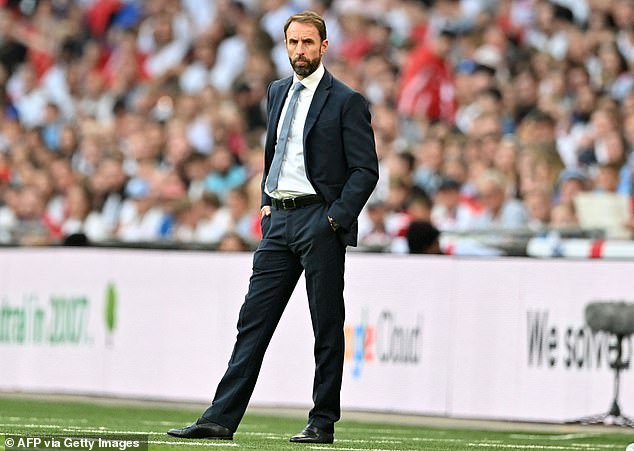 ‘So, no, it’s not a distraction in any way, shape or form. I’ve got 14 months and if you can get through 14 weeks as a manager you have done well, so it really isn’t an issue. I enjoy working with the team and I imagine that we won’t even discuss that until after the autumn now.’

England face Andorra and Hungary next month before their Qatar 2022 qualifiers conclude in November against Albania and San Marino.

Southgate will then be in a position to meet Bullingham and McDermott.

The England boss is also looking for players who could emerge to be involved next winter and has urged Callum Hudson-Odoi not to lose heart about his prospects. 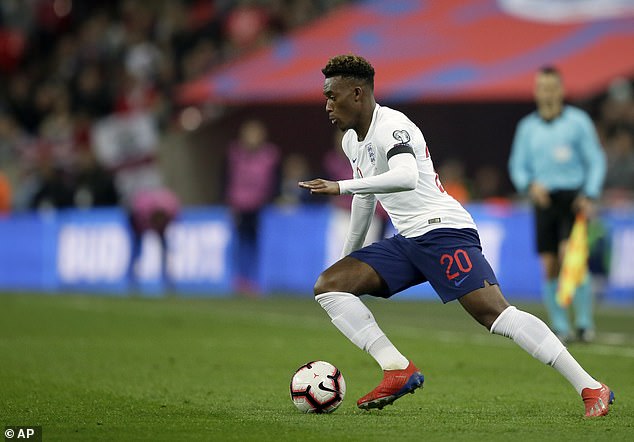 Hudson-Odoi, 20, rejected the chance to feature for the Under 21s this month after being called up by new manager Lee Carsley.

Ghana would like to pick the winger, to whom Southgate gave an international debut in March 2019, but he has struggled for opportunities at Chelsea.

‘Lee and John McDermott have been dealing with it,’ said Southgate. ‘We are tracking Callum, we know he can be a top player and he’s still so young.

‘It’s going to be challenging to get in the front three at Chelsea now that (Romelu) Lukaku is there, so I think the Under 21s can be an important part of his development.’