A walk of about 20 minutes from Hanley Town’s ground takes you to Seymour Street and the terrace house where Sir Stanley Matthews was born in 1915.

A plaque outside describes Matthews as ‘Footballer and gentleman’. Those who watched him entertain for Stoke, Blackpool and England preferred ‘The Wizard of the Dribble’ or ‘The Magician’.

So there is something fitting that in the FA Cup’s 150th year, the hometown club of a player who had the 1953 final named after him should progress further than ever before.

Looking down from some heavenly perch, you could imagine the great man smiling his appreciation as ninth-tier Hanley battled to a draw on Saturday against a Brackley team three levels higher.

It was one of those FA Cup occasions that had all the ingredients for a shock result. Pouring rain throughout creating a sodden playing surface, allowing tigerish underdogs to well and truly get stuck in.

An engaged and vocal crowd of 518 swollen by the fact Stoke had played the night before and Port Vale were in action later in the afternoon — numbers which caused snaking queues for the tasty meat and potato pies with gravy served from the refreshment hut. 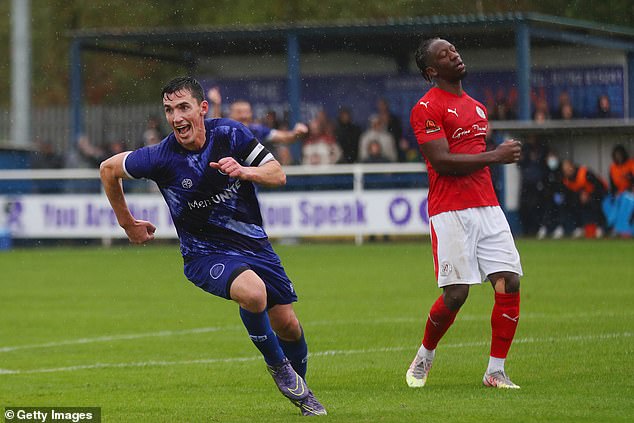 Louis Dodds put Hanley Town ahead in the first half, before Brackley Town levelled

And the presence of the BBC cameras looking for the upset of the round, balanced on scaffolding which doubled the height of the modest main stand.

The game was on the BBC’s red button and website, the prime pick of the weekend’s 41 ties with Hanley one of five ninth-level clubs left and Brackley second in the National League North.

In the end, a 1-1 draw represented a mild surprise rather than a full-on shock but it was a fair reflection with very little to suggest a three-division gap.

Hanley had already seen off Lye Town, Haughmond, Leicester Road and Chasetown, having commenced their FA Cup adventure in the extra preliminary round on August 7. 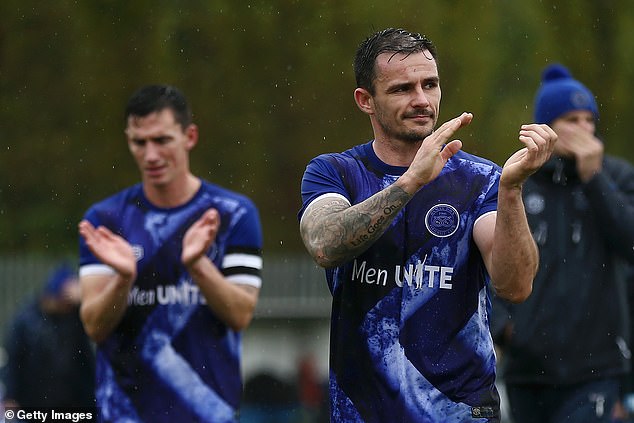 Despite playing a side three divisions higher, Hanley Town were not fazed by the occasion

Now they will be in today’s draw for the fourth qualifying round — 90 minutes away from a potential plum tie with League One or Two opposition — albeit with a tough replay to come tomorrow.

But Hanley are an ambitious club and want such cup runs — this one has already earned them £10,000 — to be an annual occurrence. Chairman Ron McIlreavy wants Hanley to play at Brackley’s level within five years and their teamsheet featured a number of names familiar to those who follow a higher standard of football.

Defender Ryan Shotton, 32, is formerly of Stoke, Derby, Birmingham and Middlesbrough, returning to the Potteries after a stint playing in Australia. 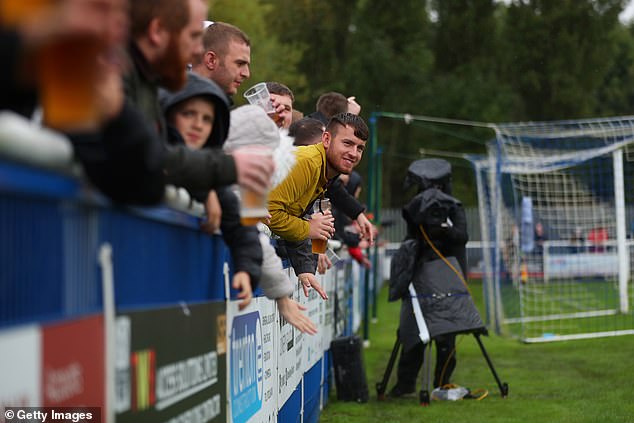 And player-manager Carl Dickinson, 34, played alongside Pugh and Shotton when the Stoke of Tony Pulis loved to rough up more esteemed opponents.

Hanley, still unbeaten this season and brimming with confidence, made light of demanding conditions to more than match Brackley in the first half.

They led through a well-taken low strike by Louis Dodds, veteran of 332 games for Port Vale, 10 minutes before the break. But Brackley emerged a different side and levelled when captain Gareth Dean headed home at a corner.

This prompted the small band of drenched Brackley fans who were wearing Hawaiian shirts despite the very untropical conditions to take them off and dance around behind the goal. 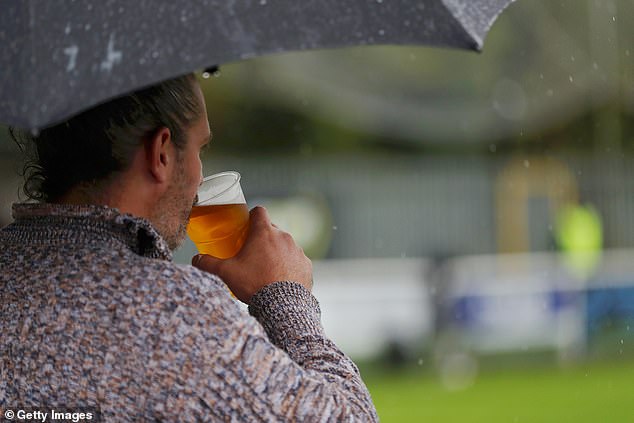 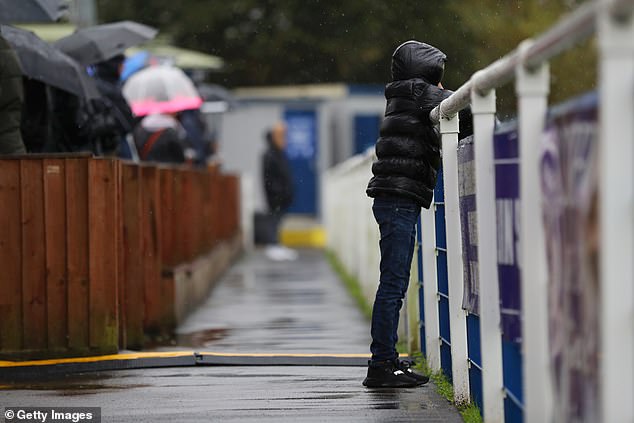 Hanley were left holding on when Shotton was harshly sent off. As the last man, he brought down Matt Lowe having taken a big chunk of the ball first.

Shotton was furious, venting his frustration as he made the long walk back to the dressing room.

‘It’s as clear as day. I’ve been sent a video by a friend and you can see I got the ball,’ he said. But the hosts held out and plan to run free transport to the replay.

Brackley boss Kevin Wilkin said: ‘It was a tough afternoon for us. Hanley are a strong side and clearly better than the level they are playing at with some experienced players in their side.’

Brackley have reached the second round three times, twice dumping out Gillingham, but this time the hunters have become the hunted.