Atletico Madrid’s warm-up match with Feynoord crumbled into chaos on Sunday, with Yannick Carrasco sent-off amid a brawl which Diego Simeone had to break-up.

The Spanish champions are gearing up to begin their LaLiga defence next weekend, and were down 1-0 in the first-half against the Rotterdam club.

On 39 minutes Carrasco’s battle with full-back Tyrell Malacia boiled over, with the 27-year-old kicking out at his opponent after they challenged for the ball. 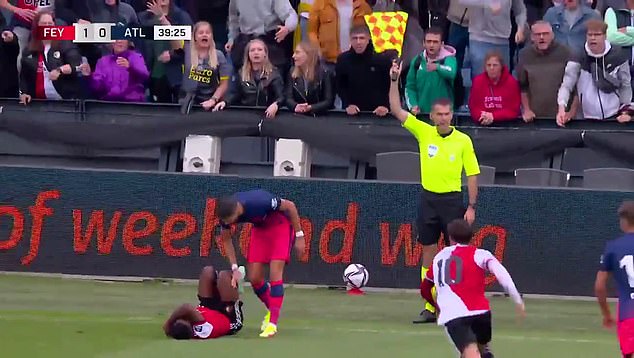 As Malacia rolled around in faux agony the Belgian was seeing red, taunting and slapping the floored Dutchman – who instantly sprung to his feet to retaliate.

Team-mates piled in and a struggle ensued, with Orkun Kokcu moving away from the scrum with blood smeared across his neck and face.

Jan Oblak pulled the winger away but before his rage could continue, Simeone stepped-in.

The Argentine hard-man came trotting across the field and grabbed Carrasco like a parent furious at their toddler, launching a tirade at his player as the referee raised a red card. 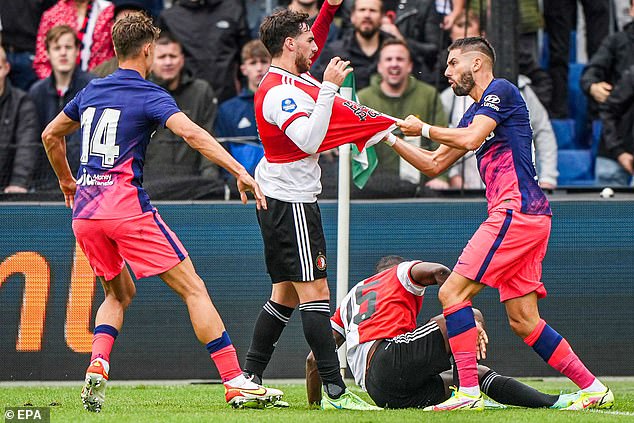 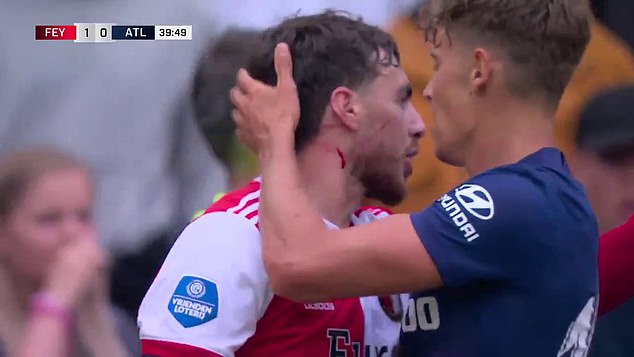 Atleti went on to lose the angsty friendly 2-1 despite Angel Correa’s late equaliser, as Naoufal Bannis snatched a winner deep into injury-time.

The result and Carrasco’s behaviour will have frustrated Simeone so close to the season, and the manager have to re-focus his players for the season opener away to Celta Vigo.

Atleti won the LaLiga title on the final day last season, finishing two points ahead of Real Madrid. The last time they clinched back-to-back titles was in 1951.