The 27-year-old will again skipper Clarke’s side in the absence of the injured Andy Robertson in their Nations League match at home to the Republic of Ireland.

McGinn has scored 14 goals for his country since making his debut against Denmark in March 2016 and Clarke is a huge fan.

‘You’ve just got to look at his contributions, his goalscoring record, his assists,’ said Clarke. ‘He can play different midfield positions and he brings his own bubbly, bright personality into the group. He’s a key member of the squad.

‘Hopefully he can keep it going and get to 100 and get a few more goals and assists.’

Scotland beat Ukraine 3-0 on Wednesday, less than four months after losing 3-1 to them in the World Cup play-offs. 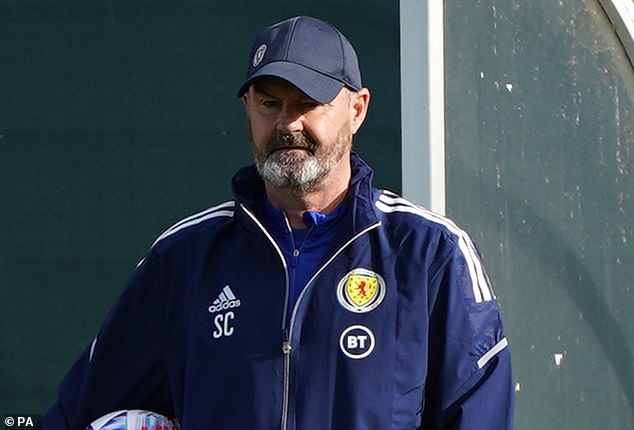 Clarke is hoping for a similar turnaround against an Ireland side who beat his men 3-0 in Dublin in June.

‘We have to be ready for everything Ireland throw at us,’ said Clarke, who has added St Mirren centre back Declan Gallagher and Verona left back Josh Doig to his squad after Nathan Patterson and David Turnbull withdrew due to injuries.