Saul Niguez’s nightmare loan spell at Chelsea took another turn for the worst after being subbed at half-time for the second time in as many league starts for the club.

The midfielder arrived in the summer from Atletico Madrid and an error strewn performance on his debut against Aston Villa in September led to him being replaced at the break.

In the following nine Premier League games he was only given two minutes in a victory at Newcastle United, before being handed another first-team opportunity at Watford. 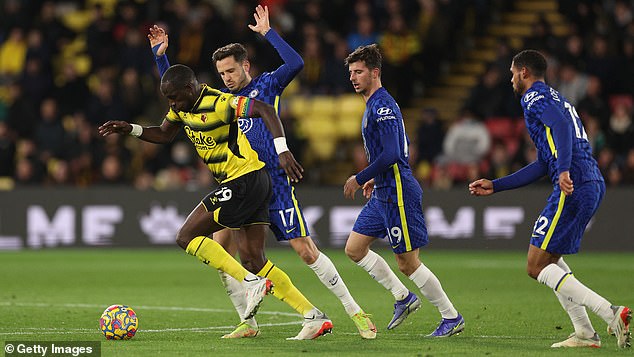 On just his second Premier League start at Watford, Saul (17) was substituted again at half-time

With Jorginho not fit enough to start, the 27-year-old failed to make the most of his chance, with Watford enjoying more of the game at Vicarage Road, and Emmanuel Dennis having equalised following Mason Mount’s opener.

Saul was withdrawn at the break for centre-back Thiago Silva and although the Blues barely improved, they still managed to ground out victory through a second half Haikim Ziyech strike.

Despite Saul’s struggles appearing to continue, manager Thomas Tuchel insists the decision to bring the Spaniard was off purely a tactical one.

But Tuchel was also coy when he was quizzed on Saul’s future. 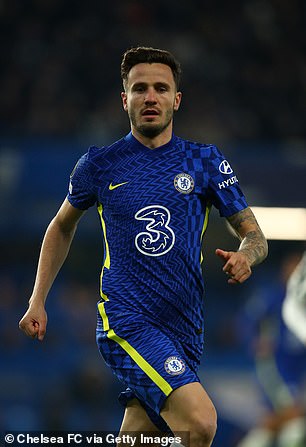 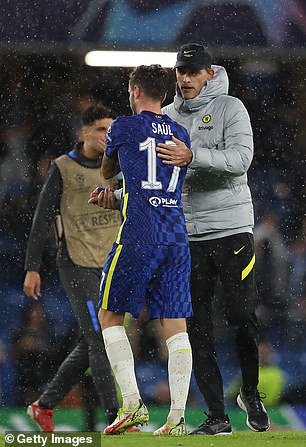 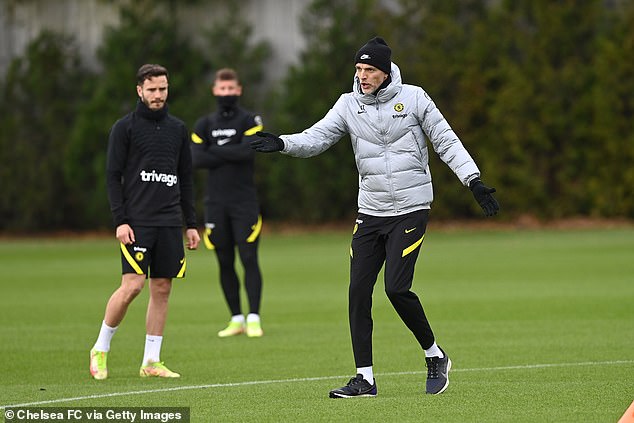 He said: ‘I don’t know where he goes from this performance but he was on a yellow card so we had two options – take Marcos [Alonso] off who also had a yellow card and try Saul as a wing-back.

‘I had this in my mind before the game, if something happened to Marcos. I thought maybe it was not the right match to try things with new positions so it was him to change the shape a little bit and have Thiago on the pitch with his organising.

‘Having Trevoh [Chalobah] on the six who is more physical – unfortunately Trevoh injured himself and we ended up with Ruben on the single six. It was a tactical decision.’

As well as his Premier League appearances, Saul has also featured in a couple of cameo performances in the second half during comfortable 4-0 Champions League wins over Malmo and Juventus, while he also started in Carabao Cup victories over Aston Villa and Southampton.