‘There is a great bitterness, but we must move forward’: Samir Handanovic believes Inter Milan’s Europa League final heartache can be ‘a starting point’ after his side were beaten by Sevilla

The 36-year-old claims there was a ‘great bitterness’ surrounding the result, having previously said that securing the silverware would enable the club to head back towards their previous heights.

Handanovic refers to Romelu Lukaku’s own goal – which consigned Conte’s side to defeat after initially giving them the lead from the penalty spot early on – as ‘bad luck’ but insists the team must ‘move forward’.

Having won their last trophy in 2011, Handanovic believes Friday’s result will be the catalyst for the Nerazzurri’s future success.

‘There is a great bitterness, but we must move forward. As I said yesterday, this is a starting point, and we hope to play many more of these games,’ Handanovic told Sky Sport Italia.

‘It’d be easy to point to various things that went wrong. We had opportunities, especially with Lukaku. It’s too bad; it could’ve been a different game. 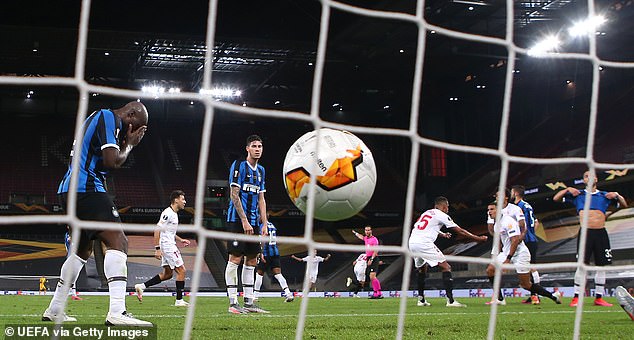 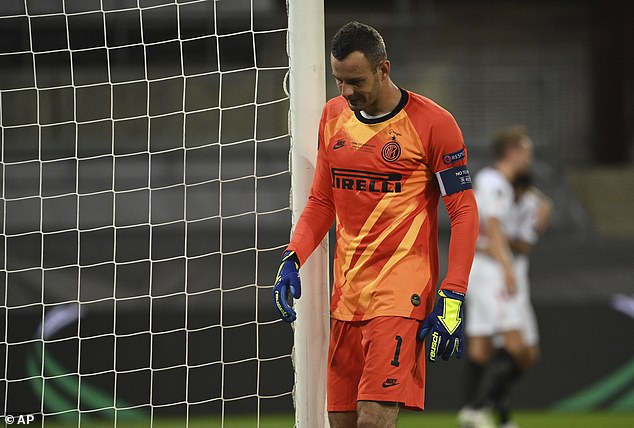 ‘We faced each other head-on. It was open; we both wanted to win. We should’ve held the ball better in the second half, as I think they were more tired and we had more fuel in the tank.

‘The third goal was unfortunate, as it was going wide and it just hit Romelu’s foot, so that was bad luck and ultimately decided the match.

‘We can build on the solid foundations for next season. Sevilla are a tough opponent, and I congratulate them, now let’s move one.’

Inter will now have four weeks to get over their defeat and prepare for the return of Serie A as the new season begins on September 19.