Emerson Royal’s Tottenham transformation mirrors his side’s upturn under Antonio Conte… now, with their Champions League fate in their hands, the ex-Barcelona man delivers a rallying cry to his team-mates to get the job done

Emerson Aparecido Leite de Souza Junior had already anticipated the angle of attack and predicted where this interview was likely to start as he settled into his chair.

‘Why do you call yourself Royal?’ was the question and the Tottenham and Brazil defender laughed loudly. ‘What did I tell you,’ he says to nobody in particular. ‘Everybody asks me that.’

The answer relates to a simple story from his childhood. One of his aunties first called him ‘Royal’ because she thought he resembled the mascot on the Royal brand of jelly sold in Brazil. And it stuck. 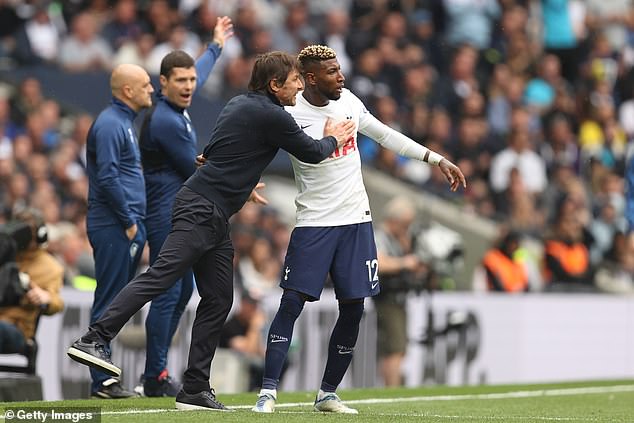 Royal was full of praise for his manager, Antonio Conte, as Spurs battle for the top four 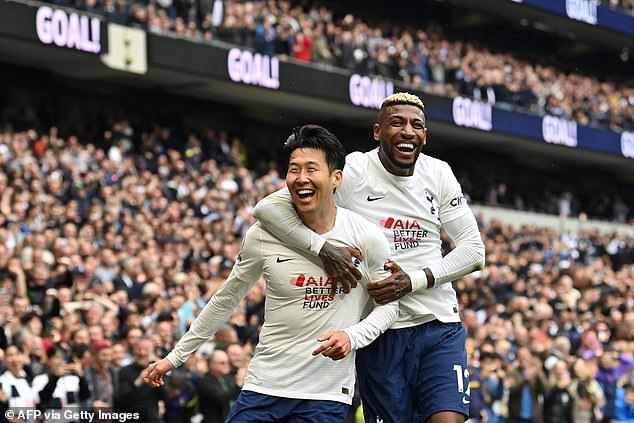 ‘These nicknames tend to go on if you get angry and I did get angry,’ he tells Sportsmail. ‘Now, I feel like it’s a part of my personality so on the back of my jersey I have ‘E. Royal’ which is my name ‘Emerson’ and ‘Royal’, which I like to be called.’

So Royal it is, and the 23-year-old has started to make a name for himself with a series of consistent performances, transformed like the rest of the team under Antonio Conte as Tottenham made a late push into the Premier League’s top four.

‘Conte is a very positive coach,’ he says. ‘He has helped the team as a whole with this vision and way of working. Since he arrived, he demanded the maximum of everyone and it was no different with me. He helped me in my personal evolution, getting the most out of me in training and games.

‘He expects me to be a box-to-box player and I’ve been doing that all my life. Defence, run, attack, run, defence, all the game. He always pushes us harder, he wants us to perform.

‘The Conte you see on the television is the one we have in the dressing room. Very energetic, he wants to win every game. When he first arrived, at his first meeting, he made it clear we could do more.

‘He made us understand we had an obligation to take Tottenham back to the Champions League. That was our main goal.’

The goal is suddenly within reach thanks to the 3-1 win against Arsenal in the North London derby and a 1-0 win against Burnley last week. Under pressure, Mikel Arteta’s team lost at Newcastle on Monday and Spurs simply need to avoid defeat at Norwich to clinch fourth and qualification for the Champions League.

‘The victory against Arsenal was essential to keep us alive in the Champions League spot,’ says Royal. ‘I believe it was the most important game of the season for us. All the work done as part of a process has been rewarded and now we are in the final phases. To move above them was what we needed most.’

‘Logically, at the beginning, I went through a phase of adaptation in the way the Premier League is played, a competition that demands much more physical strength. With time, I’ve acquired this way of playing.’

Royal’s recent performances have impressed the Spurs fans, who did not know he has been playing with a nagging pain in his pelvis, something he puts down to the load of games in his first season in English football.

‘It hurt my performance,’ he admits, but he has been more comfortable since the chance to rest during the international football in March. ‘I could focus more on my recovery. The pain stopped and I went back to training at high performance. It was then, I think, that I managed to give my best and I got back to having a good sequence of games.’

Royal joined Spurs from Barcelona last summer and admits he was not expecting a transfer to the Premier League. After two-and-a-half years at Real Betis, he thought Barca were triggering their £7.5million option to buy to put him into the first-team squad at the Nou Camp. 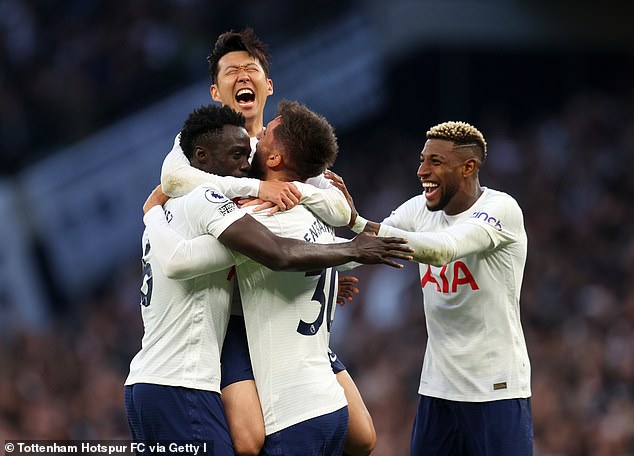 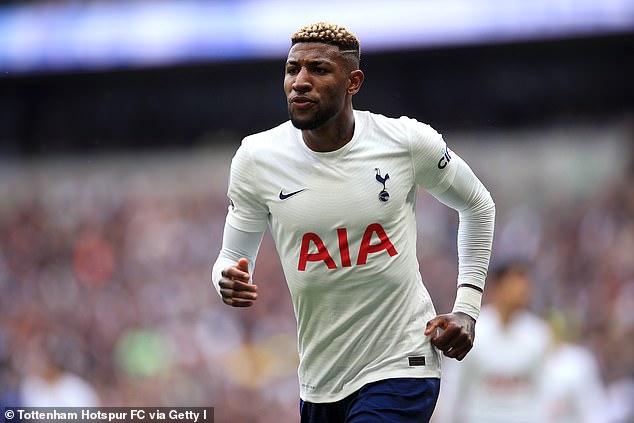 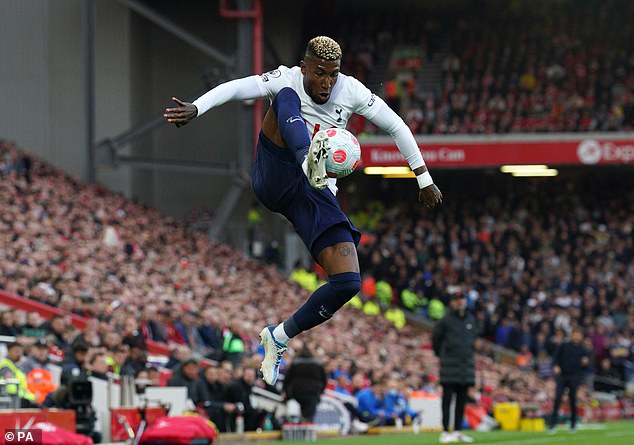 They were, in fact, about to sell him on to Tottenham for £25m to ease their financial problems.

‘I dreamt of playing in Europe,’ says Royal, recalling the time he impressed Eric Abidal, then Barcelona’s director of football, while playing for Atlético Mineiro against Grêmio in Brazil.

‘My agent told me Abidal would be in the stands and I played one hell of a game. The Grêmio coach, Renato Gaucho, came to talk to me afterwards and said I should keep pushing and I could make it into the Brazil squad.

‘When the chance came with Barcelona of course I said yes. I played a couple of seasons at Bétis to help me mature. I played a lot of games and studied a lot of Spanish, sometimes by myself.’

Royal worked hard to adapt to the European game. He was put on a programme to gain weight, build muscle and boost his physical strength but with caution so he didn’t lose his speed or mobility.

‘There was technical work, physical work. Then I was back at Barcelona where I wanted to stay and build a history at the club but it was not possible.

‘Tottenham also had a great project for me in the biggest league in the world, and where the best football is played, where every game is like a derby, where every club wants to win. Man, I was in.’

Born in Sao Paulo, Royal learned his football in the streets of the favelas, like so many Brazilian players. ‘That’s why we’re different,’ he says. ‘People seem to think that the pressure we have playing football is the greatest pressure we ever faced.

‘I would hear gunshots close to my family home when I was young. Now we have tranquillity. Every player’s dream to give better conditions to his family and I have been able to do it.

‘But I am two Royals. On the pitch, I am very serious. I don’t like to lose. I talk to my opponents to try to turn off their focus.’ 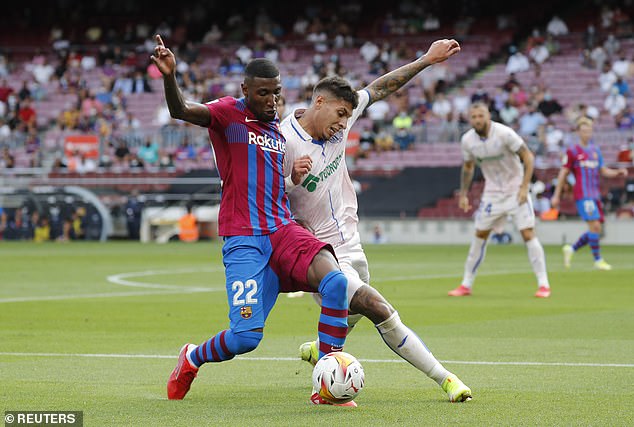 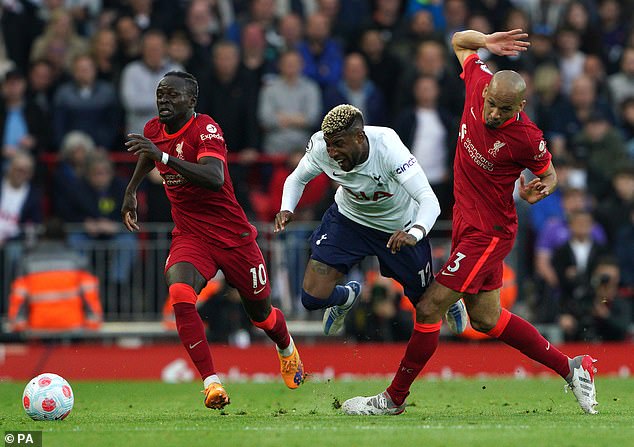 Royal’s Brazil debut came against a South Korea team including Heung-min Son, in Abu Dhabi in November 2019, and he was in the squad for last year’s Copa America.

‘Suddenly, I was alongside players I used to play in my video games,’ he says. ‘Neymar was my biggest idol. I was a Santos fan and grew up watching his team play. When we exchanged a few words at the training complex, I could see what a great person he was. A nice guy, an idol.’

Royal remains firmly in Tite’s plans, despite his dismissal after two yellow cards in the opening 20 minutes of the recent World Cup qualifier against Ecuador, in February.

‘My dream is to go to the World Cup,’ he says. ‘It’s my biggest goal and there’s no point in hiding it. It is my childhood dream. Things have happened very fast but I think what counts is maturity and the will to play. I have a lot of both.

‘I have to deliver on club level to be in Tite’s squad at the end of this year and I’ve been doing that. I believe I’m improving and will keep improving with Conte’s management, too.

‘Since I was young, every coach I had wanted me to succeed. They were all very good people and saw that I could present myself as a good footballer.’