Ronaldo returned to the Bernabeu to watch El Clasico and entered the stadium in a low key black van to avoid being detected by fans.

Supporters and TV cameras soon spotted him sat in the stands and he showed he still holds the club close to his heart after his jubilant celebrations. 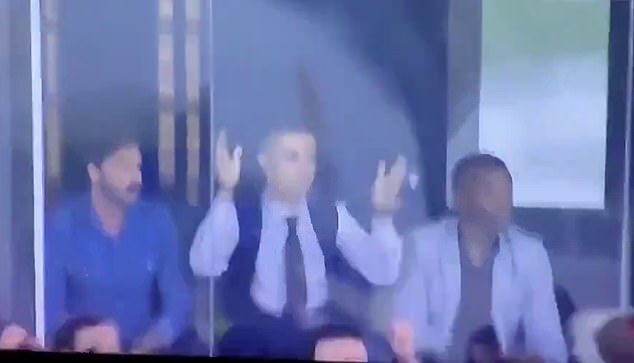 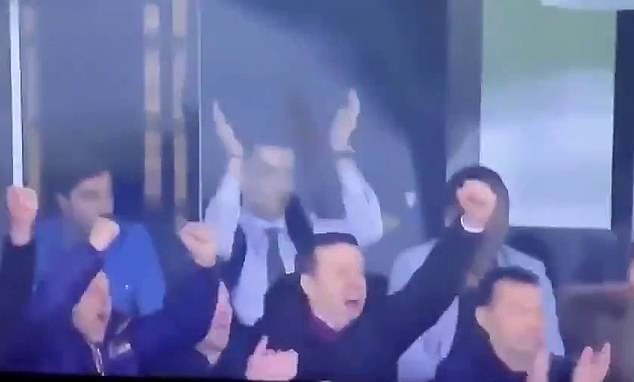 Vinicius put Madrid in front on 71 minutes and then copied Ronaldo’s famous celebration as the Portuguese clapped in appreciation from his seat.

Ronaldo’s and Madrid’s night got even better when Mariano scored a second goal in injury-time to seal victory and a potentially title defining three points.

It’s the first time Ronaldo has returned to Madrid since leaving the club for Juventus in a £99.2 million deal in the summer of 2018. 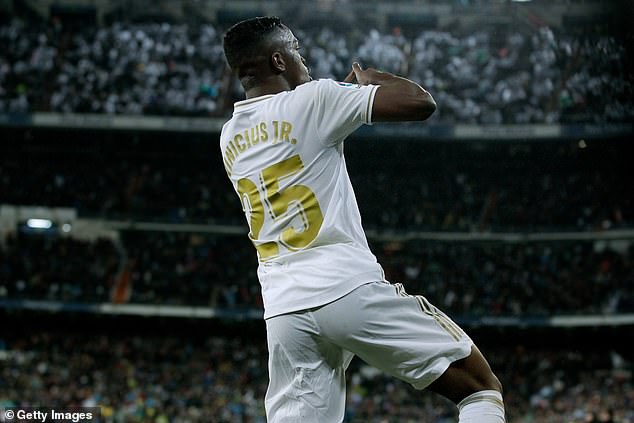 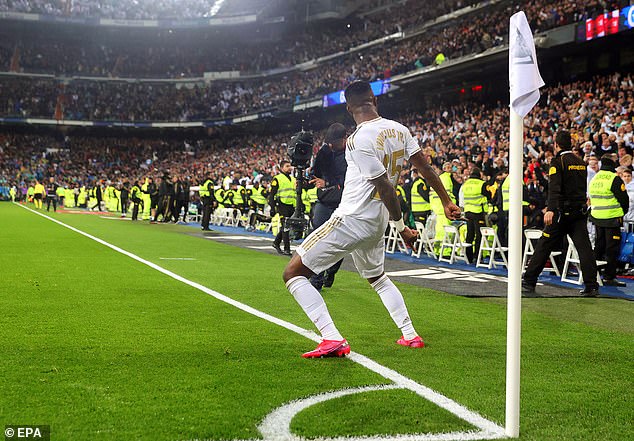 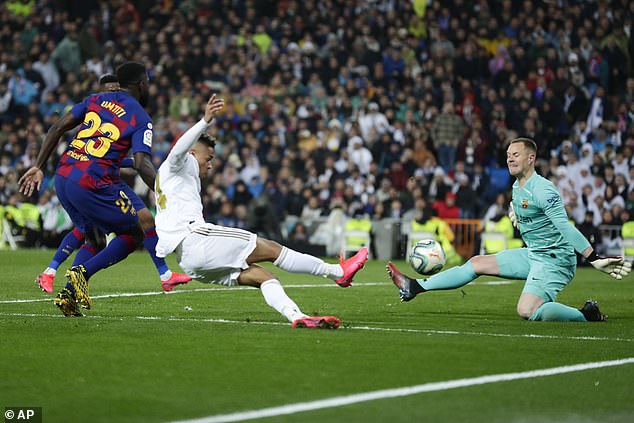 Since his departure Madrid have failed to replace his goal output after the Portuguese scored 450 goals in 438 games for the club.

However, they have put themselves in a strong position to wrestle La Liga out of Barcelona’s grasp following Sunday’s win.

Victory leaves Madrid top of La Liga by a single point ahead of Barcelona in second place with just 12 games remaining.

Madrid’s win was all the more impressive after they suffered a 2-1 defeat to Manchester City in the first leg of their last-16 Champions League tie on Wednesday.