Former England international Jack Rodwell says he did not move to Australia to wind down his career after making an impact on his debut for A-League club Western Sydney Wanderers.

Rodwell was unveiled last week and came off the bench with 13 minutes remaining of his side’s 0-0 draw with Sydney FC in Saturday’s opening round of the new A-League season.

‘I’m 30 years old and I still feel like that I’ve got the best years ahead of me,’ Rodwell told the club’s website after the game. ‘That’s why I came here, I didn’t come here to come on holiday. I’m here to give it my all. 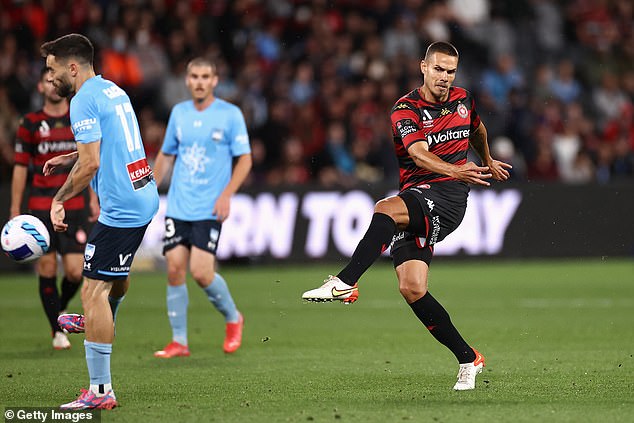 ‘We’ve got a great team here, great manager so let’s see what we can do.’

The former Everton and Manchester City midfielder was in the thick of the action soon after he was introduced for Terry Antonis and looked set to open the scoring with a long-distance effort that Sydney’s Andrew Redmayne kept out with a sprawling save to his left.

‘I thought it was in all the way,’ said Rodwell.

‘It was a great save actually. It would have been the icing on my cake for my debut.’

Wanderers manager Carl Robinson was pleased with the contribution of the former Manchester City man, but admitted it will take time before Rodwell will be fit enough to start. 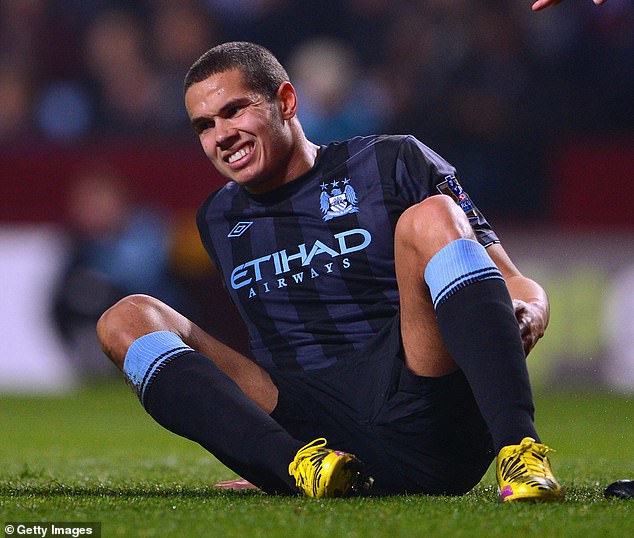 It never quite worked out for Rodwell in England, with injuries plaguing his career

‘I was pleased when he came on,’ said Robinson. ‘He brought a bit of calmness to our game. He’s got an authoritative stature about him. Just nice to see him on the field.

‘He’s literally been training for two weeks,’ added the Welshman.

‘We’ve got to be careful because the last thing that I want to do is throw him out there, get injured and then us as a club and the supporters not see him for two months.

‘It’ll take time, but hopefully in the next few weeks we’ll see him get up to speed and compete in midfield for us.’