‘Chelsea will be absolutely SICK’ after getting knocked out by Real despite dominating in Madrid, says Rio Ferdinand… as Steve McManaman blames ‘their worst 45 minutes under Thomas Tuchel’ at Stamford Bridge for the defeat

Rio Ferdinand has underlined how traumatised Chelsea will feel after blowing a lead as they crashed out of the Champions League at the hands of Real Madrid on Tuesday.

Having lost the first leg at Stamford Bridge 3-1 last week, the Blues went 3-0 up at the Bernabeu and were 4-3 up on aggregate and in pole position to progress to the last four of the tournament.

But individual errors allowed Real to score twice, and progress 5-4 on aggregate after extra time despite losing 3-2 on the night – leading BT Sport pundit Ferdinand to emphasise how upset the visiting players will be. 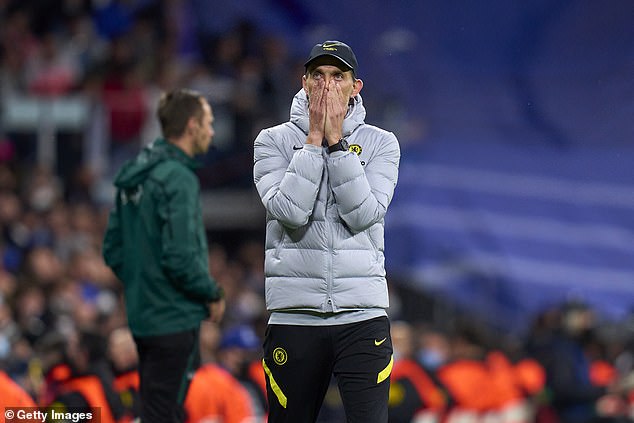 The Blues won 3-2 on the night against Real Madrid in their quarter-final second-leg tie at the Bernabeu on Tuesday, but lost their first leg 3-1 at Stamford Bridge and exit 5-4 on aggregate

He said: ‘The Chelsea team will be absolutely sick, devastated with that.’

Fellow pundit Joe Cole, a former Blues attacking midfielder, concurred, adding: ‘Chelsea will be kicking themselves. Chelsea should have won. I know this feeling all too well.

‘When you’ve been the better side and you get knocked out, it’s horrible. The FA Cup semi-final on Sunday (against Crystal Palace) takes on even more importance now. 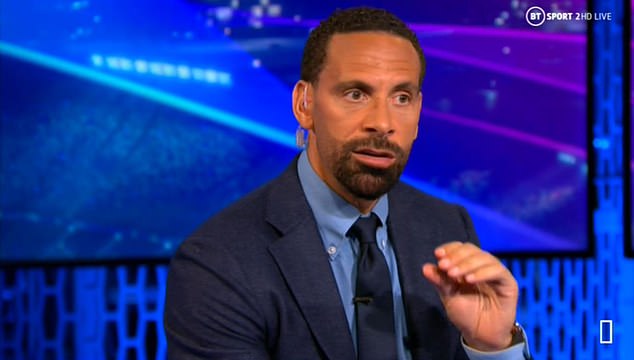 ‘Chelsea were on top of them, pressed so well. But Rio’s right, it’s the details. It was a tactical mistake by Chelsea, Vinicius Junior set up the winner. Crazy.’

But ex-Real Madrid star Steve McManaman pinpointed a shoddy first-half showing, which saw them go in at the interval 2-0 down at home, in the first leg as a key reason for Chelsea’s exit.

He concluded: ‘They saved their worst 45 minutes under Tuchel for the first half of the first leg.’