‘That’s harsh… to have that overturned is crazy’: Micah Richards questions decision to award Manchester City a penalty for Ben Mee’s challenge on Sergio Aguero after VAR intervened

Micah Richards has questioned VAR’s decision to award Manchester City a penalty in their clash with Burnley.

Sergio Aguero was felled in the box after being tackled by Burnley defender Ben Mee, with referee Andre Marriner initially deciding against awarding a spot kick to the hosts.

But the video assistant referee intervened and judged that Mee had made enough contact with Aguero to give a penalty. 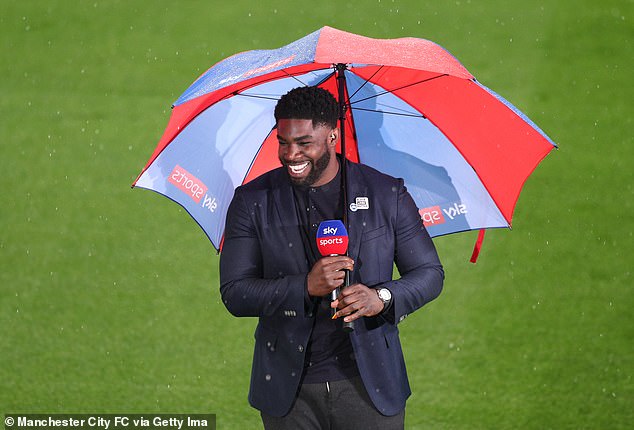 Riyad Mahrez then stepped up to convert the penalty in first-half added time to put his side three goals ahead.

Former City star Richards believed it was wrong to overturn Marriner’s initial decision after it appeared as though Mee had made contact with the ball before taking out the striker.

He said on Sky Sports: ‘I actually think that’s harsh, if I was the defender.

‘To me it looks like he’s got the ball and to have that overturned is just crazy. 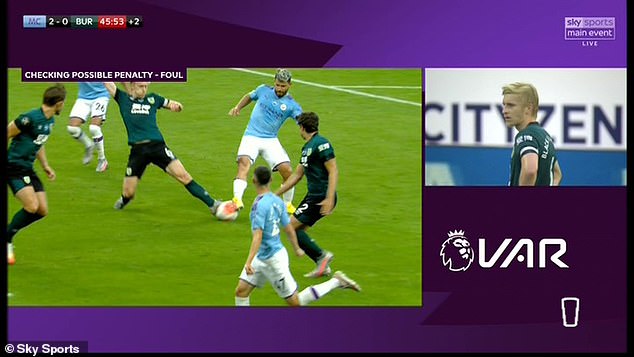 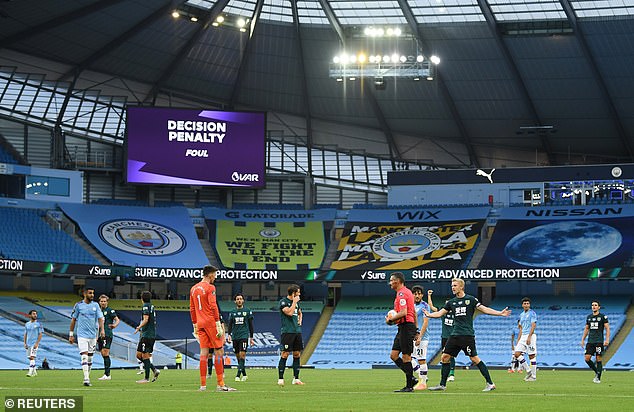 ‘If you’re a defender, you’d be giving penalties every single week for that. More importantly, I hope Aguero is OK because he’s limped off there.’

Pundit Graeme Souness agreed with Richards’ assessment and pointed to a tell-tale sign that it was not a penalty.

Souness commented: ‘There’s no reaction from the City players, they don’t think it’s a penalty. No one’s got their arms up claiming for it.

‘It is a harsh penalty. Watch the City players. No one’s claiming it, it’s a harsh one. He does catch him. Just get on with it.’ 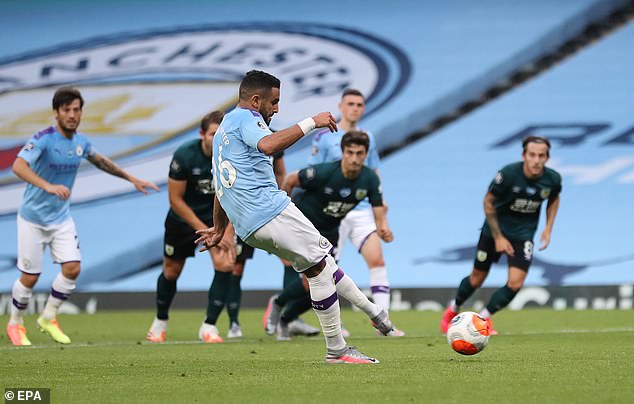