Micah Richards’ trademark cackle is one of his most endearing traits but the pundit has joked he will have to stop laughing in public now after people thought he was being disrespectful to Roy Keane.

Richards burst into laughter as Keane was delivering a scathing assessment of Manchester United in the aftermath of their 4-1 defeat by Manchester City on Sunday – Richards’ former club.

On Monday, he responded to a tweet claiming he was being was disrespectful, saying: ”Deary deary me! When [Graeme] Souness says to me: “Forget everything you’ve just said” or [Gary] Neville says to me: “Stop ranting, you’re not making sense” I don’t see you saying it’s disrespectful to me so stop this nonsense. 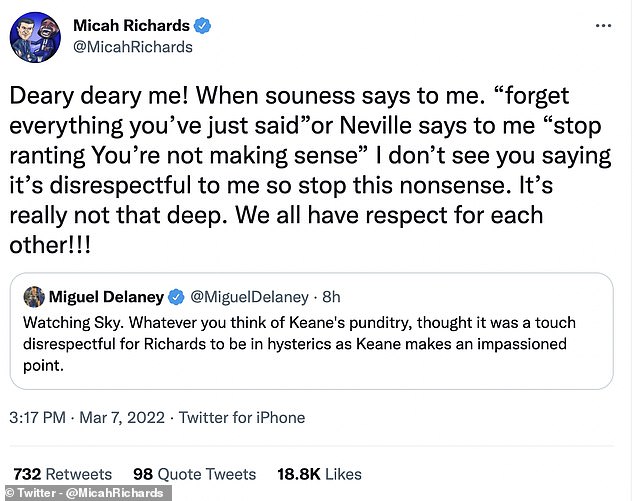 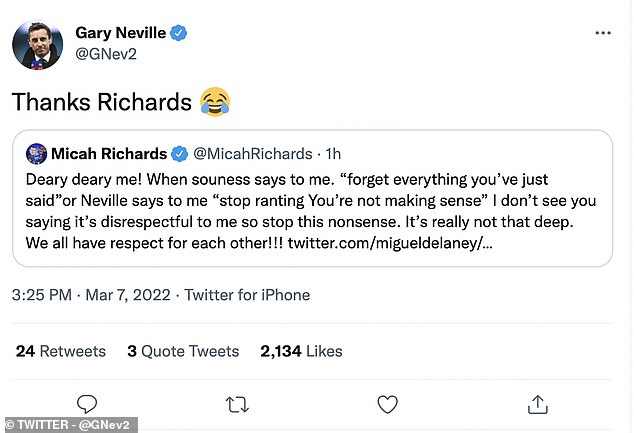 ‘It’s really not that deep. We all have respect for each other.’

Gary Neville replied to his Sky Sports colleague on Twitter, writing ‘Thanks Richards’ accompanied by a laughing emoji.

Richards was then making his regular appearance on Radio 5live on Monday when he elaborated further.

‘I’m not allowed to laugh now… honestly, I just won’t laugh! Shall I? I’ll be serious for the rest of the show,’ he joked. ‘Shall I? I’m taking back one of my best assets in broadcasting. 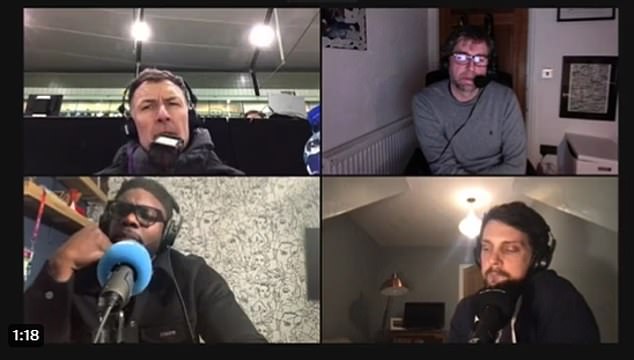 ‘I’ll just zip it! Is that what you want me to do? I won’t be laughing for the foreseeable.’

The initial tweet that caught Richards’ attention, from Miguel Delaney, the chief football writer of the Independent, said: ‘Watching Sky. Whatever you think of Keane’s punditry, thought it was a touch disrespectful for Richards to be in hysterics as Keane makes an impassioned point.’

Keane and Richards have struck up a friendship through their punditry and often trade barbs at each other about their differing perspectives on subjects far beyond football.