Ryan Reynolds has pledged to make sure Wrexham AFC great Gareth Davies is able to be at Wembley for his former side’s FA Trophy Final appearance.

Legendary defender Davies made 490 appearances for the club in a career spanning 16 years and spent entirely with the Welsh outfit.

However, in recent years his heath has tragically declined as he fights dementia – with the 72-year-old now unfortunately wheelchair dependent and in a care home.

Supporters have been keen for him to be able to watch Wrexham in action at the highly-anticipated showdown in London this season, with a campaign launched.

And now, the effort has caught the attention of the club’s Hollywood owner Reynolds who, along with Rob McElhenney, will ensure that Davies is in attendance.

‘Rob and I will make sure Gareth makes it to Wembley in comfort,’ Reynolds tweeted. ‘He showed up for @Wrexham_AFC and we’ll show up for him.’ 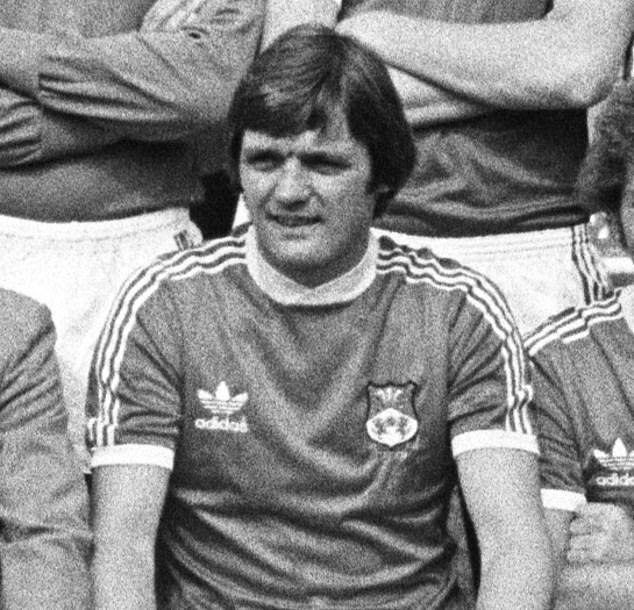 Martin Evans, the husband of a women who used to care for Davies, is the man behind the bid to get Davies to the final as Guest of Honour.

‘The amount of love and support this man is receiving from fans young and old is phenomenal,’ he told the Leader.

‘When my wife gave me this idea I wasn’t 100 per cent sure how it would go down.

‘I won’t stop, I’m determined to do this and the support I’ve received is fantastic too, from friends and family, to supporters across the world and even Ollie Palmer.’ 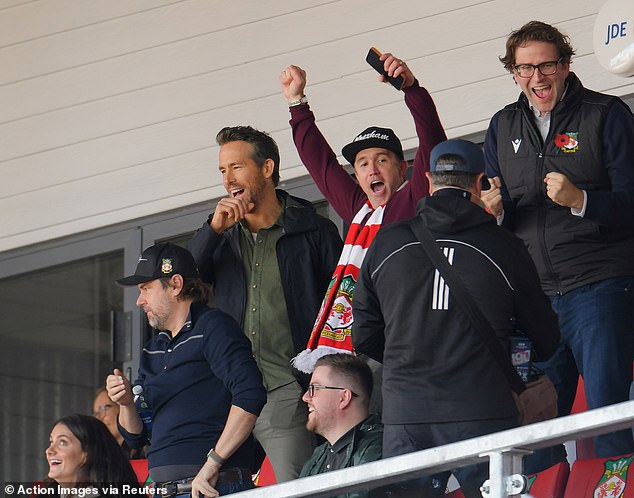 Both Reynolds and Rob McElhenney (C) will ‘show up’ for Davies, who suffers from dementia

Wrexham striker Palmer was contacted by Evans on Twitter, and has agreed to do what he can to make sure Davies is at the national stadium.

The hashtag #GetGarethToWembley has also led to a large amount of social media users throwing their own support behind the effort.

On Davies, Evans added: ‘I heard of how he was and thought it would be a fantastic idea to try and help such a highly respected club legend have a day out to Wembley. 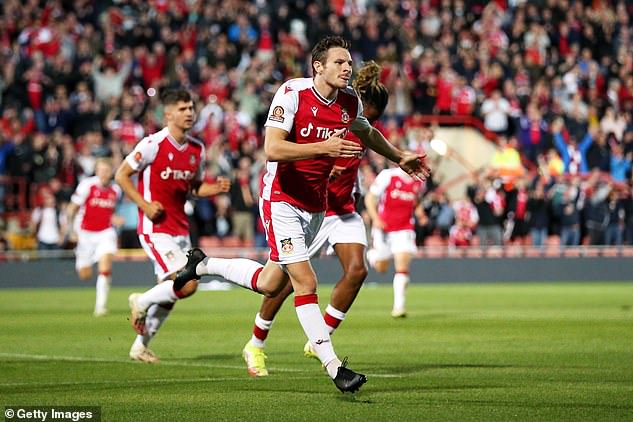 Paul Mullin struck a dramatic, late brace for the Welsh club in their victory over Notts County

‘And a lot of the comments I read on my post were all about how much of a great player he was and a lovely person.

‘My wife agrees that he was one of the nicest people she had ever met.’

Davies, who also captained the club, was capped three times by Wales.