Report as Lionel Messi broke Pele’s record in Barcelona’s 3-0 win at Real Valladolid; Messi eclipsed Pele’s long-standing record of goals for a single club; The Argentine forward scored his 644th strike for Bara; Ronald Koeman’s side sealed a first away win in La Liga since October

Lionel Messi eclipsed Pele’s long-standing record of goals for a single club with his 644th strike for Barcelona in the 3-0 La Liga win at Real Valladolid.

Messi’s second-half goal saw him overtake the mark which the Brazil great had amassed over 19 seasons for Santos.

Clement Lenglet’s header from Messi’s cross had given Barcelona the lead after 21 minutes, with Martin Braithwaite, given a start ahead of Antoine Griezmann, knocking in a second before half-time. 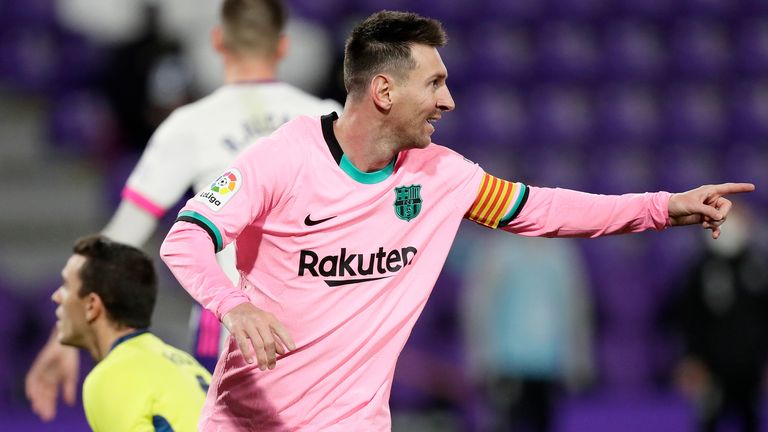 Ronald Koeman’s men closed out for a first away La Liga win since the start of October to sit fifth in the table, eight points behind leaders Atletico Madrid, who had earlier won at third-placed Real Sociedad.