Real Madrid star Martin Odegaard has been backed to fill the boots of Luka Modric at the Santiago Bernabeu as the Norwegian talent continues to win plaudits for his displays this season.

The 21-year-old has enjoyed a fine season with loan club Real Sociedad, scoring seven goals and providing eight assists in 28 outings for the LaLiga side.

That form has stirred excitement among Madrid fans that the youngster can be deployed in the team’s midfield for years to come, having been written off after a slow start to life in the Spanish capital. 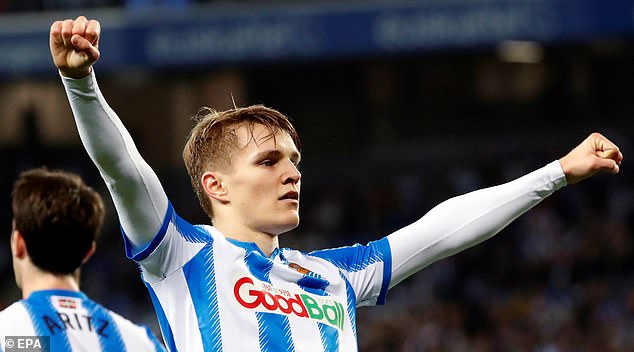 And Real Sociedad legend Robert Lopez Ufarte has backed Odegaard to fill the void that will soon be left by Modric, who, at 34 years of age, is coming to the end of his stay in Madrid.

Ufarte, who scored 103 goals in 383 games for Sociedad, added that the Norwegian is cut from the same cloth as former Madrid star Xabi Alonso.

‘I think he has his head screwed on and he knows why he came here – to show people, to show that he has a lot of ability and that he is waiting for a spot to open up at Real Madrid,’ Ufarte told Noticias de Gipuzkoa. ‘These are just my thoughts, but possibly in the next year when Modric leaves.’

Odegaard is due to stay at Sociedad for one more season, as the loan agreement with Madrid was for two years, but there is speculation that Los Blancos may recall the midfielder early. 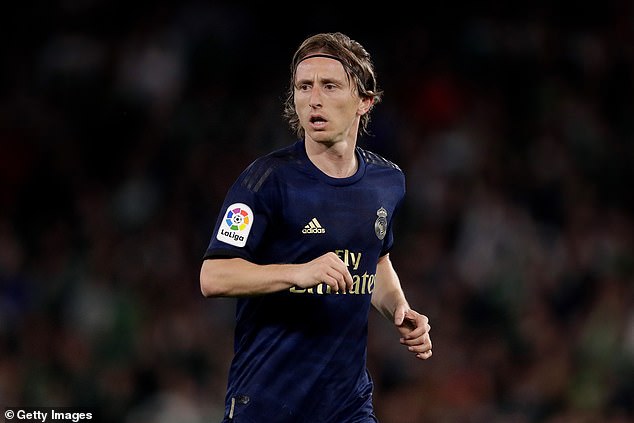 ‘Possibly, as he has said many times, he is here for two years,’ he added. ‘They might leave him here because it’s down to the club who pays him, which is not just Real Sociedad but Real Madrid.

‘He didn’t just surprise the Real Sociedad fans and the staff but Real Madrid people too and all of Spain.

‘If you ask anyone who the most important players at La Real are, they will say Odegaard, [Alexander] Isak and [Mikel] Oyarzabal but Odegaard will always be in first place.

‘Xabi Alonso was a midfielder who did these racking passes that stood out, and yes, he [Odegaard] has many similar things and he isn’t too far off Xabi.’