‘Lucas just didn’t give a s***’: Video footage of Real Madrid sub Vazquez outrageously showboating during El Clasico leaves fans crying with laughter… because his team were 4-0 down at the time

Fans have mocked Real Madrid’s Lucas Vazquez on social media after he was caught showboating when his side were being hammered 4-0 by Barcelona in El Clasico on Sunday.

Hilarious video footage shows Vazquez, who came on as a 63rd-minute substitute for Nacho at the Bernabeu, chest the ball before briefly juggling it with his back to goal near the halfway line.

The 30-year-old Spaniard then spins around – with the ball still in the air – before turning in the direction Real were attacking. 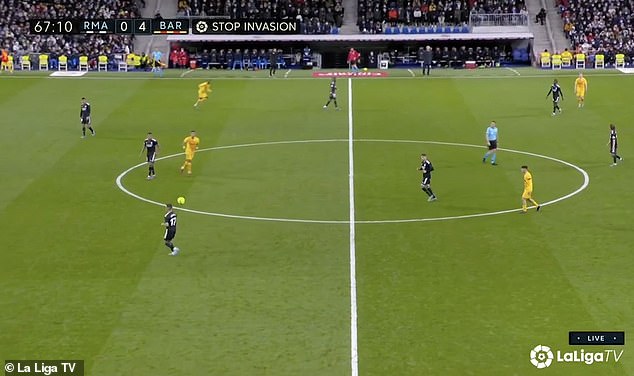 Runaway La Liga leaders Real were 4-0 down at the time of the incident and they went on to lose the game by the same scoreline.

The video elicited laughter from Twitter users, with @TrentCule claiming Lucas ‘does not give a s*** lol’.

Another commenter, @XavsFootball, wrote: ‘Crying at this.’ 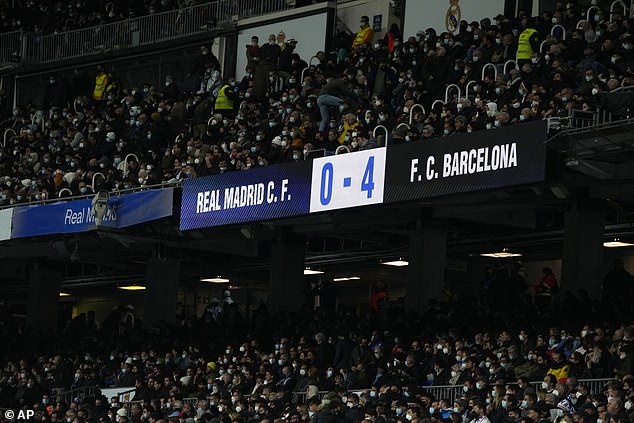 ‘Y’all down 4-0? Not me bruh, 0-0 since I came on,’ added @GreatWhiteNueve, while @Dareogunmowo joked that ‘loss is temporary, skills are permanent’ followed by a laughing emoji.

‘This just showed none of our players took this game seriously,’ said @thecarloera.

Real had won the previous five Clasicos against arch-rivals Barcelona but were blown away by Xavi’s men in a statement victory for the Catalan club. 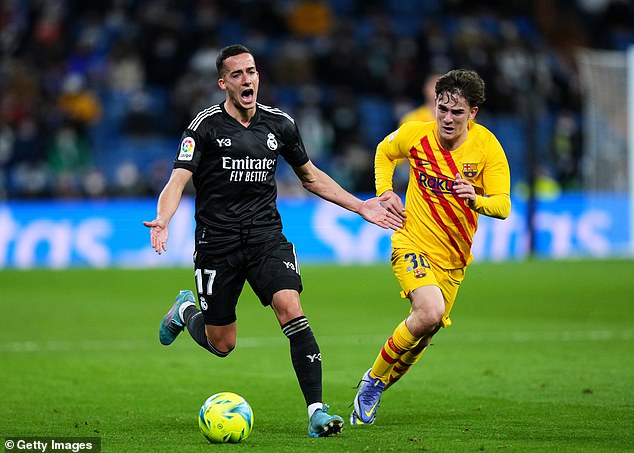 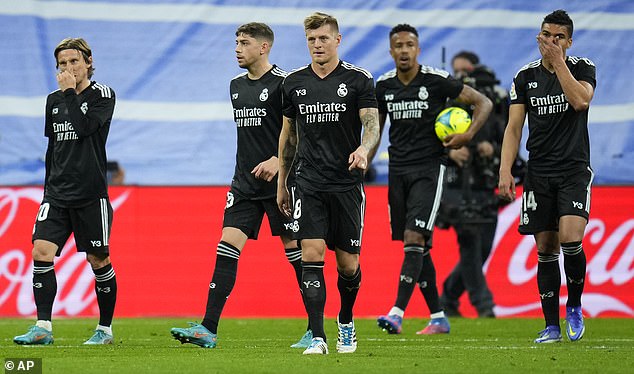 Pierre-Emerick Aubameyang scored twice on his debut in the famous clash, with Ronald Araujo and Ferran Torres also getting in on the act.

Real lead Sevilla by nine points in the race for the La Liga title, while Barca are third following the stunning win, which stretched their unbeaten run to 12 league matches.

Barcelona are 12 points behind Real but have played a game fewer than their great rivals.