A defiant Claudio Ranieri predicted Watford will beat the drop even though a sixth consecutive defeat has left his own job in jeopardy.

Ranieri has lost 10 of 12 games since taking over in October and his side will drop into the bottom three if Burnley beat Leeds on Sunday.

But the Italian, who famously led Leicester to the Premier League title, was in bullish mood after an improved defensive performance saw his side beaten only 1-0 by Spurs to a 97th minute header by Davinson Sanchez. 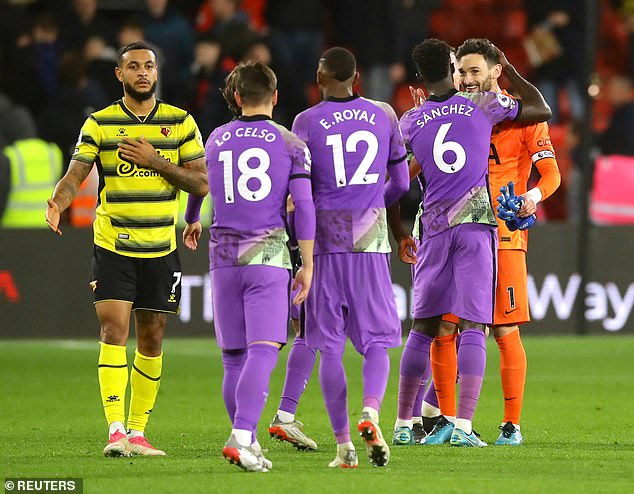 ‘We are alive and we will survive,’ promised the Italian. ‘The performance was much better than our last home game against West Ham.

‘We were very solid. We were very calm. We didn’t concede one counter-attack. We missed passes in the first half but were much better in the second half. Joshua King had a fantastic shot that Hugo Lloris saved very well.

‘I just didn’t think we would concede a header at the end. It was unbelievable with all our tall players.’ 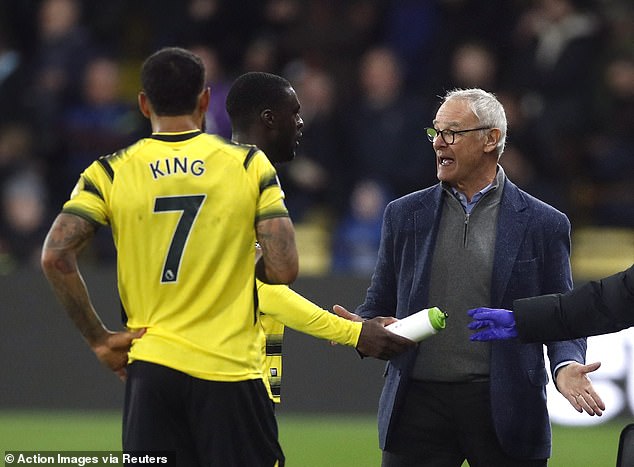 ‘The referee and VAR said no penalty so it’s OK,’ he said.

Watford’s problem now is that four of their players are set to leave for the African Cup of Nations even though striker Emmanuel Dennis stays.

That may mean January transfer activity. ‘I lose some players but we have to do something. We are speaking with the board and I am sure they try to do something,’ said Ranieri.