Rangers striker Alfredo Morelos is reportedly on the verge of joining French side Lille after agreeing personal terms. Morelos has been a controversial figure in Scottish football but had an excellent goalscoring record since arriving in June 2017.

The Colombian striker has scored 77 goals in 137 appearances, putting himself in the shop window for a big move.

And after weeks of speculation and on the eve of the new Scottish Premiership season, he finally appears to be on his way from Ibrox.

According to RMC Sport’s Mohamed Bouhafsi, Morelos has agreed terms with Lille and is just waiting for them to finalise a fee with Rangers.

Morelos’ arrival means Victor Osimhen will be able to complete his move from Lille to Napoli in a deal worth around €60million. 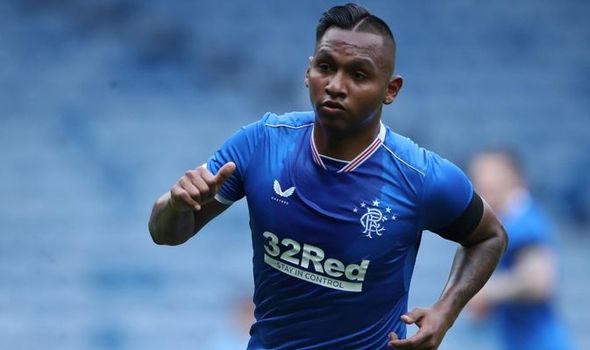 Saturday’s 2-0 friendly win over Coventry City is set to be Morelos’ final appearance in a Rangers shirt.

He came off after an hour as manager Steven Gerrard wanted to avoid losing another forward to injury following Jermain Defoe’s hamstring strain in last week’s win over Motherwell.

“We haven’t got enough options in the number nine area at the moment,” Gerrard told Premier Sports.

“I had to be sensible with Alfredo and get him off the pitch. We’re actively looking to strengthen in that area.

“We have to be patient and try and get the right one in. 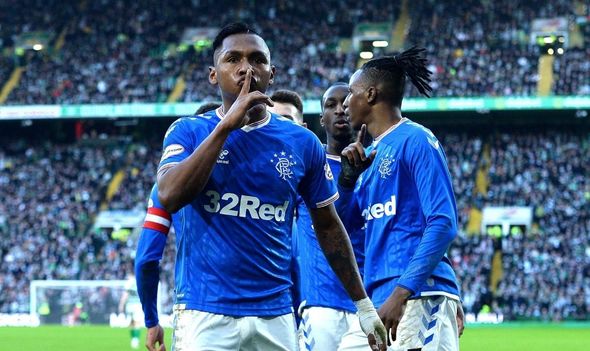 “We can’t just make a decision for the short term. We have to look at the big picture and the long term.

Gerrard now faces a race against time to sign a replacement for Morelos in time for the new season.

Morelos’ exit comes after Rangers signed Leon Balogun on a free transfer to cover for Nikola Katic, who faces a lengthy spell on the sidelines with a knee injury.

“His experience in the Premier League, as well as his international pedigree, strengthens our squad and will assist in the development of our young defenders,” Gerrard said.

“Leon has just finished a round of competitive fixtures with Wigan so will hit the ground running.

“He’s a positive and bright character and we are looking forward to his influence around the group.”