Rangers are hoping to thrash out a pre-contract agreement for Oostende striker Fashion Sakala ahead of a host of English rivals, according to reports.

The 23-year-old has caught the eye after impressing in Belgium and is available to pen a deal with clubs – with Scottish Premiership leaders Rangers firmly in the chase.

The Sun have claimed that Steven Gerrard looks set to fend off the fierce competition for Sakala’s signature.

It is believed a number of Championship clubs have kept close tabs on ace Sakala.

They may be braced for disappointment, however, with Rangers able to entice the Zambia international to Ibrox with the promise of Champions League football.

Also among his potential suitors are several teams from the Middle East and Lille, who sit in second spot in Ligue 1. 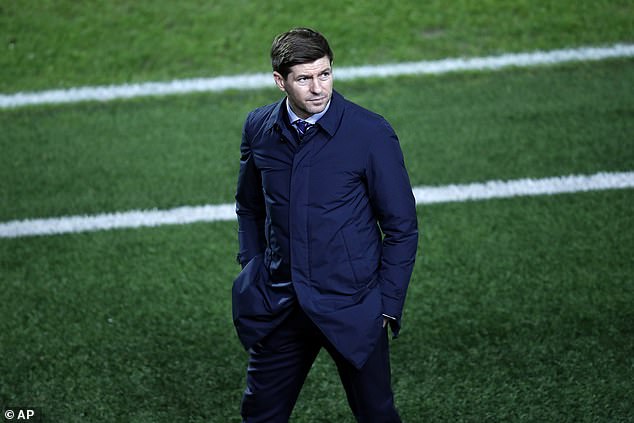 Sakala has scored 13 goals, and recorded three assists, across his 25 appearances this season.

And the fierce speculation linking him to a move away from Oostende has been confirmed by Sakala himself.

‘Yes, there is interest from other teams,’ he said in January. ‘At the same time, talks are ongoing with Oostende about a new contract and we will see where we end up.’

His club have also commented on the reported interest from Rangers – but insisted that no approach has yet been made yet. 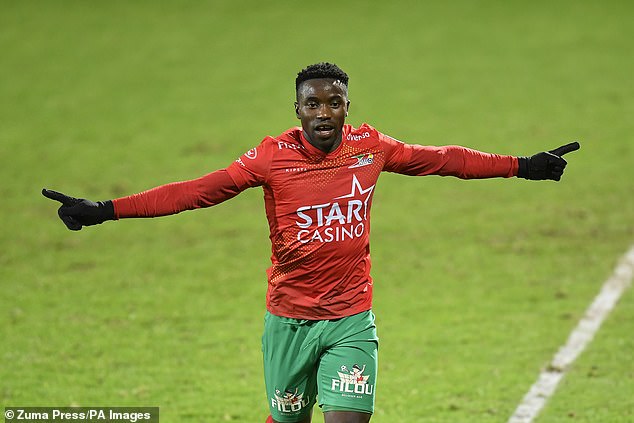 Sakala, who has scored 13 goals this season, confirmed several clubs were interested in him

Oostende’s executive president Gauthier Ganaye said: ‘We have been keen to try and get Fashion to sign a new contract since we took over at the club.

‘We know there is a lot of interest in Fashion but we have had no approach from Rangers to the club with regards to a pre-contract.

‘We are hoping we can convince Fashion to remain at KV Oostende and continue his development with us.’