Everton manager Rafael Benitez has promised there is more to come from his side after a confidence-boosting victory over Southampton in his first match in charge.

The Spaniard, a controversial appointment as a former Liverpool boss, managed at the first attempt what predecessors Carlo Ancelotti and Marco Silva struggled to achieve in their combined three years in charge in getting the players to successfully respond to adversity.

Silva famously failed to win any of the 28 Premier League matches in which his Toffees side went behind, and took only five points from those games.

Ancelotti lost nine home league matches last season – admittedly without the presence of fans – and won just one fixture at Goodison after March 1.

Because of his association with the red half of the city Benitez still has to win over sceptical fans, but he has at least got off on the right foot.

“We need to understand it is too early, we have just arrived after six weeks and you cannot expect the players will understand everything we are trying to do,” said the 61-year-old, who was without six first-team players for his opening fixture.

“After time they will improve but overall the reaction of the players, everyone on the pitch, everyone in the stadium, has been so positive I will take that.

“The way we were fighting for every ball, this is what the fans were expecting.

We need to understand it is too early, we have just arrived after six weeks and you cannot expect the players will understand everything we are trying to do

“There were a lot of positives from the first game of the season but don’t forget that we have some players coming back late but it is good to start with three points.

“In the end the players understood what we are trying to do. Hopefully in the future we won’t see them suffering so much.”

Benitez was fortunate he was able to call on Richarlison an Olympic gold medal winner with Brazil just a week ago, who scored the crucial equaliser and set up Dominic Calvert-Lewin’s diving header either side of Abdoulaye Doucoure’s fierce strike.

Prior to Tokyo the forward had been a Copa America finalist so is deserving of a break, but an agreement between player and club means he was back in action after just a couple of days.

“It wasn’t a gamble to play him. He told us he wanted to play, I told him he had to score, he did it and everybody is happy,” said the Toffees boss.

“We knew people would say he could be tired. The reality is that his match fitness is good. We gave him one day off to be sure he was fine.

“We will try to bring the best from him in the next couple of weeks and after give him some time to recover fully for the rest of the season.”

Saints boss Ralph Hasenhuttl looked for the positives after a ninth defeat in 14 matches and aside from new £15million signing Adam Armstrong scoring the opener on his debut, fellow new arrival Tino Livramento – a £5m buy from Chelsea – impressed. 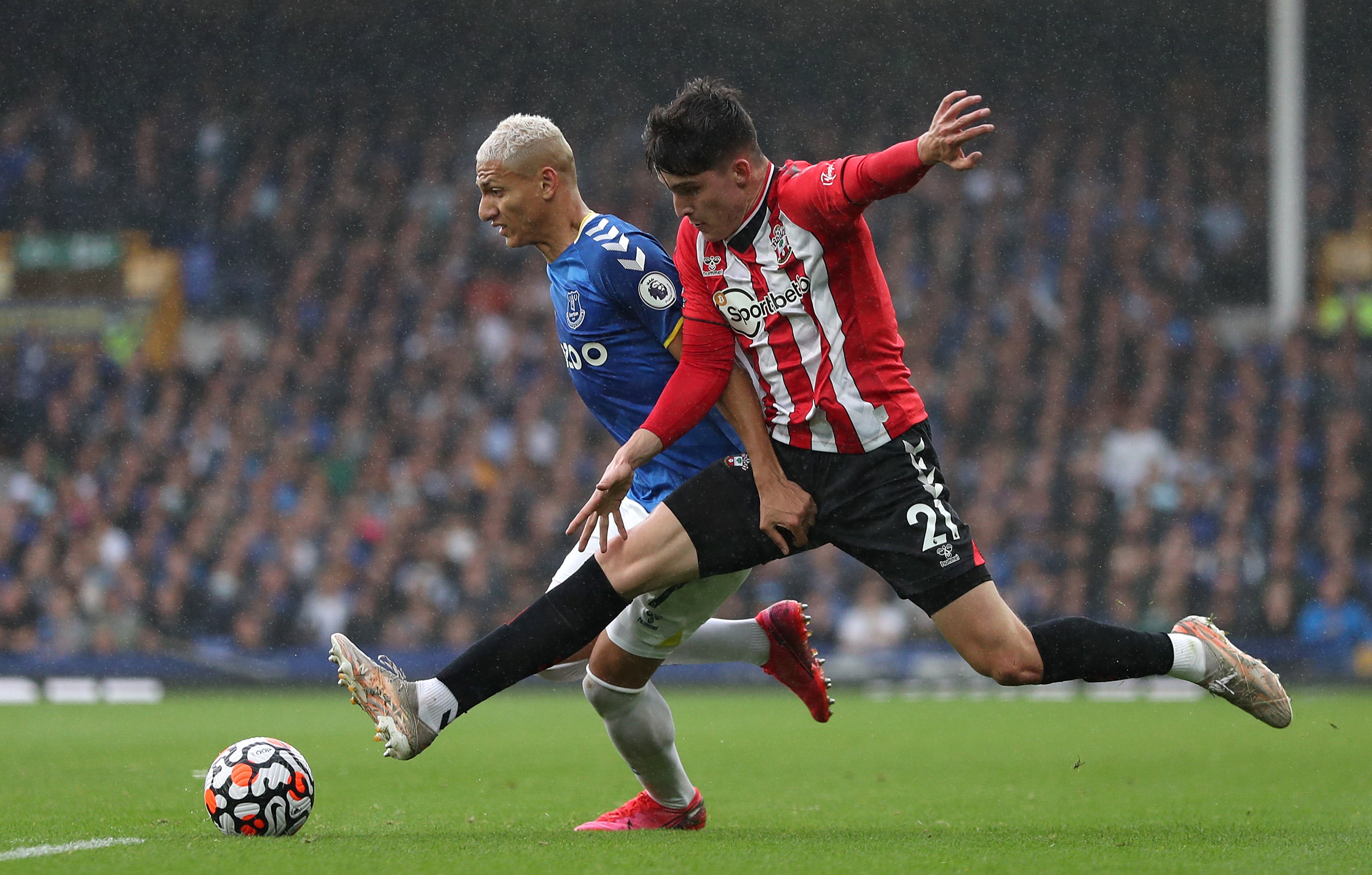 “It wasn’t an easy decision for me but I was looking for his physical one-against-one qualities and I think he did fantastic against Richarlison,” he said.

“Immediately he is a player who can play in the Premier League and that is a positive for us.”