Premier League stars have launched a special shirt raffle as part of the Players Together initiative, which was set up during the coronavirus lockdown.

Every Premier League star wore a special Black Lives Matter playing shirt during the first round of games since the restart, and a selection of signed strips will be up for grabs during the raffle.

Fans can enter the #ShirtsforChange raffle on eBay by choosing their favourite team – in which they will have a chance to win a shirt from that club at random – before purchasing a ticket for £5 each. 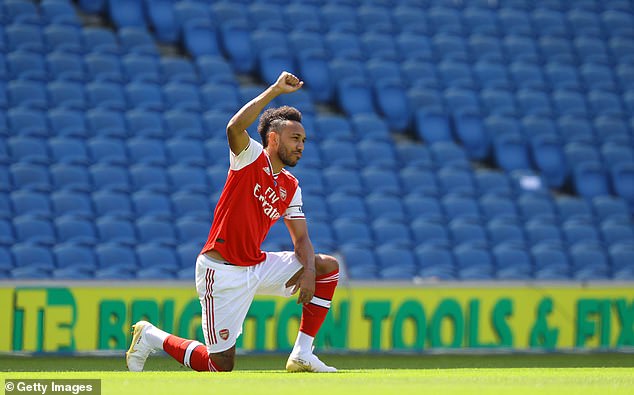 All funds raised from the great cause will go to The Stephen Lawrence Charitable Trust aimed at helping eradicate racism within organisations and at grassroots level.

Watford captain Troy Deeney said: ‘I am proud to launch the “Shirts for Change” raffle with #PlayersTogether on eBay UK to raise vital funds for the Stephen Lawrence Charitable Foundation, a charity which stands for equal opportunity for all, despite race or background.

‘Put simply, we do not stand for racism on the pitch, in society or anywhere else it rears its ugly head.’

The latest initiative comes following the success of the ‘Shirts for Heroes’ raffle, which ended up raising more than £1million for NHS Charities Together. 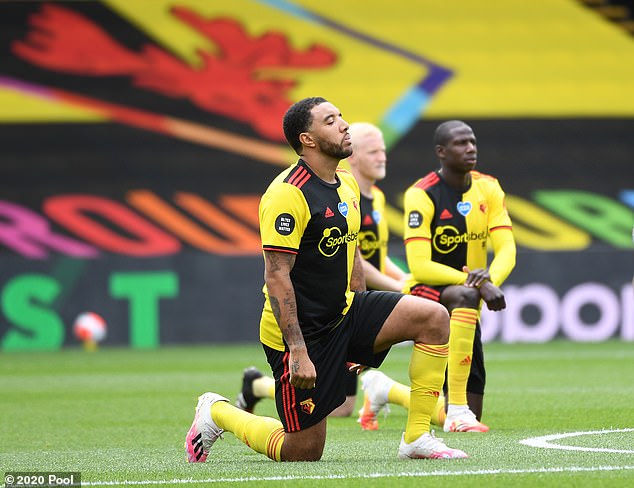 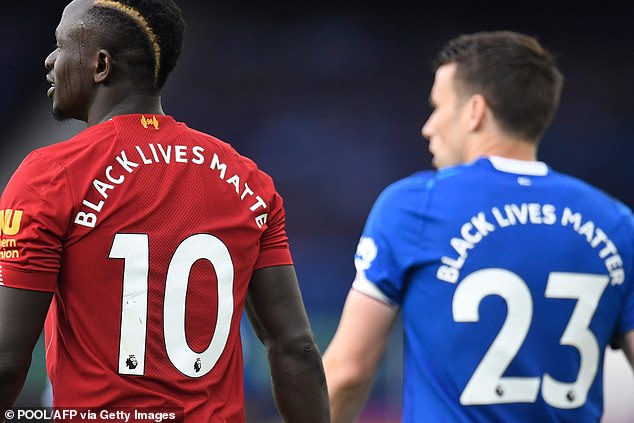 During football’s suspension, the captains or union representatives from each of the 20 Premier League clubs met regularly by video conference to discuss a return to the sport.

Premier League players were all determined to unite behind global protests which followed the death of George Floyd in the United States.

All players replaced their names with ‘Black Lives Matter’ across the back of the shirts for the first phase of 12 games, completed by Manchester City and Burnley on Monday.

The players’ names will return from Tuesday, but Premier League teams will continue to carry the sleeve logo and blue hearts on the chest in tribute to the NHS’s work during the coronavirus pandemic. 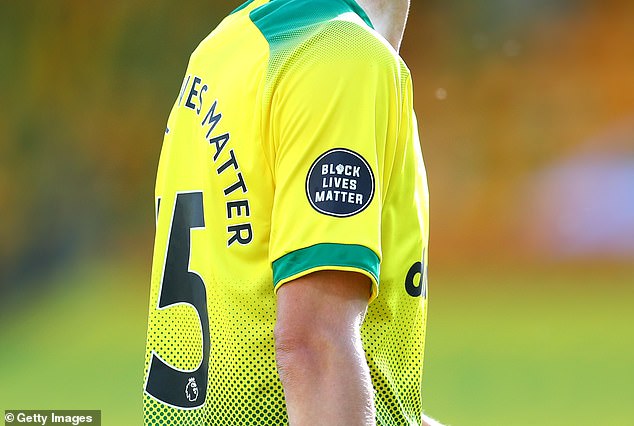