UEFA are coming under pressure to cancel ALL leagues in Europe because of the COVID-19 crisis. European football’s governing body are due to meet again in a video conference next Thursday to decide on a schedule for countries to follow to get football played again.

UEFA president Aleksander Ceferin has already made it clear that he wants football to start up again across the continent, with domestic leagues hopefully finished by early August, to allow the Champions League and Europa League to be completed by the end of that month.

But Belgium, who shut down their Jupiler Pro League two weeks ago, are among several countries who want all leagues ended now, and no restart until the pandemic is officially over – and they intend to lobby for support for that motion at the meeting.

And Express Sport understands that at the conference, the Belgians will have support from several smaller associations among the 55 members, who are not as dependent on television money as the bigger countries.

Belgium have been warned by Ceferin that they face having some of their clubs denied entry to the Champions League or the Europa League because of their decision to null and void their league early.

The Belgians have put back a final decision on the cancellation of the Jupiler Pro League until April 24 – one day after the UEFA meeting. They are however, expected to confirm that original decision, despite the pressure.

The Belgians had expected Holland to follow their lead, but last week the KNVB opted to vote for their league restarting, despite the fact that leading clubs like Ajax, PSV Eindhoven and AZ Alkmaar had been in favour of a shutdown.

But the Belgians, despite UEFA’s threats, do not intend to back down, and in fact the country’s leading virologist and world expert on diseases such as the coronavirus, Marc van Ranst, has been asked by Ceferin to speak at the meeting.

Van Ranst said: “Playing football in the next few months is not an option at all. I have advised UEFA this and I am convinced they now realise this.

“I understand from clubs in Belgium that it would take a minimum of three to four weeks for training before they can start playing again. Playing football this season is not an option.”

The Belgians though will face opposition next week, with German clubs already back in training and planning to start playing again in early May, English football setting a June 6 return date and Italy now intending to begin playing again at the end of May.

The International Football Association Board are proposing several key changes to the rules of the game if football is to be re-started using the summer months across the globe.

With several leagues planning to start playing again in May and June into July and August IFAB, are considering a series of measures to help deal with playing in hot weather.

Clubs will be allowed to use five substitutes instead of the normal three.

And there will be two compulsory water breaks for each match, one in each half.

German scientists meanwhile believe that it will not be safe for football fans to go back into stadiums for eighteen months. 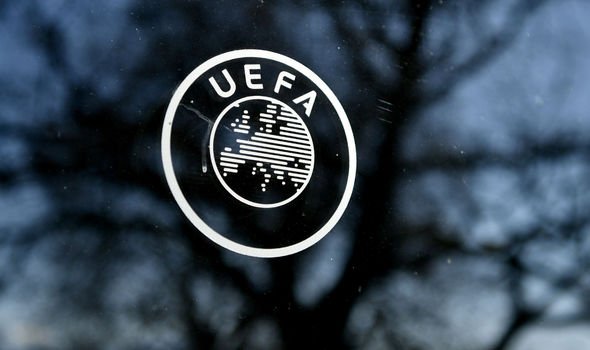 In Germany, the DFB aiming for the leagues to start playing again behind closed doors on May 9.

But now German scientists believe that even if football in their country does start up again as soon as that amid the COVID-19 crisis, fans will not be going in to watch until next year because of the risks.

Gerald Haug, chairman of the influential Leopoldina Institute, the leading German pandemic experts, said: “It will certainly take months, but it could just as well be a year and a half.

“It is not wise to let fans into the stadiums again before there is a vaccine.”

It is expected that it will take at least until the end of this year or possibly even next year before a vaccine against the coronavirus is available.

The Bundisliga’s proposed start dates will depend on getting the ok from the German government to go ahead – and tomorrow Chancellor Angela Merkel will state representatives to make a final decision on the issue.

There will then be talks on Friday with the DFB – who are keen to re start the league, with some £650million worth of television money at stake.