Premier League players are set to be told to return to training by the end of may, according to the Daily Mail. Express Sport understands the Premier League and EFL want to resume football again in early June.

Fans and players alike are still waiting with bated breath to find out when football will finally return.

Following the postponement of the season on March 13, there has been little word on when the season will be resumed.

But now, there appears to have been a breakthrough, with the Premier League telling players to get ready to return to action.

According to the Mail’s report, teams have been sent a four-point checklist of things to do before the end of May.

The report states players must:

‘Scale back home training regimes until May 4.

‘Expect a return to group training by the end of next month.

‘Cancel any plans to leave the country during what is effectively their ‘off season’.

‘Be ready to resume football ‘activities’ at 48 hours’ notice.’

This is the clearest indication yet that the league could be preparing to restart activities.

Since the postponement of the season, players have been training individually at home, but they are apparently expected to return to full training again before the end of May.

The EFL apparently has a target of June 6 to restart the season, giving players a week at least to prepare before their first games. 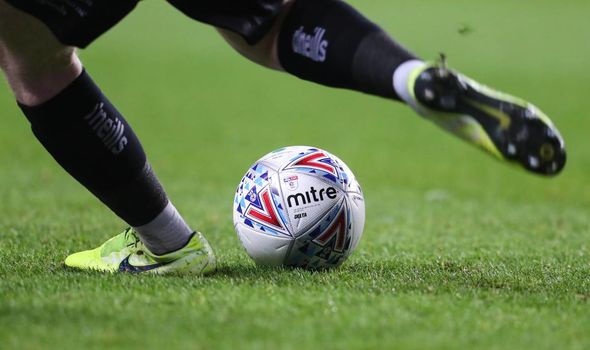 There are still nine rounds of fixtures remaining across the football league and Premier League, and it appears league officials want to finish off games in a 56-day blitz.

The EFL still needs the go-ahead from the government in order to regroup teams and players.

Express Sport understands there will be a conference call held on Friday with all 20 Premier League clubs to discuss a schedule for football’s return.