Celtic manager Ange Postecoglou told his attacking players to help out his makeshift defence after they fell to a 2-1 defeat against Hearts in their cinch Premiership opener.

The Hoops followed their Champions League exit with another major blow as John Souttar headed home unchallenged from an 89th-minute free-kick past a stranded Scott Bain.

Gary Mackay-Steven had given Hearts an early lead as debutant Carl Starfelt endured a torrid opening spell, and his centre-back partner Nir Bitton failed to spot the danger of Souttar from Michael Smith’s free-kick. 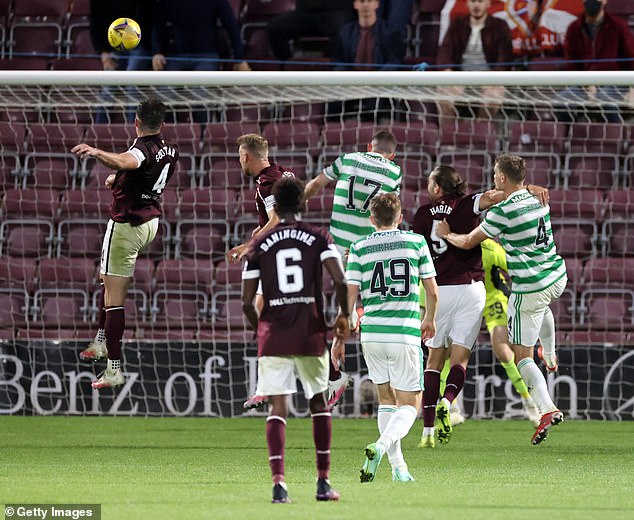 But Postecoglou felt his side should have been out of sight by then, only for Hearts to get back into the game after finally recovering from Anthony Ralston’s 54th-minute equaliser.

When asked about the winner, the Australian said: ‘I have got to have a look at it again. It’s a set piece where we should be organised.

‘We kind of knew that was going to be a major threat from them and we dealt with it fairly well the whole night but we will analyse that last one.

‘But you keep the opposition in the game if you don’t take control of those areas where you are dominant.’

Expanding on their final-third issues, he said: ‘I felt in our three competitive games we are not getting the rewards for our play before then.

‘And when that happens, you keep the opposition in the game. We got into so many good crossing areas and crosses ended up out on the touchline, and shooting opportunities. 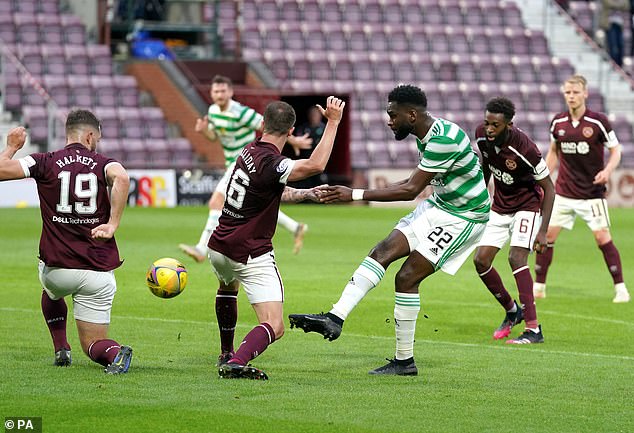 ‘For me, it’s probably the area we need to improve the most. Defensively it’s not like we are being put under pressure for periods of times in any of the games.

‘But when you keep the opposition in the game, there’s always a possibility they can hit you from a set-piece or counter-attack.’

Hearts boss Robbie Neilson was delighted for their returning fans and Souttar, who had more than a year on the sidelines with an Achilles injury before April. 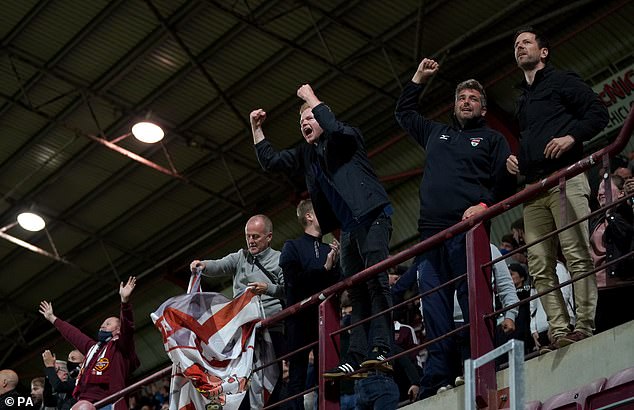 Neilson said: ‘First and foremost we had 5,500 fans here and it sounded like 20,000, and it’s been a long time since a lot of people have been at a live game, so to send them home happy is great and also the fans watching on TV, it’s a brilliant way to spend a Saturday night.

‘When the fans start putting the energy back on the pitch, especially towards the end of the game, when players start pushing, start getting that extra yard and getting aggressive with pressing and runs.

‘They gave us the goal. Yes, the players scored it but the fans pushed us, which was brilliant to feel. 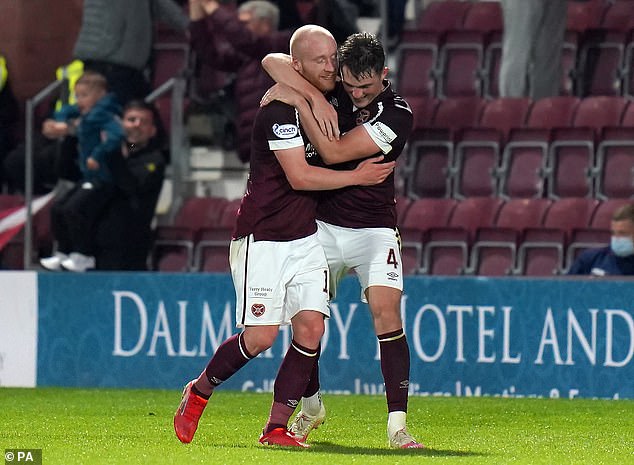 ‘I’m delighted for them all but especially John because he’s had a hard couple of years with injuries.

‘And our job now is just to try and keep him as fit as we can and keep pushing him because there is no doubt when John’s fully fit, he’s a top, top player.’