Portugal 1-2 Serbia: Cristiano Ronaldo and Co will have to qualify for the World Cup via the PLAY-OFFS after Aleksandar Mitrovic nets late winner to send visitors to Qatar

Cristiano Ronaldo and Portugal will have to qualify for the 2022 World Cup via the play-offs after they lost their do-or-die qualifier to Serbia 2-1 in late and dramatic fashion.

The Euro 2016 winners knew that a point would sent them to the World Cup finals and made the perfect start when Renato Sanches – brought in for the dropped Bruno Fernandes – scored after just two minutes.

But a stubborn Serbia side recovered in the first-half with Dusan Tadic equalised via a major error from Rui Patricio, which made the Lisbon crowd nervous. Then in-form Fulham striker Aleksandar Mitrovic came off the bench to head the winner in stoppage time. 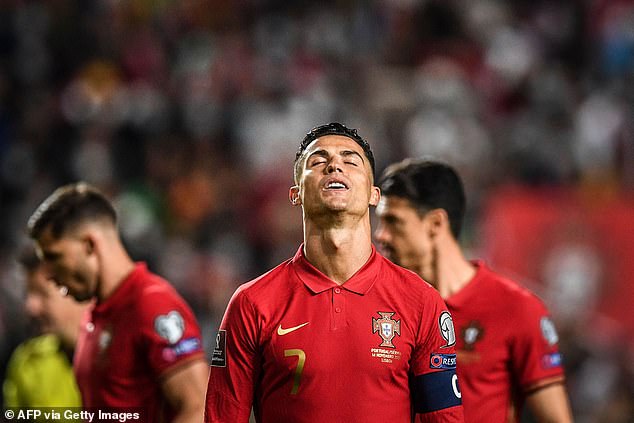 Ronaldo and Co now have to wait to seal their place in Qatar, with qualifiers next year to determine whether the 36-year-old Manchester United forward will feature at the winter World Cup.

Portugal boss Fernando Santos dropped Manchester United’s Fernandes from his starting team and his decision was justified inside 120 seconds when the midfielder’s replacement Sanches put the home side ahead.

Nemanja Gudelj was dispossessed too quickly on the edge of his own box by Bernardo Silva, with Lille’s Sanches picking up on a loose ball to finish and send the Lisbon crowd wild. 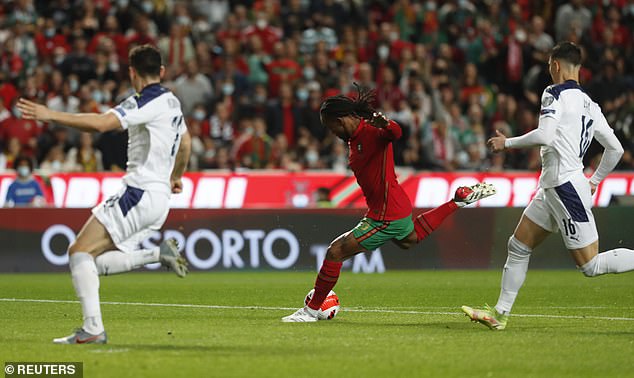 But Serbia improved after the early setback with Nikola Milenkovic seeing a goal disallowed for a foul and Dusan Vlahovic striking the woodwork within the first 15 minutes.

And their improvement was finally rewarded when Ajax striker Tadic picked up the ball on the edge of the box which Portugal goalkeeper Patricio should have held, but the former Wolves shot stopper could only fumble the ball into his own net.

It could have got better for Serbia but Filip Kostic could only hit the side netting while Vlahovic had a goal chalked off for offside. Meanwhile, Portugal midfielder Danilo Pereira headed over from inside the six-yard box as the hosts tried to reclaim the lead. 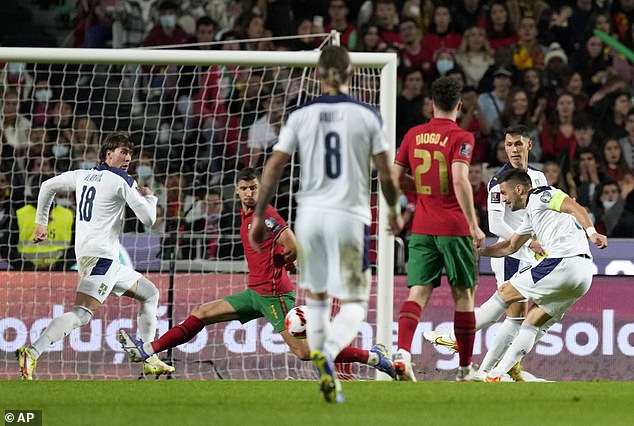 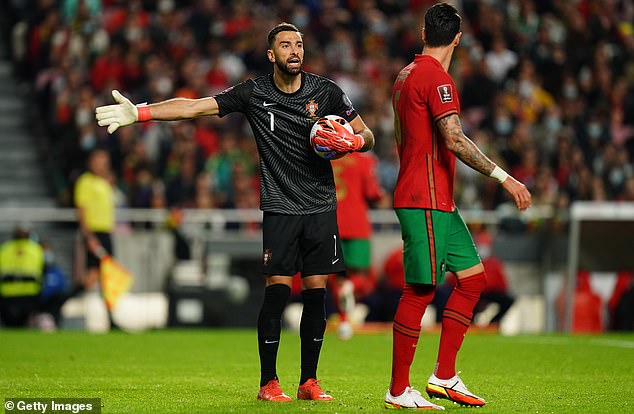 Serbia brought on the dangerous Mitrovic at half-time to add more attacking potency but the second half was cagey with neither side giving too much away.

Visiting striker Vlahovic, who has started this season in fine form for Italian side Fiorentina, had a strike from the edge of the box with 15 minutes to go but Danilo stood firm to put in a vital block.

Inside the final ten minutes, Mitrovic then nearly pounced on a wonderful cross from the left but could only fire his free header wide of the goal in another agonising chance for the Serbians. 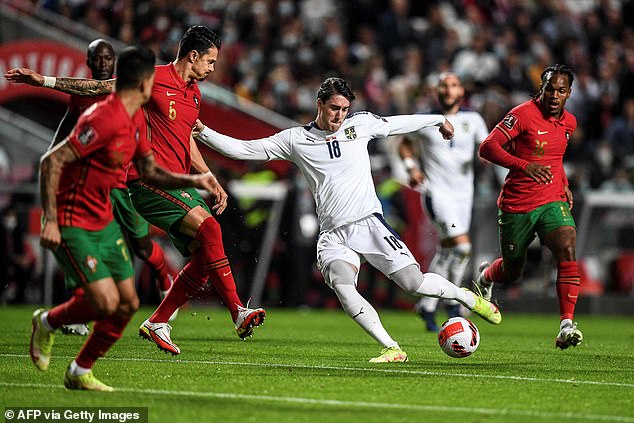 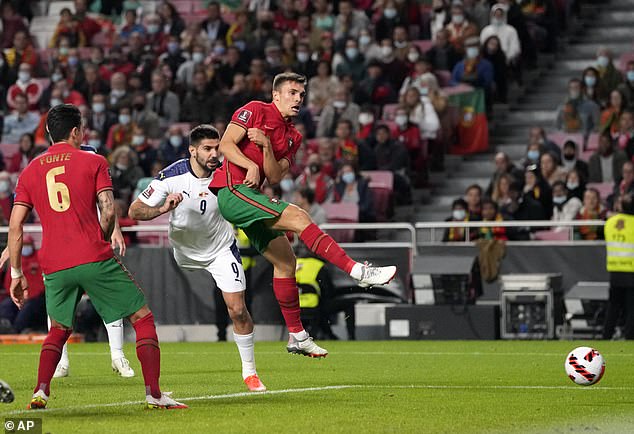 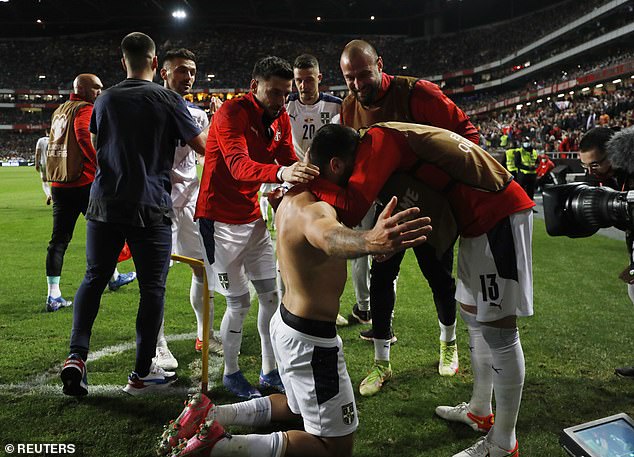 But Mitrovic made it count as the clock ticked into 90 by heading home a cross from the right which tucked in under Patricio at his near post. The Fulham man celebrated by taking off his shirt and celebrating with a huge Serbia pile on.

Ronaldo’s frustrations were summed up by an audacious spin and volley from 30 yards out in the last chance of the game – there is a solid chance the iconic forward may not play in Qatar next year.

Serbia, meanwhile, can start planning for Qatar – and the dangerous duo of Mitrovic and Vlahovic makes them a dangerous outfit.