QPR boss Mark Warburton fears players’ careers are being put in jeopardy by the EFL’s decision to restart the Championship on June 20 – and has concerns over Loftus Road being ready in time.

Warburton has also hit back at former players such as Danny Murphy who claim the club are being ‘over-protective’ and ‘mollycoddling’.

QPR’s senior management were ‘appalled’ this week when, without consultation, the EFL announced their plans for a return.

Warburton, whose side are 13th, told Sportsmail: ‘We’ve been very supportive in wanting the season to finish, but our concern is the safety of the players.

‘I’ve heard some former players say, “Just get on with it”. But that’s not the point, these are elite-level players who have not even returned to contact training, yet are now expected to play in less than three weeks.

‘What about those out of contract? They will be thinking, “I’m going into this game ill-prepared. If I get a nasty injury that could be my next move or my career gone”. Give the players the best chance. We don’t want five subs, we want an extra seven-to-10 days to get our players ready.’

He added: ‘We were staggered by the announcement. We’d just told the players it would be June 27 at the earliest. 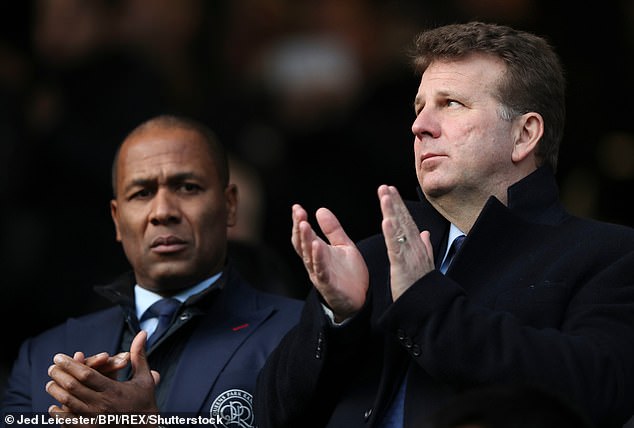 ‘We had no consultation, none whatsoever. Talk to us at the coal-face. Talk to club doctors, who agree this is too soon. Not just from a football perspective, but the death-rate in the UK is still in the hundreds. It feels very rushed.’

QPR will return with a home fixture against Barnsley, leaving them little time to ensure a cramped Loftus Road is biosecure ready.

‘We don’t know about Loftus Road, it is a rabbit warren of little rooms and tunnels,’ said Warburton. ‘How do we go about that in terms of social distancing? I can’t see much changing (in layout) by June 20. Do the players turn up in kit? Do we have team-talks on the pitch? Can they use the showers?

‘And what about away games? Can we go on a train? Do we take two coaches? Do the players take their cars? Middlesbrough away, taking a coach on a Friday afternoon, could take any sort of time.

‘This all feels too quick with so many unanswered questions. At training today our players still can’t enter the building. They’re wearing their own kit and take away food in a bag. Our Under-23s and half our first-team staff are still furloughed, yet this has been dropped on us.

‘There are other clubs feel exactly the same, but we’ve come out and said it.’ 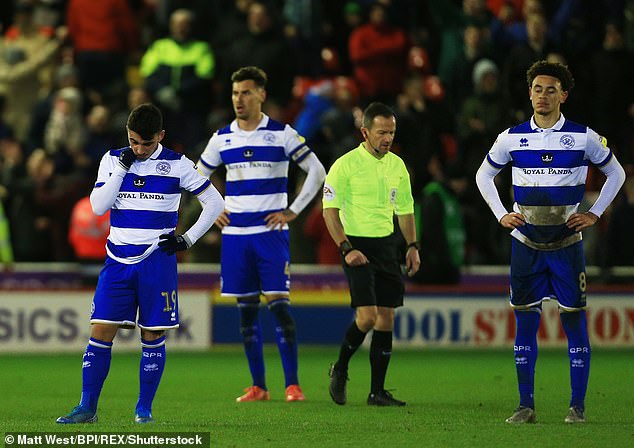