Chelsea should “absolutely” make a move to sign Pierre-Emerick Aubameyang from Arsenal this summer, but it is unlikely the striker will want to move to Stamford Bridge in the upcoming window. That’s the opinion of former Blues player Craig Burley.

Chelsea have been linked with a surprise move to sign Aubameyang from Arsenal.

The Gabonese striker will be out of contract in the summer of 2021, and there are fears in north London that he won’t extend his deal.

Reports have suggested the club captain wants to leave due to the prospect of missing out on Champions League football.

Arsenal are apparently aware of this, and are therefore willing to let him leave for £50million this summer.

Manchester United, Real Madrid and Barcelona have previously been linked with the 30-year-old, but now Chelsea have apparently entered into the fray.

The Blues are set for a busy window, having also been linked with Philippe Coutinho.

However, Burley believes Aubameyang will have better options on the table, and therefore should look to move elsewhere.

He explained that because Chelsea are still some way off challenging for the Premier League title, they are still a “project”, and don’t represent the best option for the striker.

“Absolutely I would go for it if I was Chelsea,” Burley said on ESPN FC. “If he wants to make that move and it’s on the table [go for it].

“The decision he’s got to make is what does he have in terms of options?

“Chelsea are a project at the moment. If he feels Chelsea are enough of a project to go and compete once this is all over, then fine.

“But at his age, he’s going to be looking to go into somewhere they’re going to fight for the title now, fighting for the Champions League now. 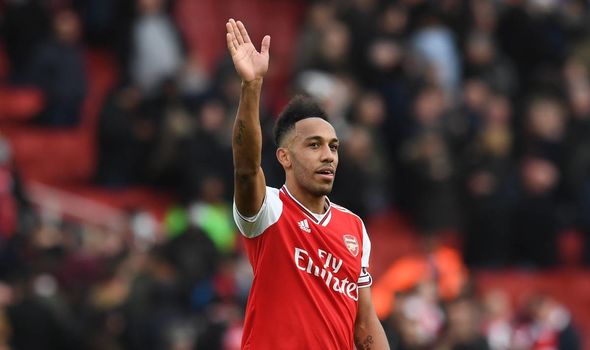 “He needs to make sure he’s making the right decision.

“I believe if he gets an offer from a club further down the line from Chelsea, he’ll take that. But if Chelsea can get him, they should go for it.

“If Arsenal lose him, that’s just another big body blow to Mikel Arteta.”