They were admittedly made rather easier by Steve Bruce’s dictates of war and subsequent switch to a back four, which succeeded only in leaving his full-back, Emil Krafth, desperately isolated and criminally unprotected. Aubameyang tore at the Swedish defender mercilessly throughout, but that made his opening goal no less spectacular, jinking one way and then the next, a lion and a rag doll, before his left-footed shot seared into the roof of the net. It was just Aubameyang’s fourth goal in the league this season and a first brace since the FA Cup final. A simple tap-in for his second will only serve to further rejuvenate his and Arsenal’s confidence.

“That’s what he (Aubameyang) has done throughout his career and mentally you have to be really strong in order to do that,” Arteta said afterwards. “He has come out of a difficult period. We have been missing his goals a lot. Today he has come back and scored two, and contributed to the team to win and this is exactly what we need. So I am really pleased for him.”

It is still too early to draw any grand or definitive conclusions from Arsenal’s performance. It was though at least encouraging in almost every aspect, with Smith Rowe stepping admirably into the glare left by Mesut Ozil’s departing shadow, while Partey and Granit Xhaka formed a fantastic axis. Yet, few opponents will disintegrate quite so meekly as Newcastle. In the FA Cup, Arsenal found Bruce’s side infuriatingly difficult to break down. This time, the bones were already there to scavenge and Arsenal should really have feasted on them far sooner than the second half. 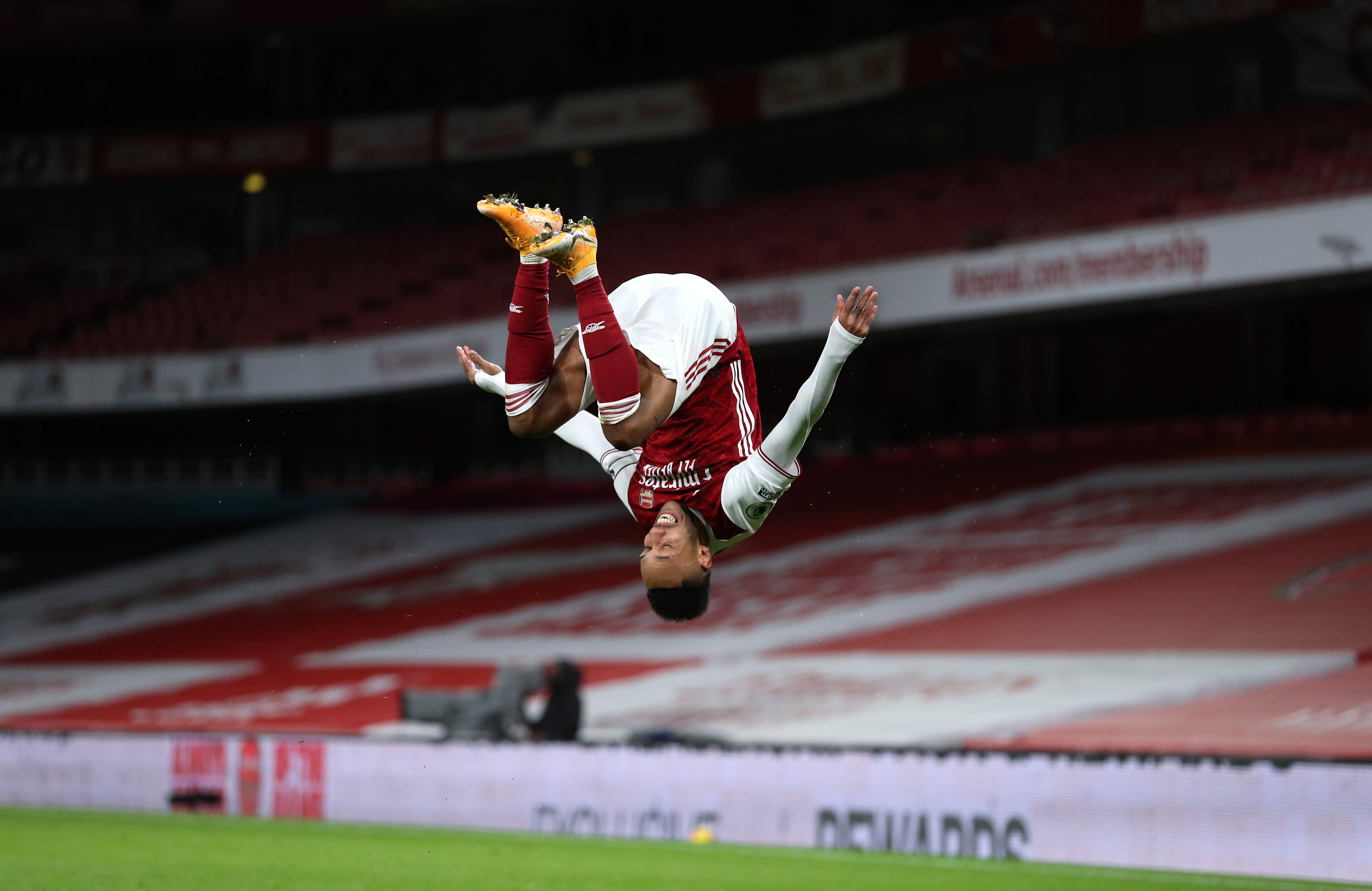 Aubameyang somersaults after opening the score

And while Arsenal embark on another wild swing, it appears nothing can arrest Newcastle’s spiral. ‘The Bruce Way’ was alarming only in quite how similar it was to its predecessor, even with eight changes to his starting line-up, and the Magpies amounted just one shot on goal and turned squeamish whenever in position. In fact, the only thing that came close to Bruce’s promise of a “gloves off” approach was the hooking presence of Andy Carroll up front, whose elbows are unfortunately far sharper than his finishing. They are now winless in their last nine and walking blindly towards the edge of a cliff face.

Arsenal need pay no heed to that, though. This was the perfect release after a week dominated by Ozil’s departure and familiar creative flaws against Crystal Palace. A place in the top 10, without any hint of sarcasm, has been heady ground for the club this season and now only five points separate them from the Europa League places.

What is clearest, for all their positive notes, is that Arsenal are never truly in tune when Aubameyang is not on song. There is no use agonising over imagination if nobody is capable of harnessing it as a weapon. Since September, Aubameyang had seemed a stranger in his own body – lethargic, hesitant, suddenly aged. But in the second half, his old suits returned. Perhaps now, Arsenal can really begin to strut to the rhythm of their talisman.