Philippe Coutinho’s agent has revealed that the midfielder would relish returning to the Premier League at some stage.

Coutinho is currently on loan at Bayern Munich from Barcelona, but it remains to be seen where he will be playing next season.

Kia Joorabchian admitted that ‘everything is a possibility’ when it comes to Coutinho’s future.

Coutinho previously played in England from 2013 to 2018 as he frequently impressed for Liverpool.

Joorabchian told Sky Sports: ‘The fact I’m an Arsenal supporter is not a secret.

‘I don’t have any preference where the players go. I don’t try to push someone to one club or another. Everything is a possibility.

‘After the Champions League game he played in England we had a long chat about it.

‘The question is what are going to be the financial conditions of all the clubs, including Barcelona and all the Premier League clubs at the end of this pandemic.’ 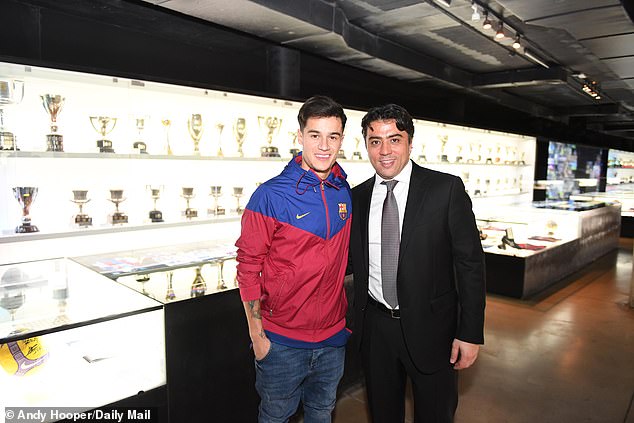 Chelsea are amongst the clubs to have been linked with Coutinho, who has scored nine goals and provided eight assists for Bayern Munich this season in 32 appearances.

Coutinho joined Barcelona in January 2018 for an initial fee of £105million that could rise to £142million.

However, so far at least, the move hasn’t worked out as expected, with Coutinho having struggled to settle at the Nou Camp.

The Brazil international’s current contract at Barcelona is set to run until the summer of 2023, but at present it is difficult to envisage him remaining at the club for that long.