‘It hasn’t worked’: Perth Glory chief labels the gamble on signing former Liverpool and Chelsea star Daniel Sturridge a failure – and admits the Australian club are ‘unlikely’ to offer him another contract

Daniel Sturridge’s high-profile move to Australian side Perth Glory has been described as a disappointment by the club’s CEO Tony Pignata.

Former Manchester City, Chelsea and Liverpool star Sturridge signed for the A-League outfit in October and was described as one of the biggest signings in the division’s history.

But Pignata told SEN’s The Global Game that his injury-hit spell had not worked out for either party.

He said: ‘It has been disappointing. We had high hopes when we signed Daniel. It hasn’t worked.

‘From a marketing point of view, the first game, we had 18,000 on the back of him arriving and the hype. Then unfortunately he got injured… and he hasn’t been seen since.

‘He’s training and there’s potential that he could play some minutes this week and then finish off the season. Next year? Look, I doubt that we’ll offer him another contract.’ 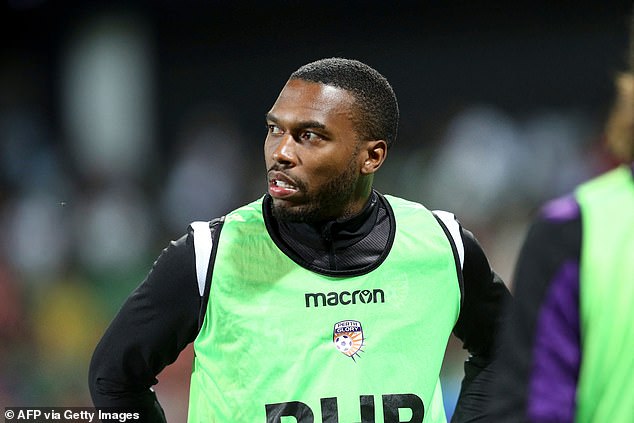 The 26-cap England international Sturridge, 32, has only played 93 minutes – equivalent to about one full game plus stoppage time – across five substitute appearances, scoring zero goals.

His last match, against Macarthur in February, saw him come on at half-time before suffering a groin injury just 15 minutes later.

Pignata did acknowledge the Birmingham-born striker could play again before the end of the season, but admitted he is unlikely to receive a new deal. 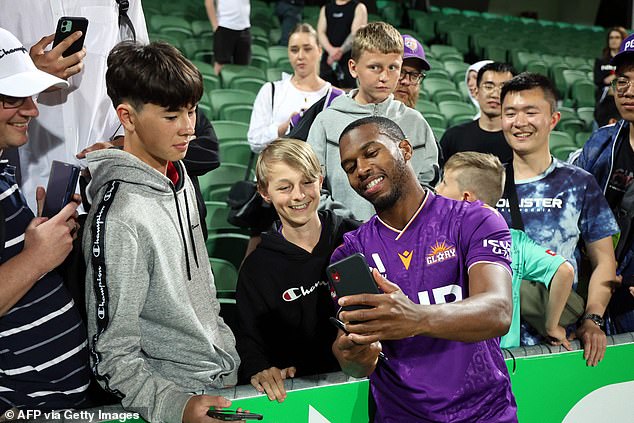 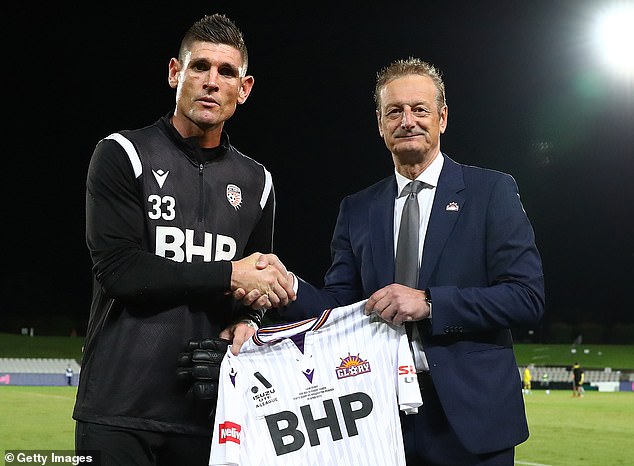 But club chief executive Tony Pignata (above right) said ‘We had high hopes… it hasn’t worked.’

Former boss Richard Garcia was sacked in March, with Ruben Zadkovich taking over as head coach.

However, results have not improved, and the Glory still lie rock bottom of the league, having only won three matches all campaign.

A pessimistic Pignata predicted his team would continue their awful 14-match winless run in their last three games this season, leaving them liable to receive the first wooden spoon in the club’s history.