Weah opened the scoring for the USA in Qatar as he found the back of the net in the 36th minute of its 1-1 tie against Wales.

Chelsea star Christian Pulisic ran at the Welsh backline before slipping the ball through to Weah in the box, who clipped a shot past Wayne Hennessey before Neco Williams, dashing back to help, could place a challenge. 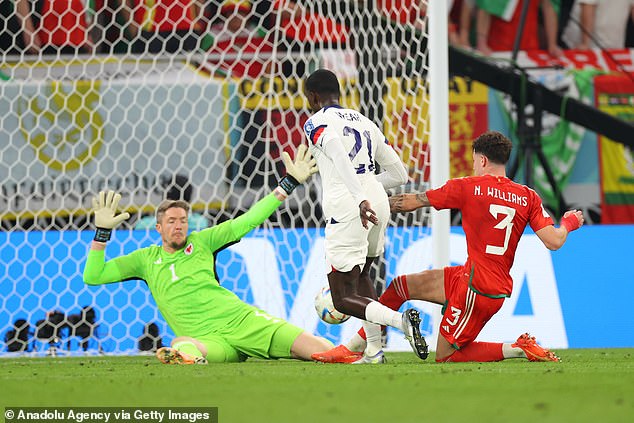 In doing so, Weah became the first player to score against Wales in a World Cup since 17-year-old Pele in 1958.

Weah took to Instagram to share a photo of him celebrating the first-half goal following the game and Pele congratulated the starlet in the comments section of the post.

The Brazilian icon left a heartfelt message for him as he wrote in the comments: ‘Congratulations. It was a beautiful goal. Keep dreaming, dreams come true.’

Weah responded to ‘Papa Pele,’ thanking the soccer star for the ‘inspiring message.’ He wrote: ‘Thank you Papa Pele. It is such a blessing and an honor to receive such an inspiring message from The King himself.

‘Thank you for everything you’ve done for the world and us young black men. Grandes Abracos.’ 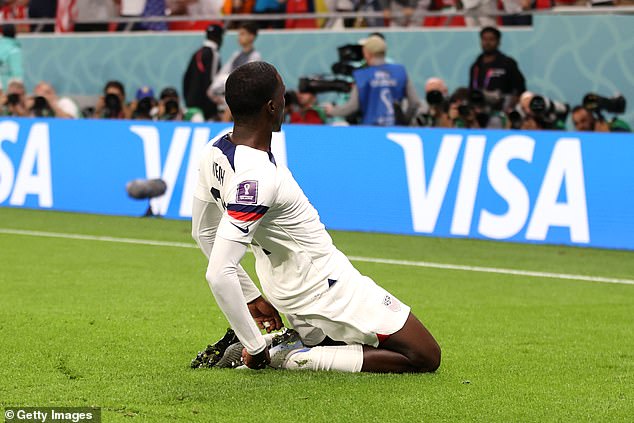 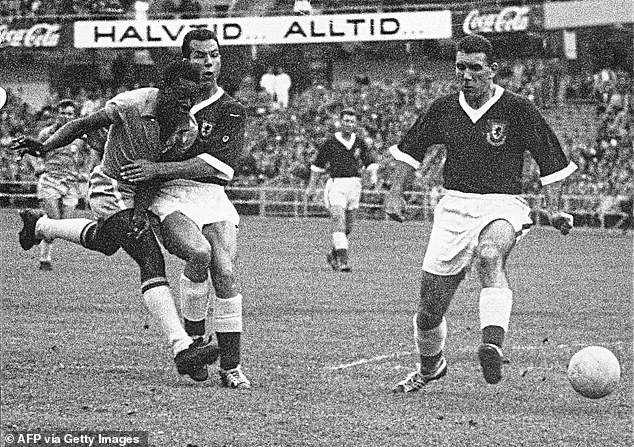 Despite Weah’s strike putting Gregg Berhalter’s team ahead before the break, the US allowed Wales to claw back in to the game in the second half.

Walker Zimmerman eventually gave away a penalty kick after a foul on Gareth Bale, which the Welsh captain smoothly slotted home to level the score in the 82nd minute.

Weah acknowledged that the result was bittersweet, having seen all three points snatched out of his and his teammates’ hands agonizingly close to the final whistle. 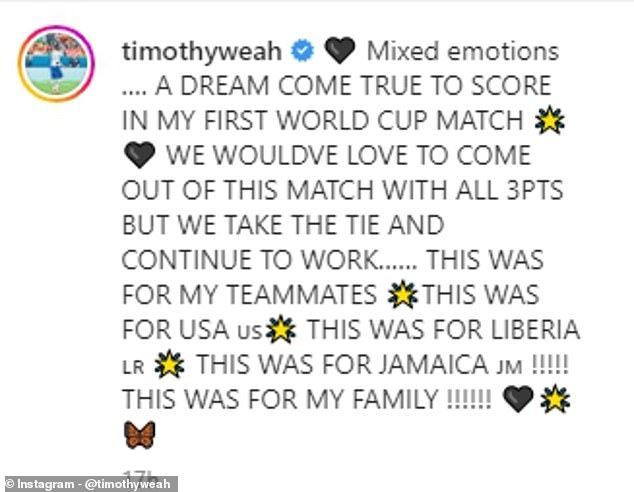 Weah acknowledged that the result was bittersweet, having come so close to all three points

Weah comes from goalscoring pedigree with his father, George Weah, the current President of Liberia, having score 18 goals in 75 appearances for the country.

The youngster could earn another start after his display with the USA facing England next in Group B on Friday.

But Gio Reyna, who was left on the bench during the US’s opener, could also be in contention.