Paraguay 3-1 Bolivia: Angel Romero scores twice as Eduardo Berizzo’s side come from behind to earn victory having failed to win a match at the last two Copa Americas after Cesar Farias’s men were reduced to 10-men

Paraguay went behind to an early penalty but scored three times in the second half for a 3-1 win over Bolivia, who were reduced to 10 men just before halftime in their Copa America opener on Monday.

Bolivia were without five players who tested positive for COVID-19, including striker Marcelo Martins, who scored seven times in Bolivia’s last seven games.

They had not beaten Paraguay in a Copa America clash since 1963 but their hopes were raised after only 10 minutes when they took the lead from the penalty spot. 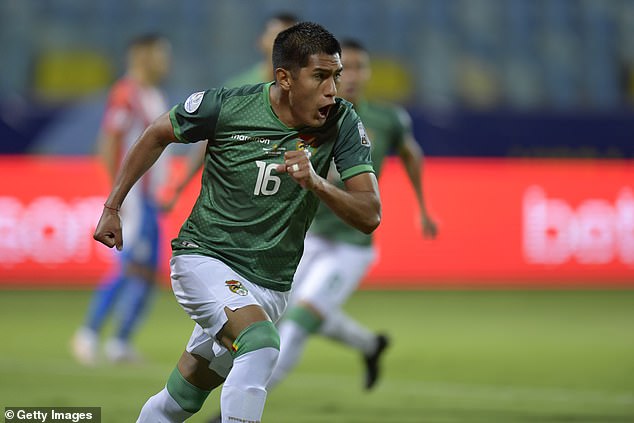 The Video Assistant Referee (VAR) awarded a penalty for handball and Erwin Saavedra converted low to the keeper’s left.

Paraguay were also awarded a penalty midway through the first half but VAR overturned the decision due to an offside, and while they dominated they could not turn their pressure into goals.

Striker Alejandro Romero – known as Kaku – who plays his league football in Saudi Arabia, was guilty of a desperate miss when he fired wide three minutes before halftime when it looked easier to score. 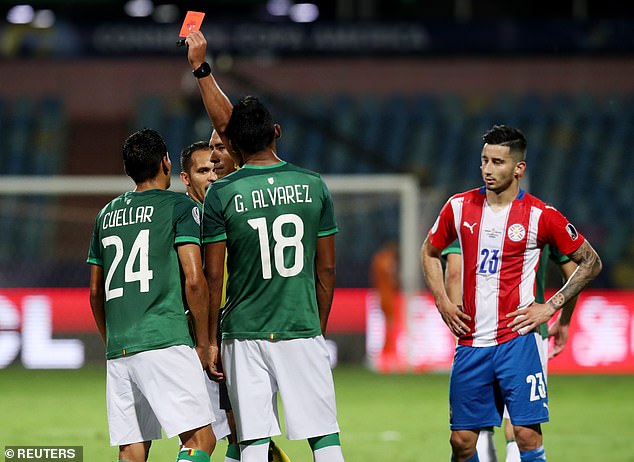 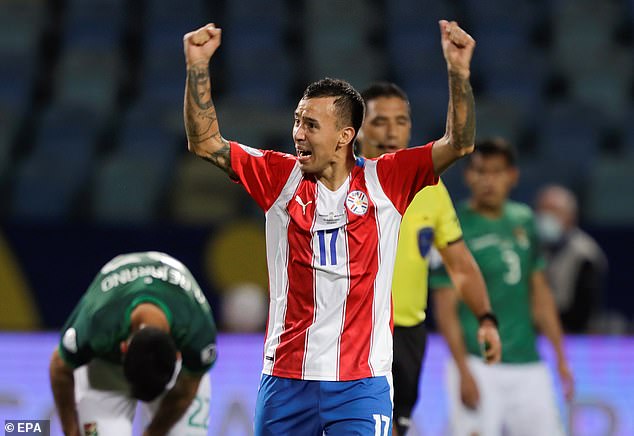 The game swung Paraguay’s way in added time at the end of the first half when 19-year-old Bolivian forward Jaume Cuellar was sent off for a second yellow card offence.

Paraguay dominated from the restart and made the breakthrough after 62 minutes when Kaku’s low volley skipped past a diving Ruben Cordano.

After failing to win a match at the last two Copa America tournaments, Paraguay made sure of the points thanks to Angel Romero, who prodded home after 65 minutes when Cordano failed to hold a goal-bound header and then finished smartly by slipping a shot between the keeper and his near post with 10 minutes left.

The result leaves Paraguay top of Group A, ahead of Argentina and Chile, who drew 1-1 earlier on Monday. Uruguay, who are fourth, open their account against Argentina on Friday. 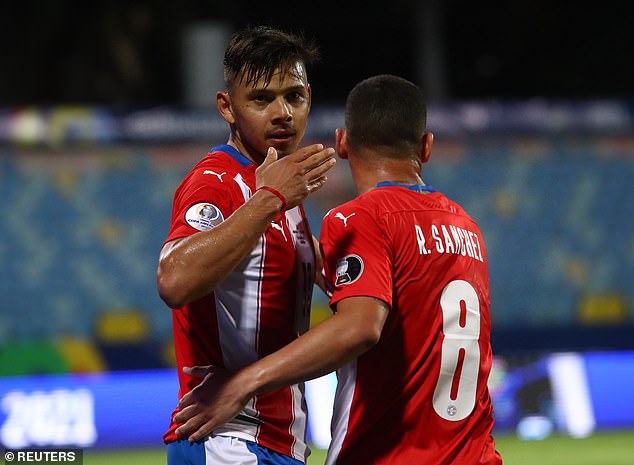