Manchester City wonderkid Cole Palmer scored a hat-trick for the club’s under-23s side just a couple of hours after playing for Pep Guardiola’s first-team on Saturday.

The 19-year-old midfielder played the final few minutes of City’s 2-0 win over Burnley at the Etihad Stadium, replacing Bernardo Silva in stoppage time at around 4.45pm on Saturday.

Palmer then rushed over to City’s Academy Stadium – located right next to the arena where the first-team play their matches – to prepare for the club’s youth team game against Leicester’s Under-23s at 8pm – with Palmer netting a hat-trick in a 5-0 victory. 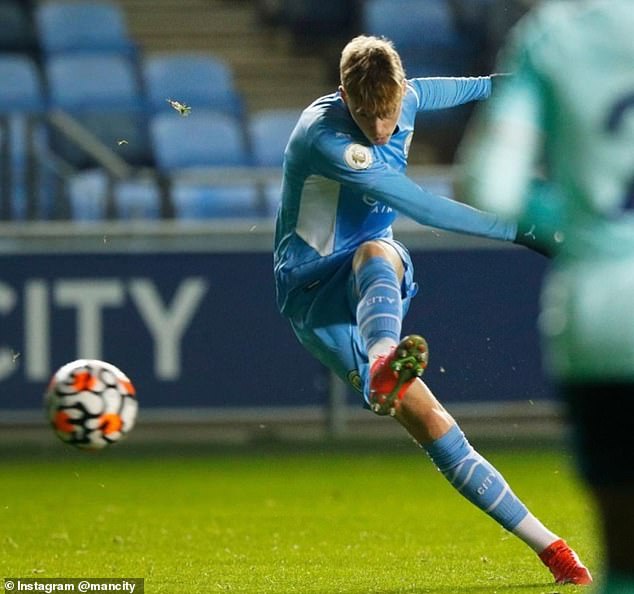 The England Under-21s star scored twice in the first-half before rounding off the scoring with five minutes remaining, extending City’s lead at the top of the Premier League 2 table.

Palmer – who grew up in Wythenshawe, the same Manchester suburb where Marcus Rashford came from – is highly-rated at the Etihad Stadium and is widely tipped to follow the likes of Phil Foden and Jadon Sancho as successful City academy products.

The first-team run-out against Burnley was Palmer’s second ever Premier League appearance, after making a similar cameo in a 5-0 victory over Norwich earlier this season. 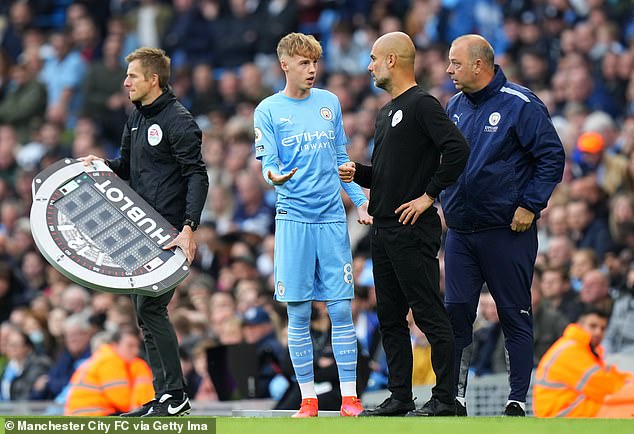 The midfielder scored his first senior goal in a 6-1 Carabao Cup victory over Wycombe Wanderers last month and his goalscoring displays have not gone unnoticed at youth international level either.

Palmer has two goals in three appearances for Lee Carsley’s Under-21s side after scoring in back-to-back games against Kosovo and Slovenia in September and October of this year. 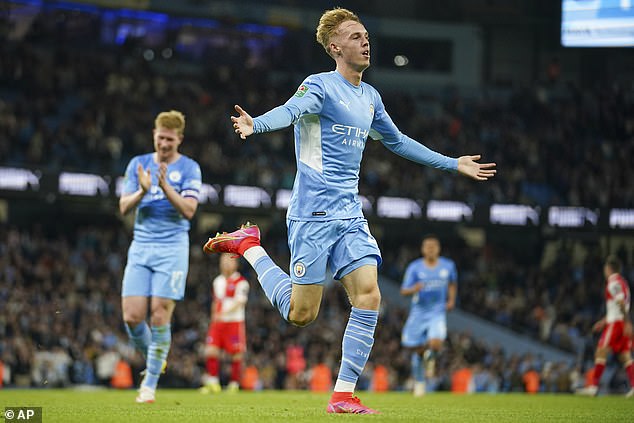 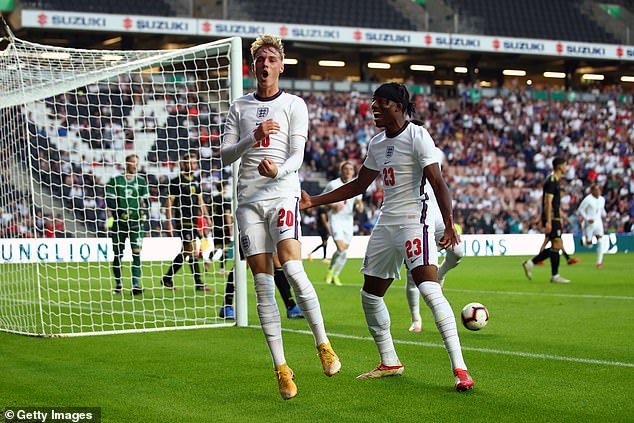 ‘I know from the players coming up through the academy they have something special.’ the City boss said.

‘They love the club and feel grateful for the education, the families are grateful for how many hours the club invests in them. They have something special.

‘Cole Palmer is an incredibly exceptional player. I think we can count on them and hopefully in the future with me or without me they can become regular players for the Man City first team.’