Manchester United are rapidly earning a reputation for being English football’s “nearly men” and a shadow of the title-winning force that once dominated English football. But United boss Ole Gunnar Solskjaer is on a mission to return the glory days to Old Trafford and, if his reported summer wishlist is any indication, he’s determined to succeed in that aim.

Solskjaer suffered the latest blow in his search for silverware as United boss on Wednesday, as he watched his side crumble to defeat in the Europa League final.

A strong United side was held to a 1-1 draw by La Liga’s seventh-placed team in Gdansk across 120 minutes before one of the most dramatic penalty shootouts in European history unfolded.

After all 21 players scored their spot-kicks, including Villarreal goalkeeper Geronimo Rulli, David de Gea’s tame effort was saved, ending the shootout at 11-10.

The defeat ended United’s trophy hopes for another season but extended the club’s wait for silverware to four years. Jose Mourinho’s 2017 Europa League triumph was the most recent addition to Old Trafford’s immense collection.

It would be harsh to say the Red Devils haven’t challenged for major honours since, especially under Solskjaer’s tutelage. Still, the risk of transitioning from serial winners to serial bottlers is apparent.

In 2017/18, Mourinho’s United fell short in the UEFA Super Cup, losing 2-1 to Champions League winners Real Madrid in Skopje. No shame in losing to a team coming off the back of their third European crown in four years, though.

Then came the FA Cup final at the other end of the season, as Eden Hazard’s penalty saw Chelsea run out 1-0 winners at Wembley.

In 2018/19, Solskjaer replaced Mourinho and guided United to the last eight in both the FA Cup and Champions League – the road to the latter included a remarkable turnaround in Paris that helped secure him the permanent managerial job.

The Reds didn’t show up against Wolves, though, losing 2-1 at Molineux, before suffering a 4-0 aggregate battering at the hands of Barcelona in Europe.

2019/20 was where the team, now fully commencing Solskjaer’s rebuild process, started to edge towards success.

A sign of progress in the Premier League by finishing third was dampened by THREE semi-final exits in the Europa League, FA Cup and League Cup.

After flopping against Chelsea and Manchester City in the domestic cups, United suffered a 2-1 comeback defeat to Sevilla in the Europa League’s one-legged format to conclude a disruption-riddled campaign.

Then came this season, where further progression was made in the league through a second-place finish, the joint-highest since Sir Alex Ferguson’s retirement in 2013.

However, the Old Trafford trophy cabinet’s long-awaited update suffered its nearest miss yet to leave a sour taste in the mouth of all fans.

First, the Reds were dumped out of the League Cup final four for a second successive season by eventual winners Man City.

Then, after being handed a favourable semi-final draw against Southampton in the FA Cup, Solskjaer’s questionable selection led to a dismal showing at – again – eventual winners Leicester City in the FA Cup.

The Europa League final was a massive glimmer of hope. The stars were aligned. Sir Matt Busby’s birthday. The 22nd anniversary of Solskjaer’s winner securing a historic treble. United were seemingly destined to kick off their haul under the baby-faced assassin.

After the events in Gdansk, which readers certainly won’t need repeating, what now? Well, all eyes are on the summer transfer window.

With Solskjaer reportedly eyeing a £300million haul ahead of the new season, United must almost certainly end their soon to be record drought sooner rather than later.

That’s if the club backs their manager with funds, something they didn’t do a year ago. They should, especially among growing talk of Solskjaer signing a new contract, but whether they will remains a mystery for now. 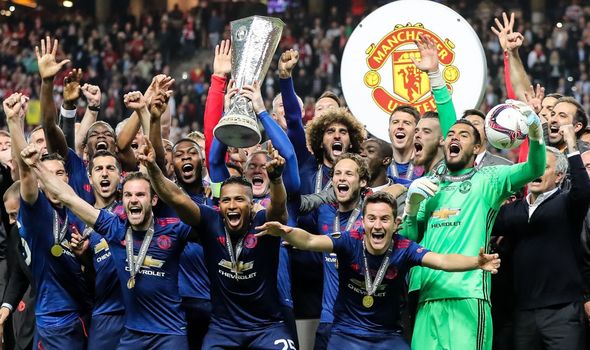 It’s improbable United can complete four deals of such a calibre in one transfer window – especially considering the lingering effects of COVID-19 – but a new player in each of the areas will put the club in great stead.

With Sancho thought to be target No 1, finally securing his services whilst bringing a new centre-back and central midfielder to Old Trafford could take Solskjaer’s team to the next level.

United are undoubtedly going in the right direction, but football is a results business, and the pressure that comes with that is apparent.

With new signings comes the increased chance of turning quarter-final, semi-final and final defeats into trophies.

But it also brings the heightened possibility of Solskjaer facing the axe if he doesn’t produce success with the players at his disposal.

The board, Solskjaer and fans will feel like the club is close to rebooting the never-ending trophy conveyor belt it’s become so famous for, and United’s summer business will prove crucial in taking that next step.