Who is laughing now? After plenty of smirks and giggles, Odion Ighalo led Manchester United to a big win over Club Brugge… and with Anthony Martial potentially out injured, his time to shine may have just arrived

Nobody is laughing at Odion Ighalo now. The ‘joke’ figure whose deadline day signing for Manchester United from China created more social media traffic than Brexit Day celebrated his first start on Thursday night with his first goal.

As the whole of Old Trafford and Nigeria celebrated the first player from that country to score for United, the 30-year-old lifted his red shirt to display a picture of his sister Mary Atole who died in December.

He may not have the natural ability of Marcus Rashford or Anthony Martial, both injured for Thursday night’s Europa League romp against Belgian league leaders Bruges, but no United striker ever showed more willingness to run for the cause. 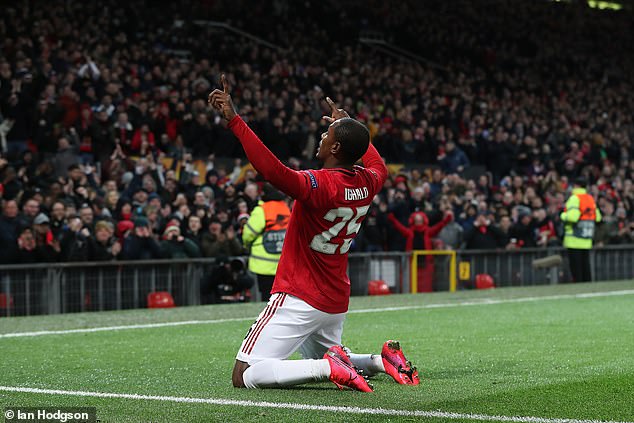 To put the Ighalo story into context, one has to remember it was less than a month ago the former Watford striker was completely off the Premier League radar playing for Shanghai Shenhua in China.

There were plenty of smirks and giggles when United, short of numbers up front, announced him as their new signing having been rebuffed in attempts to sign Josh King from Bournemouth. After all, Ighalo’s last goal in English football had been way back in September 2016, for The Hornets against West Ham.

After three cameo appearances as substitute and building his fitness with taekwondo sessions, this was his real fulfilment of a boyhood dream of playing for United, in a big European night at Old Trafford. 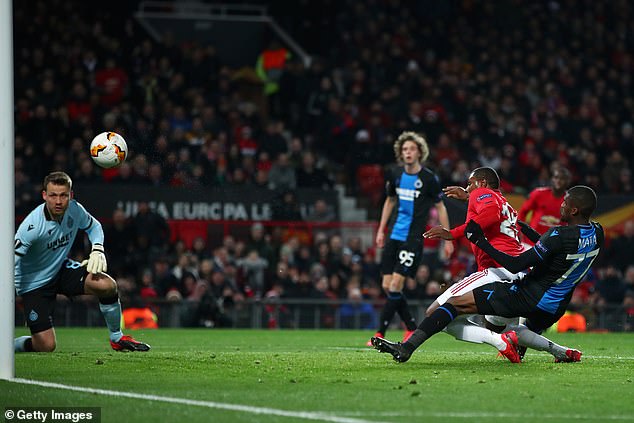 Martial’s injury in training on Wednesday had given Ole Gunnar Solskjaer little choice but to give his unlikely signing the chance to be United’s main centre-forward, a role performed in the past by a long line of greats from Tommy Taylor to Wayne Rooney

United had gained a 1-1 draw in Belgium last week and Ighalo’s energy was perfect for the fast start Solskjaer wanted in the second leg.

At times, his movement appeared too frenetic for his team-mates – Bruno Fernandes opting to shoot rather than pass to him in one attack.

But Ighalo also showed he is more comfortable in holding the ball up with his back to goal and linking play than Martial. His strength kept United in possession for the move that changed the game after 22 minutes.

Daniel James’ shot was blocked by the outstretched left wrist of Bruges defender Simon Deli who was sent off as Fernandes dispatched the penalty after a VAR delay to put United ahead. 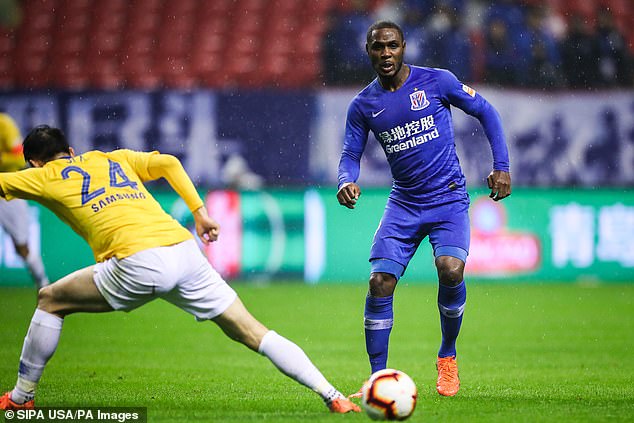 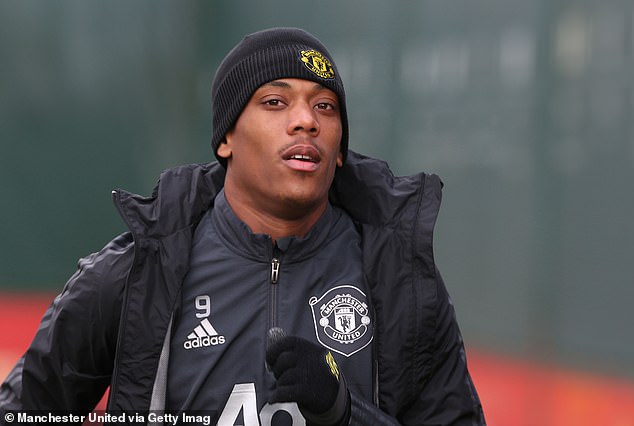 Anthony Martial (pictured in training yesterday) is out injured, meaning Ighalo has his chance

Ighalo, who was also happy to challenge ex-Liverpool goalkeeper Simon Mignolet in the air, had his big moment after 34 minutes.

Juan Mata turned Fernandes’ cross first-time back across the area and Ighalo finished like a fox in the box, tumbling as he stabbed home a right-footed finish from six yards.

Ighalo lifted his United shirt in dedication to his sibling and United’s support were able to relax knowing a place in the last-16 was virtually secured.

Scott McTominay added a United third before the interval and Ighalo’s growing confidence was underlined by a sharp turn and shot well saved by Mignolet, both players unaware the offside flag had been raised.

With the tie won, the second half was predictably played at a slower pace. Ighalo deserved to come off top gear having put so much effort into the opening 45 minutes.

Nevertheless, he wasn’t far away from adding his second goal from the evening, sniffing around the six-yard box as Tahith Chong’s cross pinballed about. Solskjaer, a noteworthy goalscorer himself, will have appreciated the positions Ighalo took up. 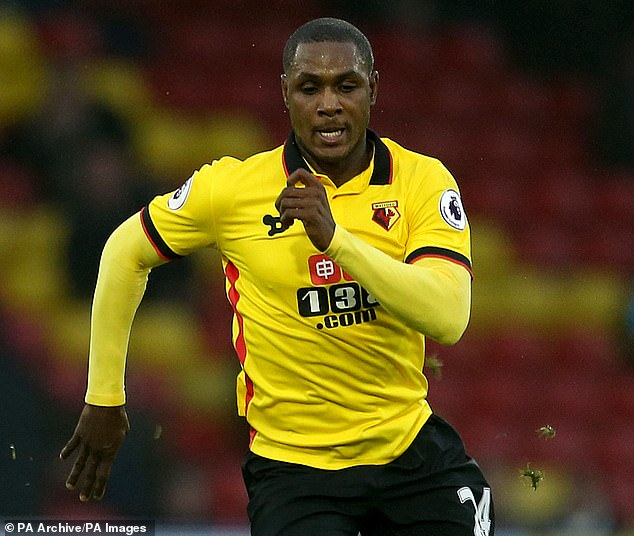 Now back in English football, the former Watford man has vowed to make his mark

When Mason Greenwood came on as United’s final change after 71 minutes, it was McTominay rather than Ighalo who made way, confirming the Nigerian would play the full 90 minutes, all of it centrally. Fred added late fourth and fifth goals for United.

It’s uncertain how long Martial will be out for, though United hope not for long and he could face Everton on Sunday. Nevertheless, Ighalo’s promising start to his Old Trafford career may yet turn out to be more significant than twitter users thought on January 31.