Nottingham Forest have revived their bid to sign Maxwel Cornet from Burnley.

The Ivory Coast international has a £17.5million release clause but Everton and Fulham have been proposing loans or £5m up front with £20m next summer.

Despite Burnley’s relegation, Cornet impressed at the club, scoring nine goals across the season. 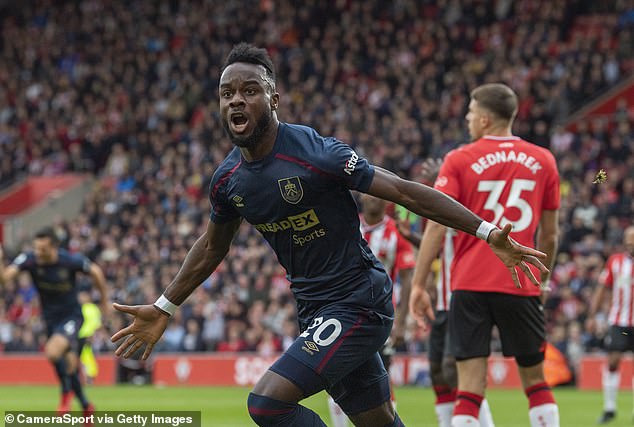 Cornet impressed despite Burnley’s relegation, scored nine goals in 28 games for the Clarets

Forest are pressing ahead with their offer but a deal for Watford striker Emmanuel Dennis now looks to be off.

Dennis scored ten goals for Watford during the season, but was unable to save them from relegation either.

The Nigerian international joined the Hornets last summer from Belgian side Bruges for a transfer fee of £3m.