Norwich City have agreed to sign Luxembourg international Danel Sinani from F91 Dudelange on a three-year deal, the club announced on Friday.

The 23-year-old has agreed to a pre-contract with the Canaries and will join them ahead of the 2020/21 season.

Norwich are currently bottom of the Premier League and are four points adrift of Aston Villa and six points off Bournemouth, with the Villans and the Cherries making up the other teams in the relegation zone.

With the current season suspended due to the coronavirus pandemic, Norwich took the decision last week to furlough staff members who aren’t able to work – including part-time and casual staff.

However, the club have pressed ahead with signing Sinani, who according to The Sun, had met Carrow Road officials before coronavirus swept across Europe.

The Serbian-born striker has scored 24 goals in 30 appearances in all competitions this season for F91 Dudelange.

He also impressed during the club’s Europa League campaign and scored four goals in five games, including a brace against Sevilla.

“He’s pretty interesting because he can play more or less all offensive positions.

“He also has great ability in terms of end product, scoring many goals and delivering many assists.

“Luxembourg is a completely different level so we will need to give him some time, but he has proven he can deliver in the Europa League.

“It’s a sign of our way that we give interesting talents the chance to impress.” 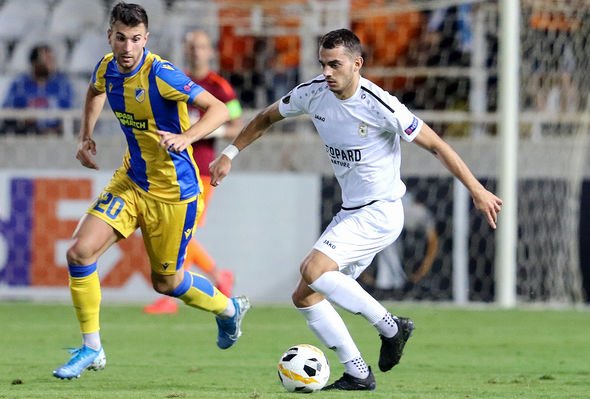 As for Sinani, the striker insisted he is excited about making the switch to Carrow Road.

“Norwich is a very big club with many good players,” he said.

“I will try to do my best and try to continue to hopefully score goals and to help the team to get in a high position.

“I’ve heard a lot of good things about Norwich City and I’m really excited to join you guys in the summer.”