Norwich 3-0 Luton: Daniel Farke’s side extend their lead at the top of the Championship to ten points after their seventh successive league victory

Death, tax, England batting collapses and Norwich City winning. The Canaries are turning what might have been a thrilling Championship title race into a procession.

This was a seventh consecutive victory, maintaining their canyon-like 10-point lead at the top of the table with eleven games remaining. The last time they achieved such a sequence, two seasons ago, they won promotion to the Premier League.

But Daniel Farke’s side are well beyond omens now. They’ve taken such an impressive grip on the division, its calculators at the ready to figure out when their elevation is mathematically secure. Sometime just after Easter probably, at this rate. 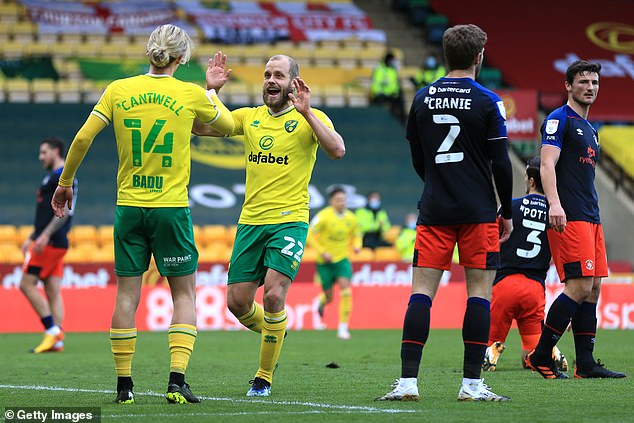 Teemu Pukki’s two goals and Todd Cantwell’s solo strike did for a Luton side who held the distinction of being one of the few in the Championship to have beaten Norwich this season.

Taking his personal tally to 20 for the season, Pukki offered the clinical touch to the creativity of Cantwell, Emiliano Buendia and others. Just as he has all season, really.

Pukki came close to a first hat-trick since Norwich’s memorable win over Newcastle at the start of last season with an audacious effort just before half-time. But Cantwell scored a fine third to remove any lingering doubt.

Luton are a solid mid-table side and started really strongly here but once behind, they had little answer to a Norwich side whose defensive solidity and game management is superior even to their last promotion season.

Farke insisted Norwich wouldn’t be enjoying their important midweek win over Brentford, saying that even with an impressive 73 points already on the board with 12 games left, there could be no complacency. 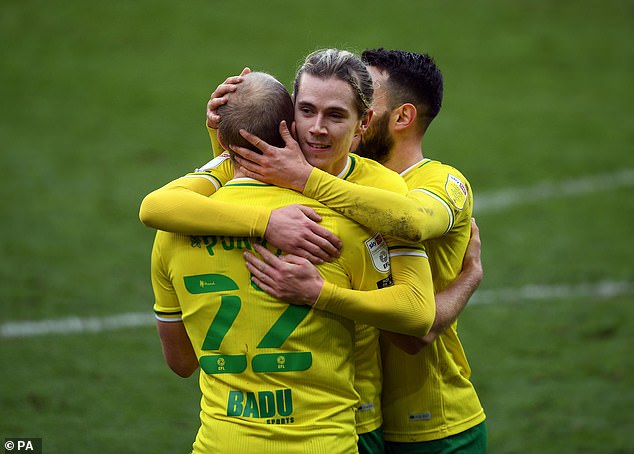 Pukki, in the running for the Championship Golden Boot, scored again just before half time

The opening exchanges here illustrated precisely what the German was guarding against.

Encouraged by the knowledge they’d already got the better of Norwich twice this season – in the Carabao Cup back in September and the reverse league fixture in December – Luton fancied their chances in a shoot-out.

Inside the opening five minutes, George Moncur had stormed down the left and delivered a cross that James Collins stabbed wide at the near post.

Collins came even closer a few moments later. Cantwell was carelessly caught in possession by Luke Berry and Tom Ince slid a ball across the Norwich box. Collins, just about onside and on the slide, saw his effort bounce back off the post.

It was all Luton and even defender Matty Pearson chanced his arm from 25 yards, spinning and switching onto his right boot before flashing an effort uncomfortably close. 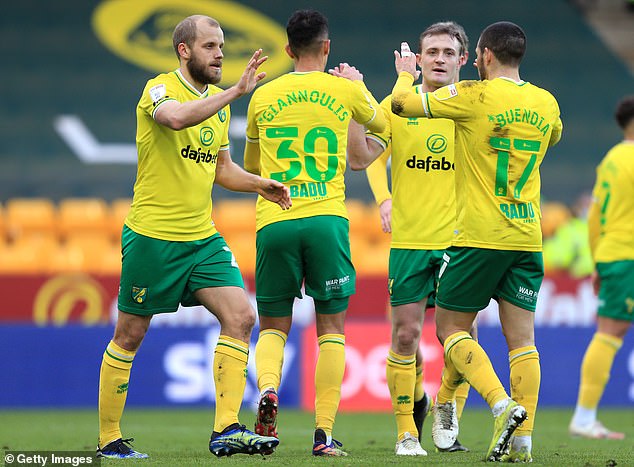 Unfortunately, Luton’s bright opening only succeeded in angering the beast. Within seconds of Pearson’s chance, Norwich flicked a switch and led with their first attack.

A delightful move it was, too. Left-back Dimitrios Giannoulis moved the ball onto Lukas Rupp, surprisingly deployed in the No 10 role by Farke, and he slipped it to Cantwell.

His touch was divine, bringing the ball under his spell and he drove onwards to just outside the Luton box. His cut-back found Pukki infield and the Finn did the rest, a sweet rising finish high into the net for his 19th goal of the season.

The breakthrough handed Norwich a semblance of control and they dominated possession for the remainder of the half. It wasn’t exactly wave after wave of attack but there were some moves that were pleasing on the eye.

One sweeping attack saw Pukki find Cantwell and continue his run, taking a through pass from the Englishman and wrong-footing Pearson with a cut inside.

The goal was again at his mercy and Pukki aimed for the far corner, only to be denied by Simon Sluga’s outstretched hand. 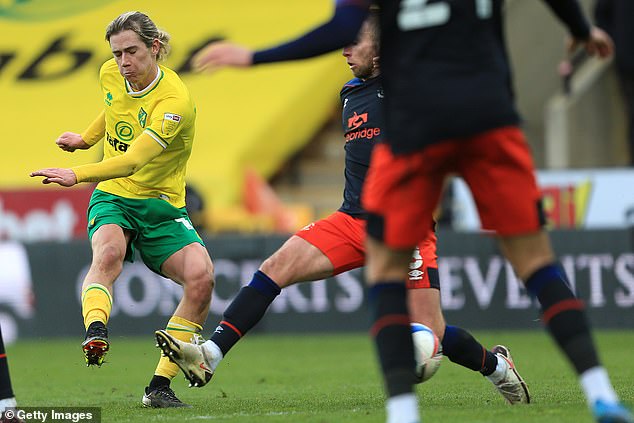 But Pukki wouldn’t be denied and there was a distinct ‘game over’ feel when he netted again two minutes before the break. Cantwell threaded a pass into Rupp who touched on to Buendia just inside the Luton box.

The Argentine fired for goal while being charged down by two defenders. The ball looped off them to the back post, where Pukki was sliding in to score despite Sluga’s best efforts.

And he almost completed his hat-trick in outrageous fashion in stoppage time. Buendia fed him the ball and Pukki improvised with an instinctive backheel flick – a scorpion kick, if you like – that was dropping in and Sluga had to turn over.

The consensus on Twitter was that Pukki could have won the FIFA Puskas Award for goal of the year had it found the net and it was hard to disagree.

The second-half was light on entertainment. Nathan Jones made a triple substitution on the hour in search of a route back but the fresh legs couldn’t provide the impetus needed.

And with 17 minutes left, Cantwell collected the ball wide on the left, was allowed to drift inside and found the bottom corner from the edge of the area. Get the champagne on ice. 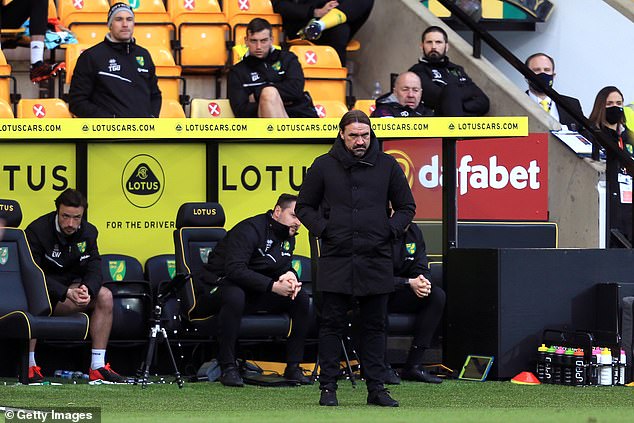