Brazil can breath an enormous sigh of relief after it was reported that Neymar would be fit enough to play a part in the remainder of their World Cup campaign.

Neymar injured his ankle in a collision with Nikola Milenkovic in Brazil’s opening round win over Serbia and after trying to continue, was withdrawn for Manchester United’s Antony in the 80th minute.

Fears over his availability for Brazil for the rest of the tournament in Qatar had been heightened when he was seen in tears on the bench with his shirt over his head as a team of physios inspected his ankle.

A photo later emerged showing his ankle to be extremely swollen. It is an area of his body that he has experienced some difficulty with over his career.

According to Sport, a Spanish publication, however he will be fine to play some part in the remainder of Brazil’s tournament. A return date of the last 16, with Brazil likely to play their last 16 tie on December 5.

The report states that the Brazilian’s entourage have already said that it’s not a serious injury. They say that he will definitely not play in their next group game against Switzerland on November 28 and should they win, will also not be risked against Cameroon on December 2.

After the win over Serbia, Brazil’s team doctor Rodrigo Lasmar had said that they would not know for a day or two the extent of the injury..

‘Neymar has a right ankle trauma,’ said Lasmar. ‘Due to the impact that he had with the knee of the Serbia player we immediately started the treatment when he was on the bench. 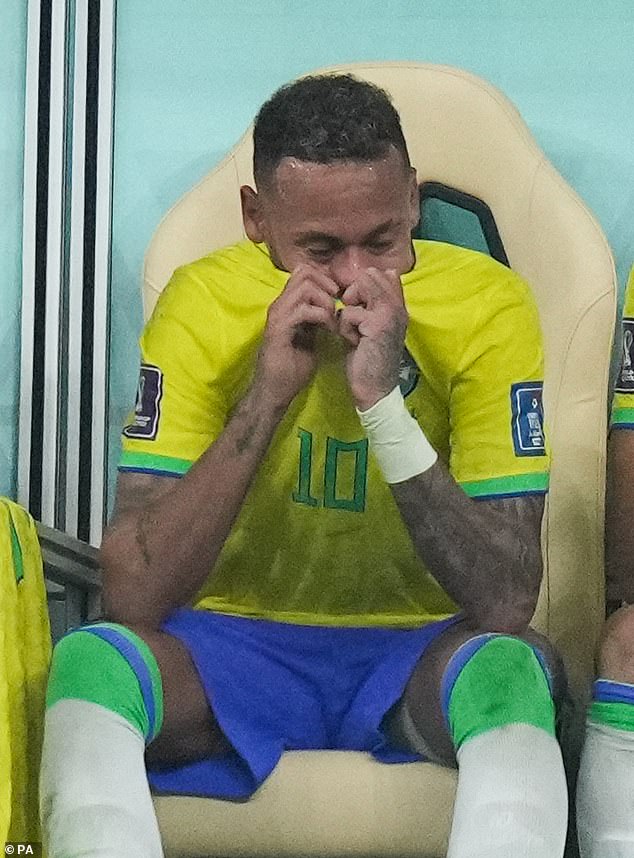 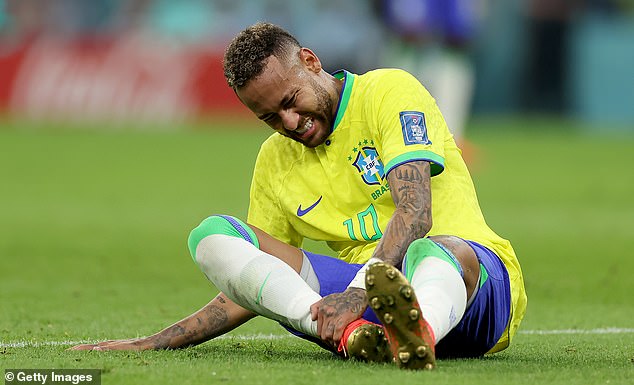 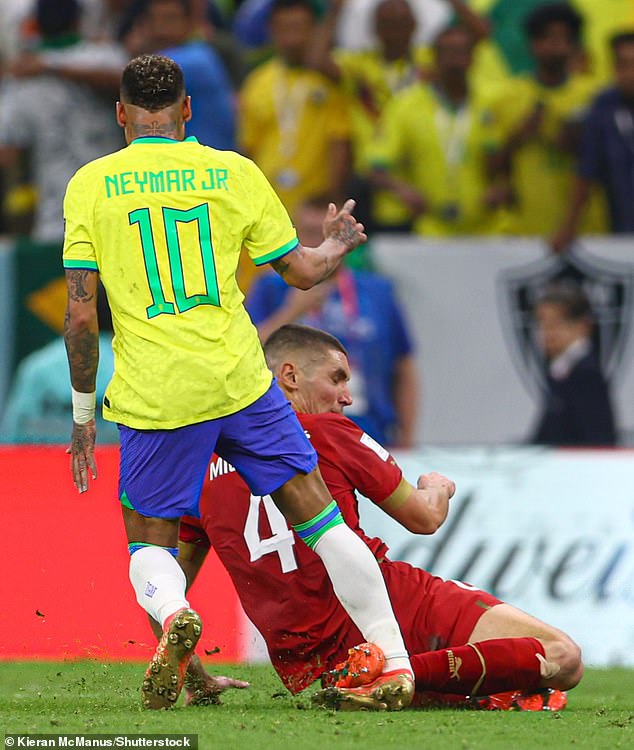 ‘With physiotherapy, we need to wait 24 to 48 hours. We have not scheduled an MRI and tomorrow we will have a new assessment. We need to wait. We can’t make any premature comments on his condition.

‘He stayed on the pitch and continued playing for 11 minutes, before he was substituted.’

It had been feared that it was set to be a repeat of the 2014 tournament, when Neymar, who had in essence carried Brazil to the quarter-final stage, was stretchered off after injuring his back against Colombia. 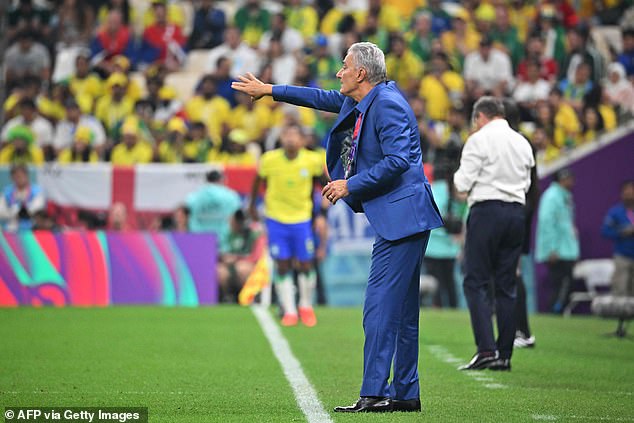 Though Brazil went on to win the game, his injury had a profound impact on his team-mates and seemingly contributed to their astonishing downfall in the semi-final, losing 7-1 to eventual winners Germany.

Though Tite has a rich array of attacking talent from which he can call upon, Neymar is undisputedly Brazil’s key player and surely holds the keys to any hopes they have of winning their first World Cup crown since 2002 – their sixth in total.