‘It is a big frustration’: Steve Bruce’s Newcastle facing injury crisis with up to eight players out for final two games and will look at ways to improve with ‘far too many’ sidelined during season

Newcastle head coach Steve Bruce is facing an injury crisis for the final two matches of the season with up to eight players out.

Fabian Schar is expected to have an operation on the dislocated shoulder he sustained in midweek against Tottenham while winger Allan Saint-Maximin is a doubt for Monday’s trip to Brighton with a calf problem.

With Florian Lejeune, Isaac Hayden, Sean Longstaff, Paul Dummett, Ciaran Clark and Jamaal Lascelles all nursing injuries Bruce admits he plans to take a closer look at the situation to see if there is an underlying issue.

Fabian Schar, who has a dislocated shoulder, is one of a host of Newcastle players out injured

‘We are without seven, possibly eight – five of them are centre-backs, which is just ridiculous so it is a big frustration of ours at the minute,’ he said.

‘Most people accept you will have one or two or three but seven or eight is a big number, especially when five are centre-backs and two are middle of midfield players.’

Bruce admitted that he will be assessing whether there is anything Newcastle can do to improve their injury problems in the future. 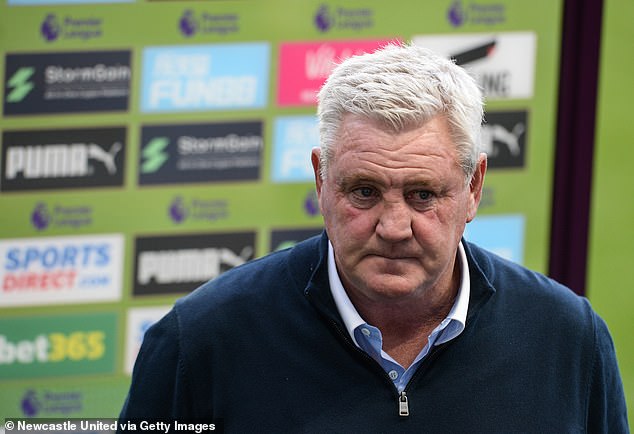 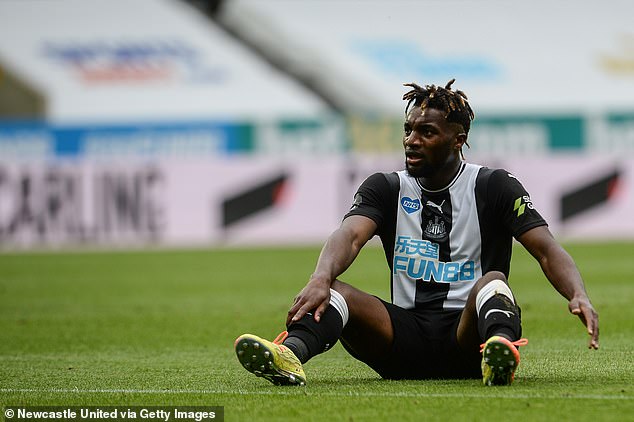 He said: ‘We knew there would be difficulties ahead but not to this severity. The impact ones are nothing you can do about it, it is part and parcel of football, but we’ve had our fair share, probably too many.

‘I will look and ask the question ‘Is there anything we can do to improve?’ as over the season we have had far too many – especially when we are playing Saturday-Tuesday-Saturday we can’t seem to cope.’

After facing Brighton on Monday, Newcastle conclude their season next Sunday with a home game against champions Liverpool.

Bruce’s side, who are in 13th place in the table, have lost their last three games in succession.