Newcastle boss Steve Bruce is prioritising a move for Celtic star Odsonne Edouard over Rangers ace Alfredo Morelos. Bruce has had a series of video calls with the Magpies’ transfer team in the past few weeks as they are trying to pick the right striker to solve their goalscoring problems.

I would like to become the best striker in the world

According to the Daily Star, the Toon boss appears to have decided to go after Edouard, who has been in incredible form this season for the Hoops as he has scored a total of 27 goals in 45 appearances across all competitions.

Bruce has also been keeping tabs on Celtic’s rivals Rangers as he has been considering a bid for star striker Morelos, who has netted 29 goals in 46 matches for Steven Gerrard’s team.

But Newcastle appear more keen on bringing Edouard at St James’ Park ahead of next season.

Celtic, however, won’t let their star striker go easily as they rate him as their best talisman since the glory days of Henrik Larsson.

But the Scottish champions may ultimately have to let the Frenchman go if they receive an offer north of £30million, just like they did with Moussa Dembele in 2018 when he joined Lyon.

Newcastle are also likely to face some stiff competition for the France Under-21 international as Premier League rivals Everton are keeping tabs as well. 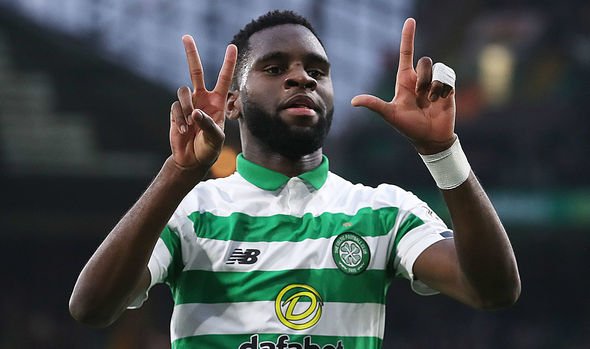 Lyon are also considering a bid as they face the prospect of losing Dembele, who has been linked with a move to Chelsea.

Edouard initially joined Celtic on loan in 2017 from Paris Saint-Germain, following a short stint at Toulouse.

The 22-year-old signed a permanent deal with the club a year later and has since scored 60 goals in 126 appearances for Neil Lennon’s side and has also won two back-to-back Scottish Premiership titles.

Edouard is not paying any attention to transfer speculation as he is concentrated on Celtic and is looking to win another title once the season resumes.

He previously said: “I would like to become the best striker in the world.

“One of the best strikers anyway. I don’t know when that will happen. I live day to day and I enjoy my life.

“We will see in time. Today I’m at Celtic, I have two years left on my contract, I’m very happy here and I enjoy myself.

“For now, there’s still two years on my contract, and I am more focused on the five months that we have left for the rest of this season and the two titles we are competing for. And then we’ll see what happens after.”