Liverpool centre-back Nat Phillips has inked a new long-term contract with Jurgen Klopp’s side until 2025.

The commanding defender helped the Reds steady the ship after their campaign was hampered by an injury crisis at the back.

Phillips impressed in 20 appearances but it had been thought he would leave Anfield after the Reds bolstered their ranks with the £36million addition of Ibrahima Konate.

However, in the absence of a reasonable offer for Phillips, who the club rate at around £15m, he has put pen to paper on a fresh deal.

The 24-year-old told the club’s website: ‘Obviously after last year, it’s really nice to get that reward from the club. I’m happy to be sticking around and being available if the club need to call on me again.

‘I’m excited for the next chapter and just to see what that brings.

‘It is nice that the club has shown me that recognition and hopefully I can bring more of the same with whatever opportunities come my way.

‘Over the off-season I had a bit of time to reflect on what had happened throughout the season, how it ended and to be proud of that,’ Phillips added.

‘But like I’ve said in previous interviews, you don’t want to dwell on that too much and you want to look forward and see if you can continue to push in a positive direction.

‘Obviously it was a dramatic change, no-one saw it coming, I didn’t see it coming – the circumstances that unfolded whereby I ended up playing regularly for Liverpool’s first team.

‘For anybody playing for Liverpool’s first team, that is going to be life-changing. For me it’s the same. Obviously it’s brought about this opportunity as well.’ 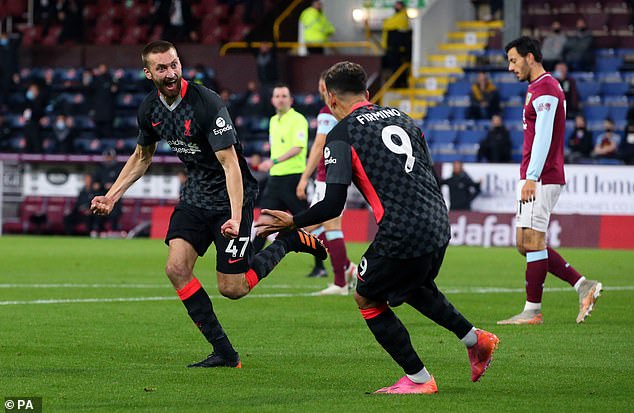 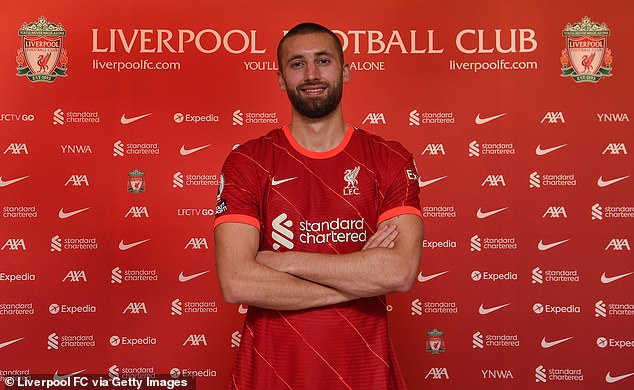 Young defender Rhys Williams was also called upon last season by Klopp but has joined Championship side Swansea on a season-long loan.

But he has yet to feature and is likely to have to bide his time for another opportunity.