Insigne, 30, has been unable to agree a new deal in Naples and with his contract expiring at the end of 2021-22 questions have been raised as to what the future holds.

Following reports in Sky Italia and MediaSet, reports have since emerged in the US with Michael Singh, a writer for the official MLS website, confirming a deal has been struck to take Insigne to Canada in June.

For Toronto, they could yet push to seal any deal in January with a fee as a sweetener but with Napoli facing big games in the league, as well as a European tie against Barcelona, that avenue could prove unlikely.

Not everyone is impressed by the prospect of Insigne moving to MLS, though, with the player’s former agent Antonio Ottaiano bemused.

‘It’s a lifestyle choice more than a career one,’ Ottaiano told Radio Marte.

‘A decision like this means playing a very different type of sport. It’s exhibition football, not a proper competition. 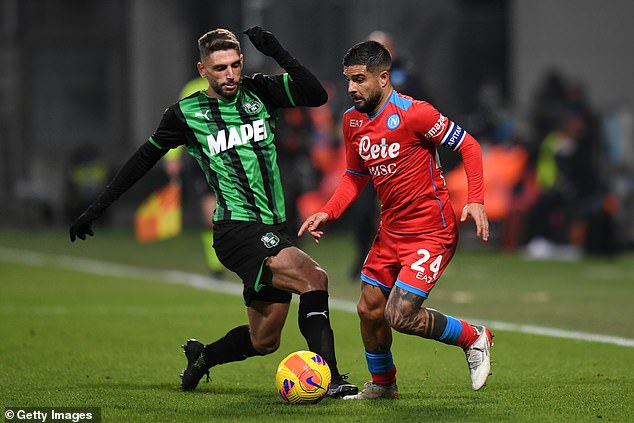 ‘We’d need to see what his priorities are, who he is getting advice from.

‘Naturally, we Italians struggle to understand a move like this, yet Giovinco did it. Only those who are in this situation can understand how much the salary pushes them to accept or not.’

It would be quite a move by Insigne given he has spent his entire professional career signed with Napoli – with loan spells at Cavese, Foggia and Pescara his only experience at other sides.

He has become a key pillar at Napoli in the last nine years and has 114 goals to his name in Napoli blue.

Any move to Toronto would see him walk the road trodden by Sebastian Giovinco six years ago when he swapped Juventus for MLS. 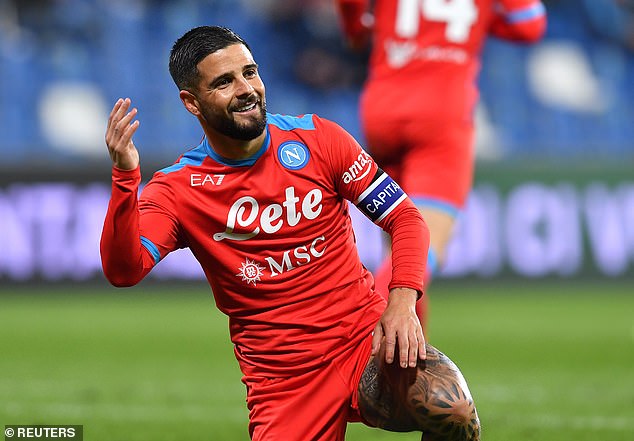 Giovinco was 28 when he made the switch to Canada as he became one of their Designated Players.

The former Juventus player was believed to have taken a salary of around $5.6m (£4.2m), as per NBC.

That same report details that should Insigne head to Toronto FC he is set to sign a MLS record contract of a $13m (£9.7m) base salary, plus $5m (£3.7m) in add ons and bonuses.