Jose Mourinho has led a rally cry for the return of football in England by claiming it’s the game’s responsibility to give the fans what they want.

Football in England has been postponed since March due to the coronavirus pandemic but is due to restart in June with the Premier League sides already getting back to training ahead of its resumption.

There have been fears over players picking up injuries due to not being match fit ahead of the restart, but the Tottenham Hotspur manager insists that these are all typical of a normal pre-season campaign and that it is time for action to resume.

‘I think, football… we shouldn’t be selfish, we shouldn’t demand too much. It’s our time to give,’ he told Spurs TV.

‘For example, when players play Euros and World Cups, they barely have a holiday, they don’t have pre-season, they come direct from holiday and sometimes they train less than a week to play the first Premier League match. 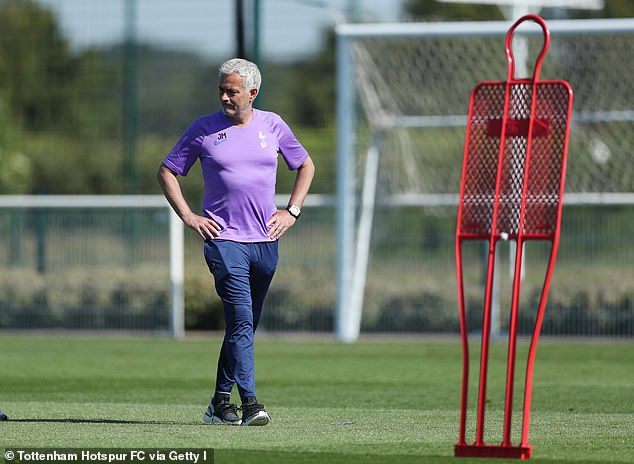 Pictured at Hotspur Way this week, the Tottenham boss believes it is now time for football to give the fans what they want by returning to action

‘We cannot ask for more than the authorities are giving us, which is the maximum security, and I think now it’s time just to play and to give people what people want.’

Mourinho can be buoyed by the potential of a restart as he will now have key players back to full fitness including Harry Kane, Son Heung-min and Steven Bergwijn.

The trio’s injuries had left Spurs’ attacking options all but decimated before the virus put the game on halt back in March.

The Spurs boss though admits he lay-off has not been easy to deal with following the uncertainties over this season’s fate and the impact on the 2020-21 campaign. 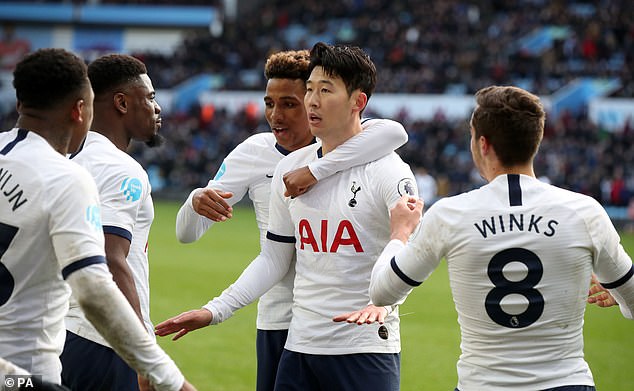 Following an injury crisis before the coronavirus pandemic, Spurs can look forward to having their first-team stars back including Son Heung-min

“I was telling [Sky Sports’] Geoff Shreeves the other day, we were coming here singing The Rolling Stones’ music, ‘I’m a ghost living in a ghost town’, because we are using to coming here and it’s full of life, lots of people – suddenly you come in, just us’, he added.

‘It was really hard. It was strange, but at the same time we were always wishing that this period, sooner or later, would arrive. There was a moment we were all scared about when we start. The season is over? Next season will start September, October, November… who knows?